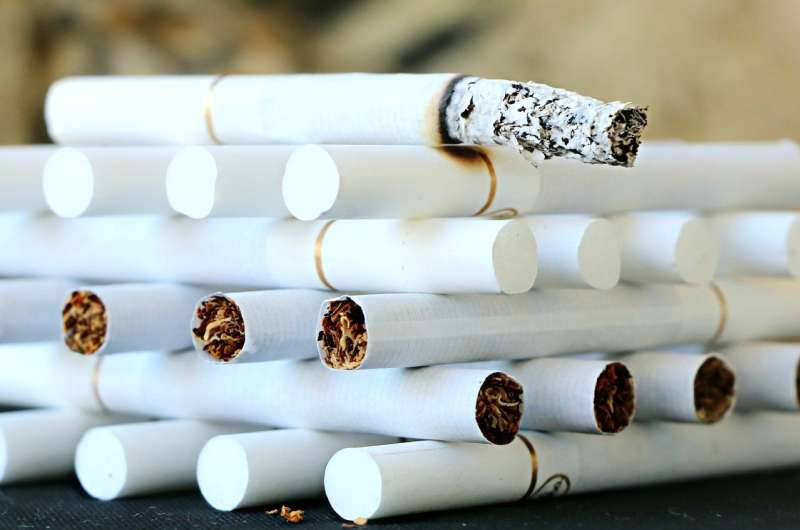 Tobacco companies handsomely incentivize retailers around the world to follow harsh requirements related to selling and marketing tobacco products through contracts that fly under the radar of both consumers and policymakers.

These agreements allow tobacco manufacturers to give their products primary placement in stores, discount their pricing and target specific demographics. Such rigorous control undermines ongoing public health efforts to decrease tobacco use, especially in settings where products are easily accessible, according to a new study by the University of North Carolina Gillings School of Global Public Health.

“Tobacco industry contracts with retailers undermine tobacco control efforts by ensuring tobacco products are given prime placement to all customers, young and old, and by keeping cigarettes discounted,” said the study’s lead author, Allie Reimold, MA, a doctoral student in the Department of Health Behavior.

A review published recently in Tobacco Control examined studies conducted between 1991 and 2020 on the elusive contracts between retailers and tobacco companies. It is the first systematic review of research on this topic from countries across the globe, including the United States, Australia, the United Kingdom, South Korea, Canada, New Zealand and Indonesia.

Most studies found tobacco contracts to be highly prevalent and often unavoidable, with retailers participating in them to keep their business financially viable. Contract requirements targeted the retail setting through the “Four Ps” common in marketing practice: placement, promotion, price and product.

The most common requirements involved maximizing the visibility of tobacco products and advertising placement to increase sales.

Many stores were also required to meet an agreed-upon sales volume or frequency, increasing retailers’ desire to push a large number of tobacco products. This involved representatives from the tobacco company visiting retailers, often unannounced or under the guise of a mystery shopper, to directly manage the placement and promotion of tobacco in the store. Some contracts even required store clerks to verbally promote and recommend specific products to customers.

Through these contracts, tobacco companies have control over prices, compelling retailers to buy down products that offset nearby high-tax jurisdictions. Multiple studies also reported that tobacco companies targeted specific groups based on age, gender identity, race, location, commitment to a specific brand or length of tobacco use. This was especially clear in findings on a menthol outlet contract from RJ Reynolds that targeted predominantly Black neighborhoods.

While retailers were often given substantial incentives—including monetary awards, vouchers, event tickets and other lavish gifts, such as all-expenses-paid trips to Fiji, luxury cars and once-in-a-lifetime experiences—these deals came at the expense of ceding store control to tobacco companies. Compliance with requirements was often enforced at the threat of sanctions or loss of incentives, which could be detrimental to a retailer’s operation.

As a result of these contracts, retailers often opposed public health policies and became vocal allies of policies that benefited the tobacco manufacturers that kept them in business.

Ribisl noted that “contracts between tobacco manufacturers and retailers may not be well known, but the tobacco industry has ensured that their deadly products are given prime placement at stores because ‘eye level is buy level.'” Jurisdictions are now starting to ban retailer contracts, given their role in promoting youth and adult tobacco use by making cigarettes cheap and widely available.”

To reduce the harm caused by these contracts, the researchers suggest that lawmakers and public health officials implement policies banning them outright, along with buydowns, advertising and tactics that allow tobacco companies to exploit loopholes in wholesale advertising regulations. Studies examining existing policies that ban these contracts have shown that supplemental policies and enforcement of compliance may also be necessary.