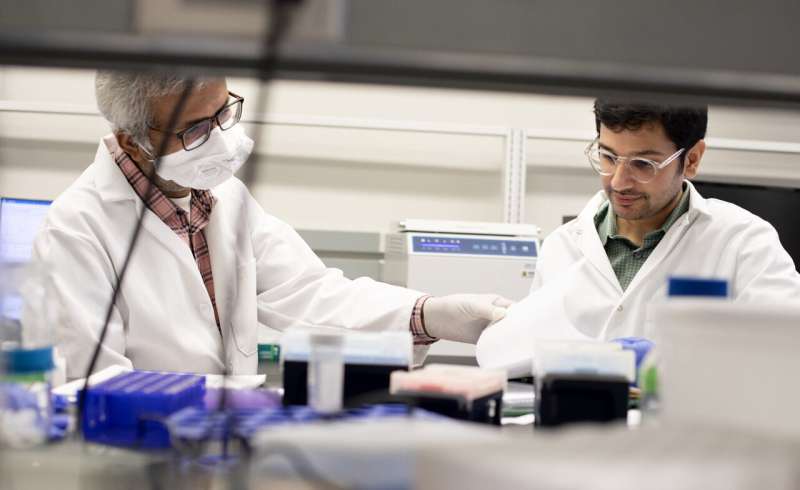 The way that tumor cells enable their uncontrolled growth is also a weakness that can be harnessed to treat cancer, researchers at the University of Michigan and Indiana University have shown.

Their machine-learning algorithm can identify backup genes that only tumor cells are using so that drugs can target cancer precisely.

The team demonstrated this new precision medicine approach treating ovarian cancer in mice. Moreover, the cellular behavior that exposes these vulnerabilities is common across most forms of cancer, meaning the algorithms could provide better treatment plans for a host of malignancies.

“This could revolutionize the precision medicine field because the drug targeting will only affect and kill cancer cells and spare the normal cells,” said Deepak Nagrath, a U-M associate professor of biomedical engineering and senior author of the study in Nature Metabolism. “Most cancer drugs affect normal tissues and cells. However, our strategy allows specific targeting of cancer cells.”

This approach is known as collateral lethality—using information gleaned from genes that cancer cells discard to find weaknesses. The human body comes with many mechanisms designed to protect against cancer. Cancer cells themselves used to contain suppressor genes that prevent their spread. Those cells however, have a clever strategy for dealing with that; they simply delete a portion of their DNA—the part that includes those suppressor genes.

In doing so, the cells typically lose other genes that are necessary for survival. To avoid death, the cells find a paralog—a gene that can serve a similar function. Usually there are one or, possibly, two genes that can step in and perform the same function to keep the cell alive.

What if you could identify the right paralog and target it in a way that shuts down its vital function for the cell?

“When a direct replacement for the deleted metabolic gene is not available, our algorithms use a mathematical model of the cancer cells’ metabolism to predict the paralogous metabolic pathway they might use,” said Abhinav Achreja, a U-M research fellow in biomedical engineering and lead author on the research paper. “These metabolic pathways are important to the cancer cells and can be targeted selectively.”

Attacking metabolic pathways essentially shuts down the cell’s energy source. In examining ovarian cancer cells, U-M’s team zeroed in on one gene, UQCR11, that was often deleted along with a suppressor gene. UQCR11 plays a vital role in cell respiration—how cells break down glucose for energy in order to survive.

Disturbances in this process can lead to a major imbalance of an important metabolite, NAD+, in the mitochondria, where respiration takes place. Despite all odds, ovarian cancer cells continue to thrive by relying on their backup plan.

U-M’s algorithm correctly sorted through multiple options and successfully predicted a cell missing UQCR11 would turn to the gene MTHFD2 as its backup supplier of NAD+.