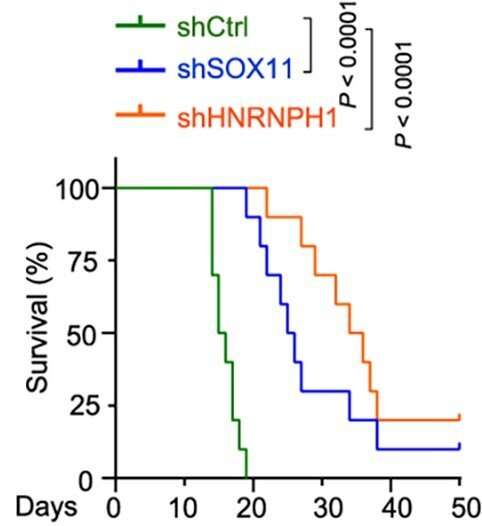 Studying mice has filled encyclopedias with breakthrough medical discoveries. But when it comes to brain cancers, the little rodents have long exhibited fundamental limitations.

Among them: the human cerebellum has 750 times as much surface area as a mouse, all of it laced with more types of progenitor cells that help the fetal brain grow during pregnancy. That means many things can go wrong in human brain development that simply cannot be seen by studying mice.

Now a multinational team of scientists led by experts at Cincinnati Children’s has developed an “atlas” of human fetal brain development so detailed that it details growth steps all the way down to changes occurring at the single-cell level. Details were published Nov. 30 in Nature.

The investigators say this atlas will be a vital resource for brain research for years to come. In fact, it has already opened doors that someday may improve lives.

“This study took the effort of 40 experts for nearly three years to complete. Their work included dozens of experiments using several of the very latest technologies in genomic science to reach this point,” says senior author Qing Richard Lu, Ph.D., scientific director, Brain Tumor Center, Division of Experimental Hematology and Cancer Biology at Cincinnati Children’s. “It was worth so much effort because this new map guided us to a targetable vulnerability for therapeutic intervention of aggressive medulloblastomas.”

Hunting cell-by-cell to pinpoint the birth of a killer

Medulloblastomas are fast-growing malignant tumors that form in the back of the brain. They often disrupt balance and fine motor skills before going on to cause further damage.

Now, thanks to data from the new fetal brain atlas, scientists have discovered a collection of progenitor cells (cells that make other types of cells) that give rise to group 3 medulloblastomas. This population of cells is rare in mouse brains, and exists only temporarily in the human brain as one type of cell morphs into another during fetal development.

The team found these cells by comparing vast collections of data from brain tissue that developed tumors and tissue that did not. Now they have defined a hierarchy of cell formation as the brain grows, plus the trajectories or paths that progenitor cells follow as they form new types of brain cells or tumor cells under pathological conditions.

After identifying this new progenitor cell population as a potential root of group 3 medulloblastoma, the research team turned again to mouse models to learn if the newly discovered progenitor cells could be attacked. They found that eliminating or sharply reducing the activity of either of two genes, SOX11 or HNRNPH1, highly abundant in the progenitor cells, reversed tumor formation triggered by hyperactivity of the cancer-driving MYC gene.

When mice were given human tumor cells with high levels of MYC but lacking these genes, tumor growth was inhibited and the animals survived longer.

“This is exciting because these genes may serve as a potential target for future therapy of aggressive medulloblastoma,” Lu says.

Early success in mouse models represents the first step in a journey that could still take years to produce a treatment to help future children diagnosed with this aggressive form of brain tumor.

Developing a test to detect the activity of the two MYC-regulating genes could help identify patients who may benefit from more aggressive chemotherapy in the clinic. Lu and colleagues also have begun work on identifying small-molecule compounds that can target the pathways supporting the aggressive subset of medulloblastoma.

“While this study focuses on medulloblastoma, the new atlas will help accelerate understanding of other conditions that result from disruptions in healthy early brain development, such as autism, attention deficit-hyperactivity disorder (ADHD), and developmental dyslexia, and pediatric cerebellar damage,” Lu says.