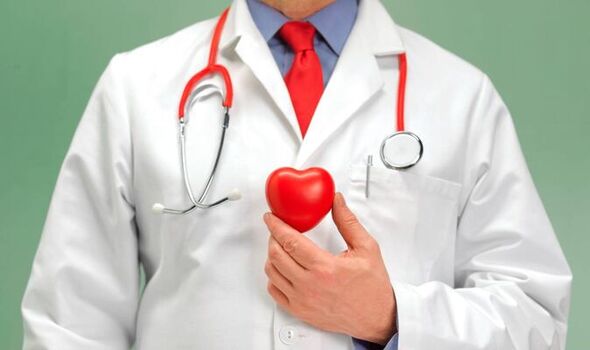 And those with a high-pitched tone are more than twice as likely to suffer from major heart problems related to clogged arteries, a study says.

Scientists have developed a “screening tool” to help identify those most at risk – with certain voice features linked to coronary disease.

Dr Jaskanwal Sara, of the Mayo Clinic in the US, said: “There’s a huge opportunity for voice technology.”

The researchers do not know exactly why a person’s voice is linked to their heart health, but believe the “autonomic” nervous system could be an important piece of the puzzle.

This acts largely unconsciously and regulates functions such as heart rate, blood pressure and digestion.

Dr Sara explained: “It is possible the voice could provide clues about how the autonomic nervous system is functioning and, by extension, provide insights into cardiovascular health.”

Some 108 patients who had been referred for an X-ray to assess the condition of their heart’s arteries were recruited a few years ago.

For the third recording, they were asked to do the same about a negative moment, before all three samples were analysed by the app’s algorithm.

Dr Sara said: “Providing a voice sample is intuitive, even enjoyable, for patients and could enhance patient management.”

The AI-based system was trained using more than 10,000 voice recordings from Israel, but is not ready for clinical use. It can pick up on 80 different features, such as frequency, amplitude, pitch and cadence.

Six features were linked to coronary artery disease (CAD), which were combined into a score expressed as a number between minus one and one.

Dr Sara added: “We can’t hear these particular features. This technology is using machine-learning to quantify something that isn’t easily quantifiable for us using our human brains and ears.”

Over the next two years, 58.3 per cent of participants with a high voice visited hospital for chest pain or heart problems including heart attacks. In contrast, only 30.6 per cent of those with a low pitch ended up needing treatment.

Overall, those with a high voice were 2.6 times more likely to suffer major problems associated with CAD.

Similar technology has been tested on disorders including Parkinson’s disease, Alzheimer’s and Covid-19.