Earlier this week Georgia Democratic gubernatorial nominee Stacey Abrams corrected a popular anti-abortion claim that a fetus has a heartbeat at six weeks of pregnancy. Abrams, who is running a campaign centered on abortion access to unseat Republican Gov. Brian Kemp spoke out against the medically incorrect term during a panel discussion in Atlanta on Tuesday.

“There is no such thing as a heartbeat at six weeks,” Abrams said. “It is a manufactured sound designed to convince people that men have the right to take control of a woman’s body away from her.”

The clip went viral after the Republican National Committee Twitter account posted the video, inflaming its followers and many Republicans.

But according to obstetrics, doctors and gynecology experts, Abrams is correct. An embryo at six weeks does not have a heart, let alone a heartbeat. The sound of pulsing cells that will eventually become a heart “is created by the [ultrasound] machine itself, which translates the waves of electrical activity into something audible,” per the New York Times. The sound is completely manufactured.

The American College of Obstetricians and Gynecologists ( ACOG) says that it is “clinically inaccurate” to use the word “heartbeat” to describe sound.  “In fact, there are no chambers of the heart developed at the early stage in pregnancy that this word is used to describe, so there is no recognizable ‘heartbeat,’” ACOG says. “What pregnant people may hear is the ultrasound machine translating electronic impulses that signify fetal cardiac activity into the sound that we recognize as a heartbeat.”

In fact, an embryo is not developed enough to be called a fetus until 10 weeks, and it is not until roughly 17 to 20 weeks of gestation that the chambers of the heart have been developed and can be detected via ultrasound, ACOG says. At six weeks it is just too early to refer to the embryo as anything other than an embryo. 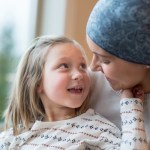 Here’s Why There are ‘More People Than Ever’ Surviving Cancer

While Abrams was incorrect that the sound wasn’t invented for the purpose of controlling people’s bodies, anti-abortion advocates have used those words and her video to stoke fear and misinformation in their followers.

Meghan McCain tweeted, “Hearing my babies heartbeats at 6 weeks is hands down one of the most exciting, liberating and most beautiful moments of my entire life. Hands down. Stacey Abrams is a very sick person to say this and somehow accuse doctors of faking fetal heartbeats. Full stop.”

Abrams’ home state of Georgia currently enforces a “heartbeat law” that mandates pregnant people cannot access an abortion once a “detectable human heartbeat” is present. It does classify the electrical pulses detected in cells as early as six weeks into the pregnancy as a heartbeat.

The measure was struck down by a federal judge as unconstitutional in 2019, but after the Supreme Court overturned Roe v. Wade earlier this year, a federal appeals court said the highly restrictive law could take immediate effect.

Before you go, check out these real stories of celebrities who had abortions: