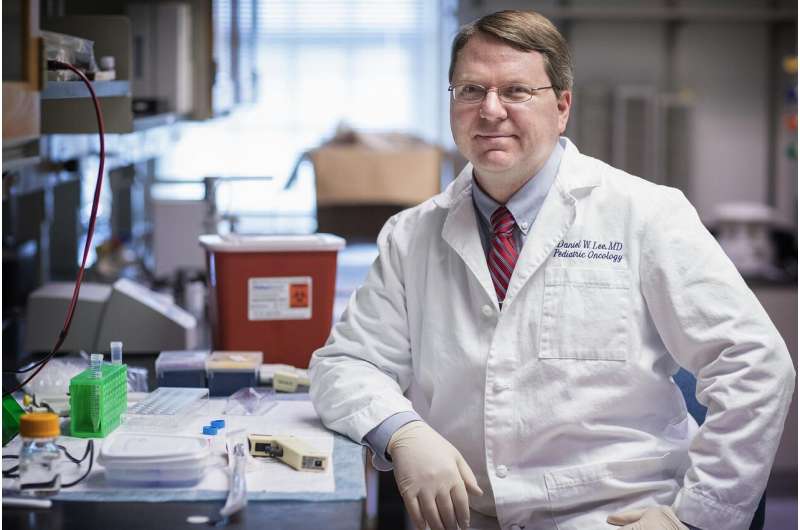 Children and young adults who receive CAR T-cell therapy for the most common childhood cancer, acute lymphoblastic leukemia, suffer remarkably fewer relapses and are far more likely to survive when the treatment is paired with a subsequent stem cell transplant, a new study finds.

The research, with an average follow up of nearly five years, suggests that stem cell transplants offer long-term benefits for young patients who receive the cutting-edge immunotherapy. CAR T-cell therapy results in complete remission in 60% to 100% of patients initially, but the relapse rate is high. However, among those who received a stem cell transplant after CARs, the relapse rate was less than 10% two years later.

“More than 50% of kids in other studies with a different CAR [suffer] relapse, with the majority of them losing the target the CAR goes after,” said researcher Dr. Daniel “Trey” Lee, a pediatric oncologist and director of Pediatric Stem Cell Transplant and Immunotherapy at UVA Children’s and the UVA Cancer Center. “Most of these kids have a single shot at this life-saving and paradigm-changing therapy called CAR T-cells. We should do all we can to maximize the chance for a cure, and right now that means a transplant after CAR therapy for most.”

The approach has shown high remission rates—up to 100% – 28 days after it is given to children and young adults with B-cell acute lymphoblastic leukemia. But a significant number relapse, the limited data available suggests. One study found that more than 40% had relapsed 13.1 months later.

To determine if stem cell transplants could help, the new study looked at outcomes in 50 children and young adults, ages four to 30. The median age was 13.5 years.

“Even as impactful as CAR T-cell therapy is for children with relapsed leukemia, we now know that the best outcomes happen when the child undergoes a stem cell transplant afterward,” Lee said. “Many parents turn to CAR T-cells to possibly avoid a stem cell transplant, and that is entirely understandable. But there is a window of opportunity after CARs to cure more of these incurable kids with a transplant; our study demonstrates this.” His hope for the future is for the field to be able to distinguish up front those who need a transplant and those who do not.

UVA Children’s and the UVA Cancer Center offer several types of CAR T-cell therapies for both children and adults with leukemia and lymphoma.