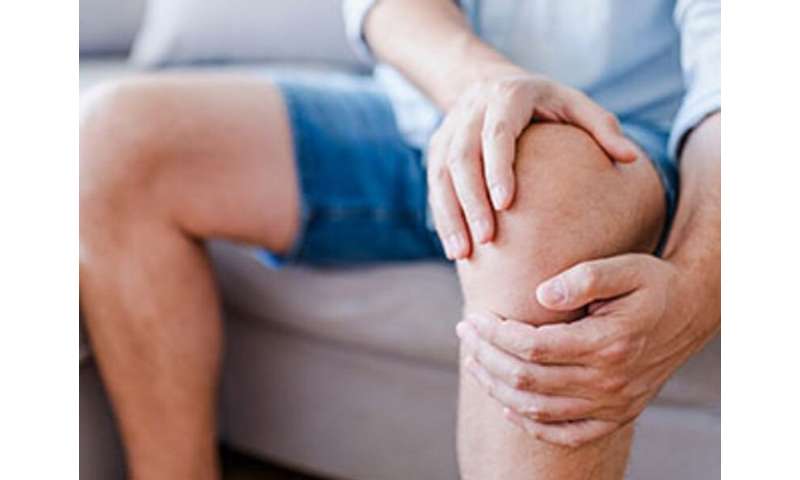 (HealthDay)—Millions of Americans suffer from the pain of arthritic knees. But an innovative exercise regimen may help relieve discomfort and improve knee function, a new study finds.

The program is called STEP-KOA (short for stepped exercise program for patients with knee osteoarthritis). It starts with gentle exercises at home and, if needed, moves to phone consultation and in-person physical therapy.

“STEP-KOA could be an efficient way to deliver exercise and physical therapy services for people with knee osteoarthritis, since it reserves the more resource-intensive steps for people who do not make improvements earlier,” said lead author Kelli Allen. She’s a research health scientist at the Durham VA Medical Center in North Carolina.

“This could be important in health systems that are trying to maximize resources or when there is limited access to physical therapy,” Allen said.

For the study, researchers from the Veterans Affairs Health Care System randomly assigned more than 300 patients with painful knee osteoarthritis to either STEP-KOA or arthritis education. Osteoarthritis is the most common form of arthritis in the knee. It is a degenerative, “wear-and-tear” type of arthritis.

STEP-KOA starts with an internet-based exercise program. If it is not effective, the patient moves to step two, which included twice-monthly coaching phone calls for three months.

If pain still does not improve, the patient moves to step three, which included in-person physical therapy.

Participants in the arthritis education group were mailed educational materials every two weeks.

After nine months, 65% of patients in STEP-KOA progressed to step two, and 35% went on to step three.

Compared to participants who received education only, the stepped-care group had greater improvement in pain and function, the researchers reported.

However, a prominent orthopedic surgeon called this approach backwards.

It should start instead with physical therapy and move on to patients doing exercises on their own, said Dr. Jeffrey Schildhorn of Lenox Hill Hospital in New York City.

“It seemed like this study was designed for a style of medicine that I think very few of us would appreciate,” Schildhorn said. “It was almost like you’re preparing for a future where there are limited resources, and you try to do everything remotely, and you put the responsibility on the patient,” he added.

Schildhorn noted that 90 patients dropped out of the program, and only 10% remained at step one throughout the study.

Because each patient’s knee damage and perception of pain is unique, an effective program must be individually designed, he said.

“I think that it’s imperative that people who have mild to moderate disease try to do whatever they can on their own, with or without in-person physical therapy,” Schildhorn said.

The key is to keep the joint moving with gentle exercise. A multimodal approach that includes periodic check-ins with a therapist, being shown in person how to do the movements with follow-up by phone or video chat is a viable approach, he said.

But patients need to do their exercises at home every day, Schildhorn emphasized.