Stomach bloating affects most people at some point in their lifetime, according to the NHS. But you could prevent bloating pain from ever developing by regularly drinking peppermint tea, it’s been claimed.

Bloating can make the stomach feel swollen, hard, and it’s generally quite uncomfortable.

Your bloating pain may be caused by eating certain gassy foods, or by eating too fast or too much.

But, one of the best and easiest ways to limit your risk of bloating is to drink peppermint tea.

Peppermint has been used as a traditional remedy for digestive problems for a long period of time. 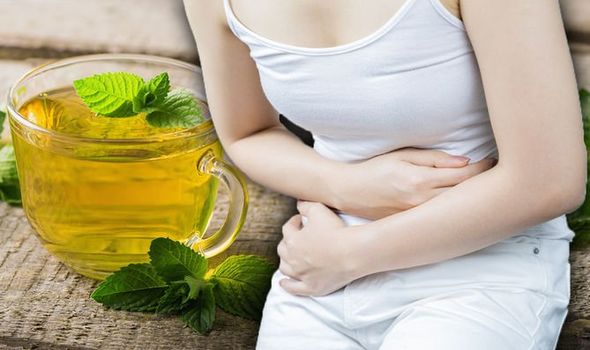 Mast cells are found in the gut as part of the immune system, and they can lead to stomach bloating.

Peppermint could also protect against intestinal spasms, which are often accompanied by bloating pain.

The tea has similar effects to peppermint oil, which can also be found as a supplement.

She wrote on Healthline: “Peppermint is widely recognised for helping soothe digestive issues. It has a cool, refreshing flavour.

“Animal studies also show that peppermint relaxes the gut, which may relieve intestinal spasms — as well as the bloating and pain that can accompany them.

“Peppermint tea hasn’t been tested for bloating. However, one study found that a single tea bag supplied six times more peppermint oil than a serving of peppermint leaf capsules. Therefore, peppermint tea may be quite potent.” 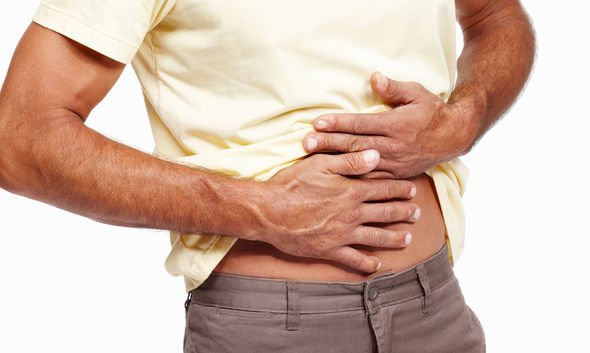 Meanwhile, you could also lower your risk of stomach bloating by making sure you drink plenty of water.

Drinking water may seem like an obvious necessity, but dehydration can lead to stomach bloating.

It’s a long-term solution to protect against trapped wind and constipation.

Plain, still water is the best type of fluid to add to your diet, as it helps the body to keep everything moving along.

People are more likely to feel bloated after a big weekend – especially around the festive season.

Speak to a doctor if your bloating symptoms don’t go away, said the NHS.

It could be caused by something more serious, including ovarian or bowel cancer.

While stomach pain is unlikely to be caused by a type of cancer, it’s always worth getting it checked by a medical professional.