Stomach bloating is an uncomfortable feeling where a person feels the need to pass wind or go to the toilet more often. It often comes down to what a person ate that does not agree with them. Cutting out certain foods and learning to eat slower might combat the feelings of bloating.

Most of us feel bloated from time to time, but if the condition continues for longer than three weeks or more, then it could be something more serious.

Persistent bloating is one of the main signs of ovarian cancer with many being unaware of the dangers. According to research, only a third of women in the UK would go to their doctor if they were experiencing this potential problem.

Ask Eve said on their website: “It’s absolutely essential that woman know the signs of all five of the gynaecological cancers. Ovarian cancer is often known as the silent gynaecologist cancer because people thought that it didn’t cause symptoms until it was very advanced.

“So while most women with symptoms do present with advanced disease, this is not always the case. Sometimes, symptoms can be due to an early stage cancer.”

Bloating that’s related to ovarian cancer may cause visible swelling in the abdomen.

If a person has ovarian cancer, their bloating is likely caused by ascites. Ascites is when fluid builds up in the abdomen. 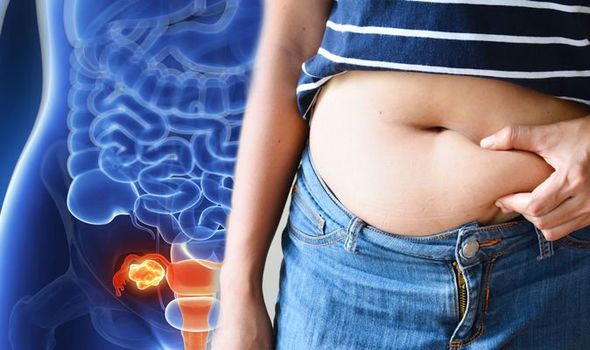 Women tend to ignore early signs of ovarian cancer or think their symptoms are simply related to ageing, weight gain or other less serious problems

“That’s what makes ovarian cancer so difficult to detect early, when it is more curable.

“While ovarian cancer symptoms can be vague, the key is paying attention to how long symptoms last.

“The story for so many women with ovarian cancer is that they’ve actually had symptoms for months before diagnosis.” 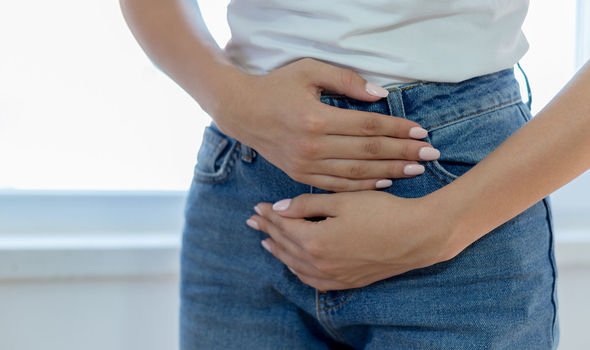 While bloating may be a sign of ovarian cancer, there are many other possible reasons for abdominal bloating.

You will need to speak to your GP about the possible cause for the persistent bloating.

A GP will run some tests to determine including a physical exam, blood tests, imaging tests, colonoscopy, stool samples, or an upper colonoscopy.