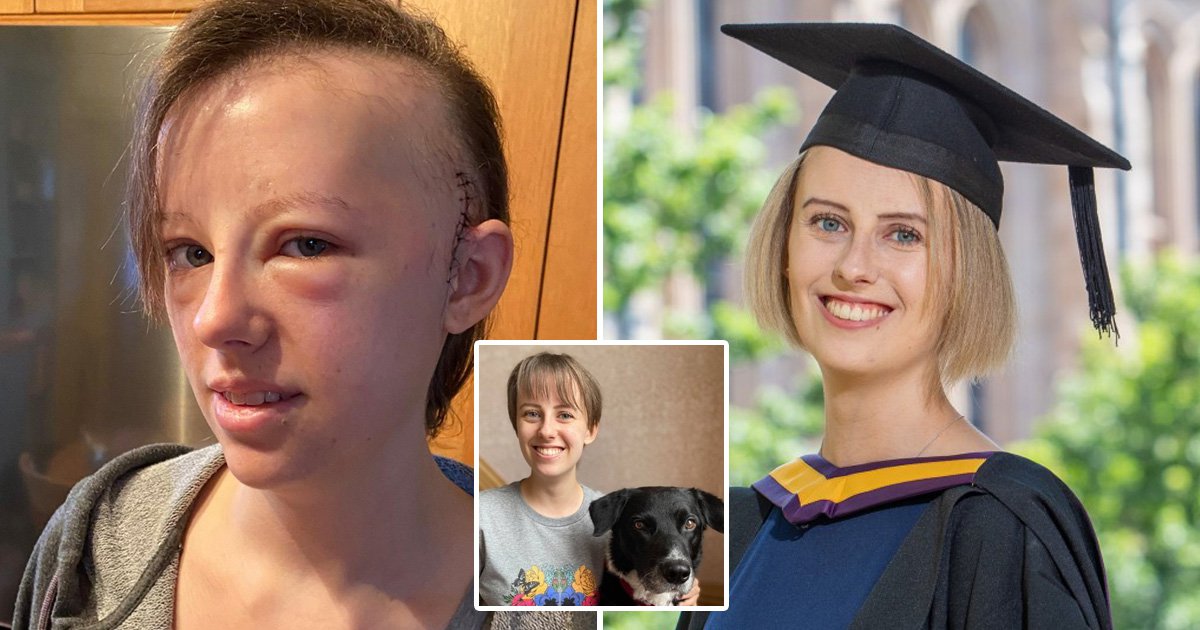 A student has celebrated her graduation four years after doctors found out she had glioblastoma multiforme – an aggressive and incurable form of brain cancer – and told her she only had 12 months left to live.

Laura Nuttall’s life changed forever in 2018 when she was diagnosed at the age of 18.

She later found out she had eight tumours in total and given just a year to live.

Laura, from Barrowford, Lancashire, changed the course of her life as a result, leaving her university course in London to concentrate on treatment and crossing things off her bucket list.

But when her family learned about a new treatment that was available in Germany, she was given the opportunity to begin immunotherapy.

Laura responded so well to the treatment that she decided to start a new course at the University of Manchester.

Now, she’s hit a milestone that she was told would be impossible: graduation.

After her family found out about the innovative treatment, Laura set up an online fundraiser and received donations from family and friends to help cover the costs.

Laura went through a craniotomy to remove the largest tumour and then started a gruelling routine of chemo and radiotherapy.

She had to travel to Cologne every six weeks to be treated, but she took to it so well that she was able to pick her degree back up again.

Even though the intense treatment was made even more difficult thanks to travel restrictions during the pandemic, Laura excelled in her course.

Laura also became an ambassador for The Brain Tumour Charity – on top of even more surgery in March and December.

Now, she’s completed her degree in politics, philosophy and economics.

She recently celebrated her graduation with sister Grace, dad Mark and mum Nicola, who said of her daughter: ‘Laura was told that she had a life expectancy of around a year and wouldn’t be going back to university at all, so to see her graduate is just incredible.

‘I know how hard she’s had to work to achieve her degree alongside her chemotherapy, surgery and treatment, and this day is a real celebration of her tenacity. We really couldn’t be more proud of her.’

Now, Laura – who recently joined the board of Our Brain Bank (a charity working to turn glioblastoma from terminal to treatable) – plans to keep helping to raise money for brain charities and raise awareness of brain conditions.

Laura and Nicola wanted to share their story as they’re keen to draw attention to the research that’s being conducted at The University of Manchester.

Laura said: ‘I don’t think I would have been able to achieve my degree without the help and support provided by The University of Manchester, especially the student welfare officers.’

The Geoffrey Jefferson Brain Research Centre, which carries out research in a bid to develop new treatments to improve the lives of people with neurological diseases, opened at the university in 2021.

Some of the world’s leading brain tumour, stroke and dementia scientists – as well as experts in brain inflammation, imaging and rehabilitation – conduct their research there.

The terrible impact of these conditions can be felt up and down the country.

It’s estimated around 100,000 people have strokes every year, brain tumours kill more children and adults under the age of 40 than any other cancer, and dementia is the leading cause of death.