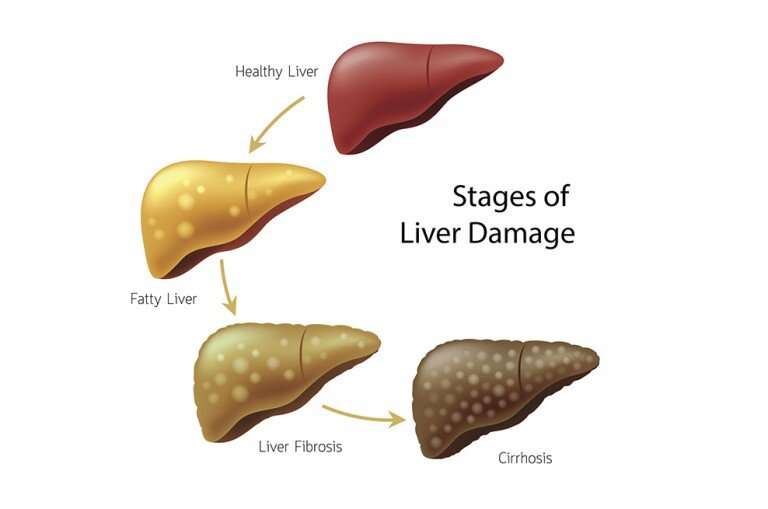 There are no approved drugs to treat nonalcoholic fatty liver disease but controlling blood sugar over time may help decrease the risk of liver scarring and disease progression.

According to a new study by Duke Health researchers, the average three-month blood glucose levels of patients with non-alcoholic fatty liver disease influenced their chance of having more severe scarring in the liver, which can lead to liver failure.

“It’s becoming one of the leading causes of liver transplants and liver mortality,” Alexopoulos said. “But we don’t have any effective treatments that are FDA approved, so really what it comes down to is finding other things we can do to help lower the risk of fatty liver disease progressing to these really poor outcomes.”

The study, appearing online in the journal Hepatology, examined the documented glucose levels of 713 adult patients with fatty liver disease prior to a liver biopsy.

The team—including collaborating senior authors associate professor Andrea Coviello, M.D., and professor Manal F. Abdelmalek, M.D., both in the Department of Medicine—found that higher average blood glucose levels in the year leading up to a liver biopsy were associated with more severe swelling of liver cells. For every 1 percentage point increase in hemoglobin HbA1c (a measure of average glucose levels) in the year preceding biopsy, the chances for severe fibrosis rose by 15%.

Similarly, researchers also found that those with moderate glucose control over a period of five years, rather than good control, had more severe swelling of liver cells and a higher likelihood of having advanced liver scarring.

Alexopoulos says these findings are particularly significant for patients with diabetes because a significant portion of that patient population also has nonalcoholic fatty liver disease.

“What I really hope is for more people treating diabetes to be aware of fatty liver,” Alexopoulos said.

Alexopoulos also said the findings may lead clinicians to reconsider their diabetes treatment approach to prescribe diabetes medications that are known to both improve glucose control and promote weight loss.