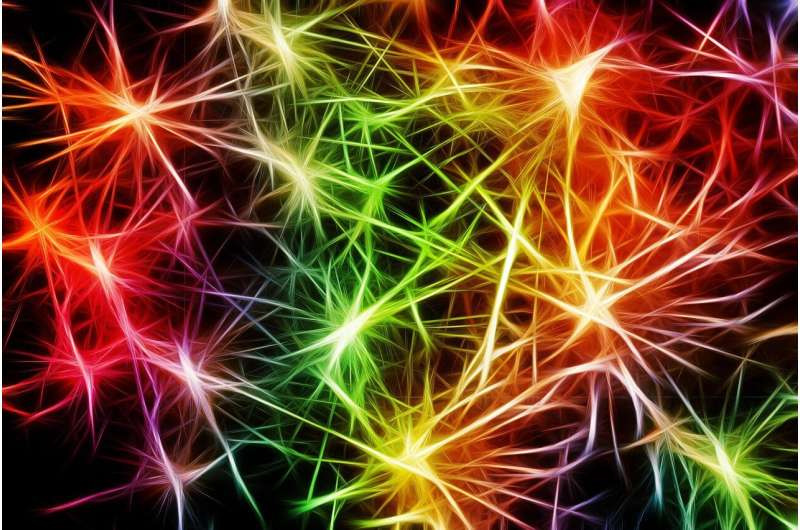 Researchers have developed a system which uses light stimulation to modulate brain waves. This opens up new avenues to explore for possible treatment of conditions such as epilepsy, Parkinson’s and migraine.

The team engineered a small implant containing LEDs, which was placed inside the brain to deliver light directly into it. Meanwhile, cells within the brain were altered, using a gene therapy, to make them sensitive to light.

This technique of closed-loop optical neurostimulation may be applicable to treating neurological disorders and also has implications for altering states of attention and drowsiness.

The proof of principle research was tested in computer model, in slices of mouse brain and in two anesthetised primates.

In the brain, nerve cells generate rhythmic activity or “brain waves.” In many neurological diseases these rhythms are disrupted, producing abnormal patterns of activity. For example, in epilepsy, abnormal activity can often be localized to a small “focus,” which then spreads causing a seizure.

In the research, some brain cells were altered using a gene therapy to make them sensitive to light, known as optogenetics. The implant then continuously monitored brain waves through electrodes and provided precisely timed stimulation by activating the LEDs.

Since light does not interfere with sensitive electrical recordings, the research team were able to develop a “closed-loop” control of brain activity where the patterns of activity were continuously monitored controlling the delivery of the precisely timed light to the brain in a continuous feedback loop. Professor Andy Jackson, of the Newcastle University Biosciences Institute, who led the research, explains, “A bit like pushing a swing at different points in its arc, the closed-loop system allowed us to boost or suppress brain waves.”

Through this method the team were able to modulate the intensity of an abnormal brain wave pattern, in other words, reduce the severity of a seizure.

Professor Jackson said, “We have been able to demonstrate that effective modulation of local brain activity in a non-human primate could be obtained using implanted LEDs.

“This is an important development as using a small implant to modulate abnormal activity in the brain opens up a possible alternative treatment.

“While our project is focusing on epilepsy this development provides a method for boosting or suppressing brain waves at specific frequencies that may be useful in understanding and treating other disorders like Alzheimer’s and Parkinson’s disease.”

Optogenetics is a type of gene therapy involving naturally occurring light-sensitive proteins called opsins. These proteins, which can be found across all types of life, change shape when illuminated with light. In fact, it is the opsins in our eyes that allow us to see.

There are many types of opsins and some form channels or pumps between the inside and the outside of cells. Shining light on these opsins causes charged atoms, or ions, to move in and out of the cells. The flow of charged ions generates electrical currents, which play a key role in how brain cells communicate with one another. Opsins can be used to turn on or off communication, and thereby influence patterns of brain activity.

Although opsins in our eyes allow us to see, they do not naturally occur within the brain. To use opsins to treat epilepsy, we need a way to introduce them safely into specific cells in the brain. This is now possible with gene therapy technology.

As early as 1966, scientists recognized that viruses possessed properties that could be useful in delivering genes into cells. A virus is a small infectious agent that requires another living cell to replicate. Viruses enter cells and instruct the cell’s own machinery to make new copies of itself, causing the infection to spread.

By contrast, the modified viral vector in a gene therapy makes copies of useful proteins like opsins. It does this by introducing a new piece of genetic code into the cell, which contains the instructions for making the opsin. Importantly, this code does not contain instructions for making more virus, and, therefore, the viral vector is not infectious and cannot spread. In addition, genetic material inserted only into brain cells does not get passed on to any future children.