‘When you say f*** it, you give in to the flow of life – you stop doing what you don’t want to do, you finally do what you’ve always wanted to do, and you stop listening to people and listen to yourself,’ says John C. Parkin, author of F*** It: The Ultimate Spiritual Way, which has recently been updated and republished after 20 years.

Over the years, his book has sold over a million copies and translated into 30 languages, and his message seems as popular and needed now as it ever was.

In 2004, John C. Parkin said F*** It to his life in London as an advertising creative to set up a holistic centre called The Hill That Breathes in Italy with his wife Gaia and twin boys in tow.

John discovered that saying f*** it was the perfect Western expression of the Eastern spiritual ideas of letting go, giving up and finding real freedom by realising that things don’t matter so much (if at all).

They are now back in the UK, living near the beach in Brighton‑Hove, continuing to spread the f*** it message.

Here he talks to Metro.co.uk about why saying letting go of worry will make you happier.

What is the F*** It philosophy?

F*** It is the perfect Western expression of the Eastern spiritual ideas of letting go, giving up and relaxing our hold on things (attachments).

When you say F*** It to anything, you move from tension and attachment to release and freedom.

All philosophies, all religions, all spiritual disciplines offer the same promise: freedom.

When you say F*** It you stop worrying (generally), give up worrying (mainly) and end up being happy to be yourself in the present moment (if you’re lucky.)

It’s been a worrying time. How has the global pandemic affected your F*** It philosophy?

F*** It is about keeping things in perspective even when the frightening details are looming large.

In this pandemic, there have been so many challenges, inconveniences, setbacks and disappointments.

We’ve been concerned for our own and our family’s health. We’ve had to cancel, reschedule events.

But throughout, so far, we’ve been able to say, ‘we’re okay’, we’re alive and our business is still ok and alive.

And at some level, being grateful for the basics in our lives has been a relief. It’s made so many of us grateful for the joys of small things. We’ve appreciated nature more, friends and family more, the joy of great films and TV more.

Just imagine what we were worrying about before the pandemic? Most of it is nonsense. It’s keeping that perspective as we head out of this.

When you say F*** It to anything, you move from tension and attachment to release and freedom.

How do we hang on to that perspective?

The problem for most of us in the Western world – stressed‑out, uptight, anxious and controlling as we are – is that we need something with the power of an expression like F*** It to jerk us into a more relaxed state.

But how does saying ‘f*** it’ make us more relaxed?

We operate mainly, as adults, from the left hemisphere of our brain. That’s where the language is, the logic, the working things out, the assessment of the past and the anticipation of the future. Whereas when we operate from the right hemisphere, we’re more present, relaxed, playful, creative and overall, more peaceful. Things don’t matter quite so much when we’re in our right brain.

Saying ‘f*** it’ creates a bridge from the left brain to the right brain, one that we can walk right over, and stay there for a while. And if we drift back to the left brain, we just say ‘f*** it’ and go waltzing over that bridge again.

It’s funny after years of describing the effect of F*** It in this way, I read about a study of people who’d had damage to the left brain, and thus had trouble with speech. As these people could easily say swear words, however, the study concluded that, unlike all other language (which is generated in the left brain), swear words must be generated in the right brain, or across both hemispheres.

So the more you say ‘f*** it’, the more you jump from left brain to right brain. This makes ‘f*** it’ a unique tool in the English language. We’re saying ‘f*** it’ to something that requires the shift in brain perspective. And thus, we’re recruiting a brain shift at precisely the time we most need it. 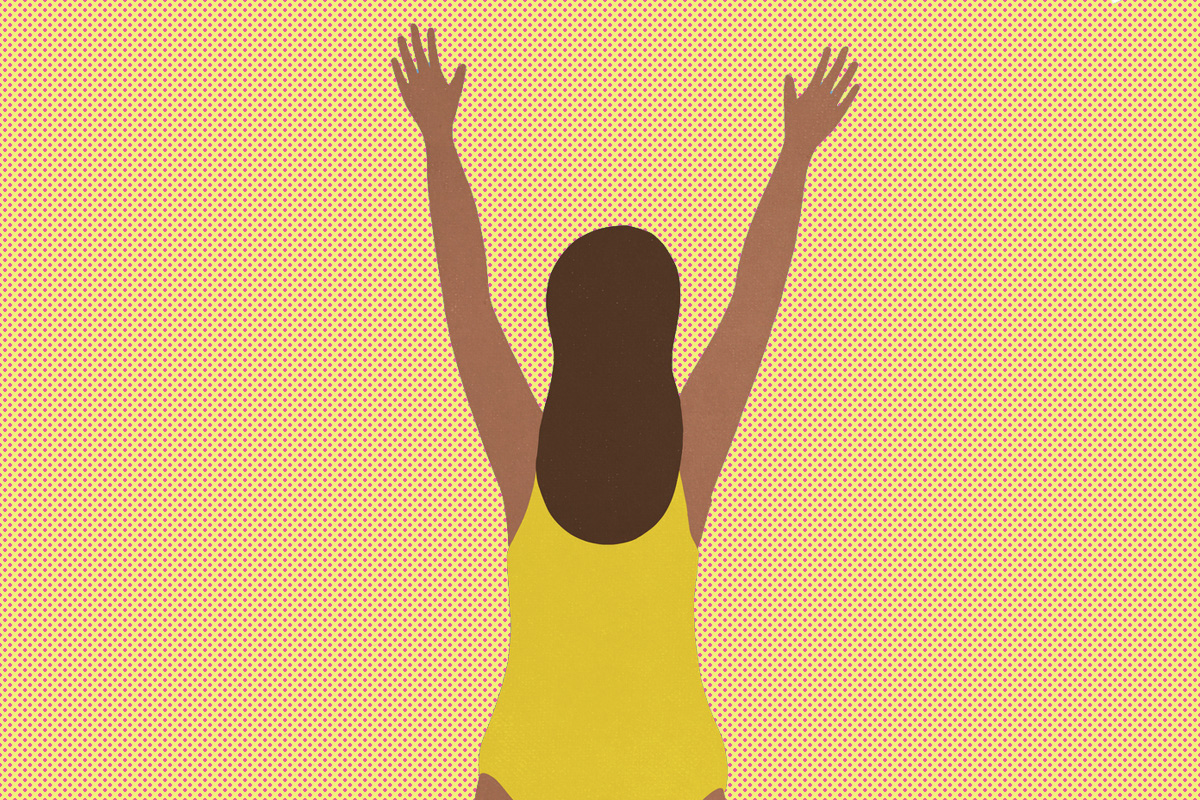 Why will switching to the right brain help us be happier?

Anxiety, most of it’s about doom laden scenarios into the future. We have no idea what’s going to happen into the future, but we create a false idea world of what might happen, whereas it hasn’t happened yet. It’s entirely mentally created.

So how we can let go and relax?

Everywhere we turn we are faced with impermanence. We only have to look at nature’s yearly cycles as a reminder that everything fades away. It’s about accepting this fact.

Imagine someone in a relationship who is, yes, clingy. They hold on to what they think they love with an iron grip, are jealous at the slightest thing, spend their time in fear of what terrible things might happen rather than enjoying the relationship as it is. How does that make the other person feel? How long does that relationship last?

It’s being able to understand that there are peaks and troughs and being happier and accepting about being in both.

But isn’t it natural to want to hang on to people and stuff we love?

The key to being able to let go of all the stuff you’re holding on to is knowing that you’ll be okay if you don’t have it. And that’s the truth.

This is a good exercise: go through all the things that you really want to hang on to in your life – the partner, the job, your health, your sense of humour, your family and friends, the soaps on the TV – and tell yourself that you would (actually) be okay without them.

You can survive with very little. And though the passing of people and things can be painful, you will survive.

If you’re up for it, say this to yourself a few times: ‘I am okay with things passing and fading away in my life. I will be okay no matter what happens to me and those around me. I let go of my hold on life and allow life simply to flow around me and through me.’

Where do we start getting into that flow?

Accepting everything, just as it is, is a beautiful state to get to.

In baby steps. Accept the things that don’t go according to plan, the people who don’t treat you quite how you’d like to be treated, the bad news as well as the good.

Start to enjoy feeling good inside yourself. And realise that you don’t need to moan and criticize. If you do feel crap inside (like we all do sometimes), try to accept that feeling, too, without looking for things outside yourself to blame it on.

Over the years, we’ve often asked people, ‘What do you most need to say f*** it to?’ And the most common answer has always been: ‘What other people think of me’.

Some of us care a lot about what other people think of us. And it seems a very basic urge as we’re growing up to seek approval. And it seems that, as we grow up, we’re defined by the level of self-approval that we have.

If our earlier need for approval wasn’t fulfilled and we therefore have a low level of self‑approval – some call this ‘self‑esteem’ – then we’re likely to continue wanting approval from the outside world.

If a loving environment in childhood created high levels of self‑approval, then we’re less likely to be constantly seeking approval from others as adults.

You wrote this book over 20 years ago, and you’ve just finished this revised edition. How has saying ‘f*** it’ shifted over the last two decades?

Life probably doesn’t get easier. There’s always going to be difficulty and difficult things to deal with.

I think what gets easier is one’s ability to understand what’s going on and to see through your own patterns, and maybe to see through a lot of people’s patterns as well, which makes it easier to be compassionate with them and yourself.

It’s being able to understand that there are peaks and troughs and being happier and accepting about being in both.