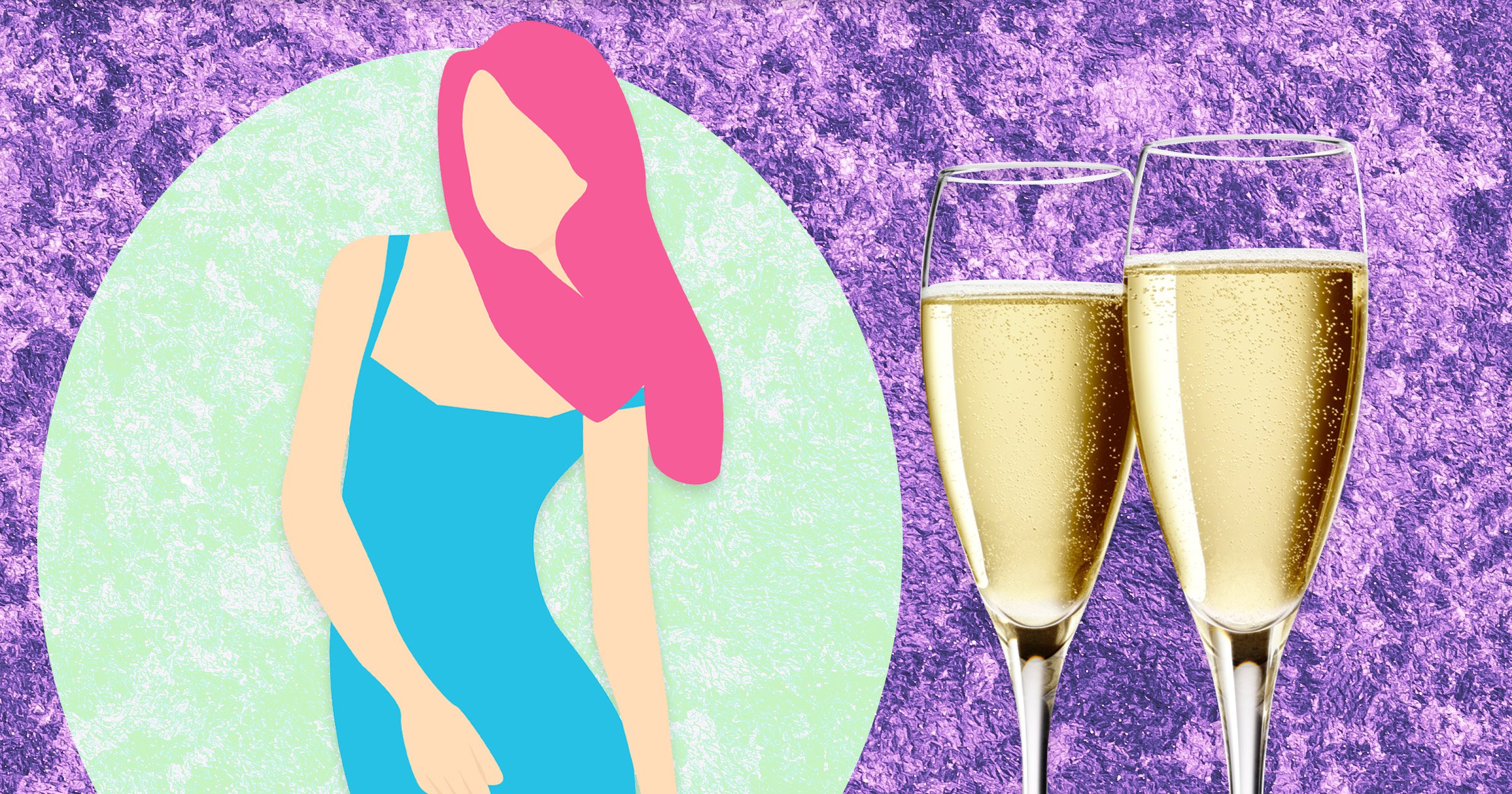 It’s easy to think of Dry January – a time when people give up alcohol for a month – as something that can’t make a real difference to your wellbeing.

It’s just a month, after all. How much can change?

Quite a lot, it turns out. Taking a month off from alcohol poses major benefits for your wellbeing, even if you don’t plan to keep up your sobriety once the month is done.

In fact, you can see benefits just a week into the challenge (which you can track using a handy app).

Here’s the good you’re doing by committing to Dry January, week by week.

Priory Group’s addictions expert Dr Niall Campbell explains that within a week of ditching alcohol, your sleep will improve.

This is because getting drunk means you typically fall straight into a deep sleep and skip the important rapid eye movement (REM) phase, giving you one to two cycles of REM sleep rather than the recommended six to seven cycles a night.

It’s worth noting that in the first week of Dry January you might find it harder to drift off – but while you might get fewer hours of rest they’ll likely be of a higher quality.

Alcohol use influences sleeping patterns and it can take time to adjust to a normal sleep cycle that isn’t induced by booze. Plus, withdrawal symptoms such as anxiety and restless legs may keep you up at night.

It’s vital to try to get through the first week without depending on alcohol or other medication for slumber so you can tackle the issue of insomnia rather than masking it, then go on to enjoy the benefits of improved sleep that comes with sobriety.

Along with better sleep, your first week sober will see your body become more hydrated.

Dr Campbell says: ‘When drinking alcohol, you lose around four times as much liquid as what you actually consumed.

‘Giving up alcohol can help you stay hydrated, which is beneficial for your brain. Your mood and concentration will be more stable, and headaches are likely to decrease.

‘You also won’t suffer from effects of dehydration such as lack of motivation and increased fatigue, so will have more energy throughout the day.’

Within a fortnight of Dry January, along with better sleep and more hydration you may also notice a reduction in tummy pain, nausea, and digestive issues.

Alcohol is an irritant to the stomach lining, so ditching it will give your body time to heal.

She says: ‘If you were to stop drinking six 175ml glasses of wine per week, you would have saved 1,920 calories at this point, and 2,160 if you’d stopped drinking around six pints of lager.’

After three alcohol-free weeks, your blood pressure will start to reduce.

This is a pretty major deal, as high blood pressure – also known as hypertension – is a key cause of stroke and heart attack.

Heavy drinking is linked to hypertension in all genders, so reducing your intake or quitting entirely can do a world of good.

Making it to the end of Dry January (although this doesn’t have to be the end of your sobriety) will mean you actually notice some differences in the way you look and feel.

Dr Campbell explains: ‘Your boosted hydration levels will have a positive effect on your skin. As more water will have been absorbed rather than wasted, you are likely to have more hydrated-looking skin, as well as reduced dandruff and eczema.

You’ll also have saved quite a bit of money and your sex life may well have improved.

If you’re enjoying Dry January, there’s no reason to stop. One month sober doesn’t have to be the end of your journey.

And if you’re concerned about your relationship with alcohol, there’s no harm in extending your break from the booze. Doing Dry January might make you reflect on how much you drink and why.

The reality is that while Dry January can absolutely make a difference, some of us may need to commit to sobriety more fully.

Dr Campbell says: ‘Dry January makes many people pause and think about their drinking habits, and where they do most of their drinking – after work, at office functions, at home. As a concept, it’s partly based on the premise of social contagion. You’ll find more people not drinking in January than at other times. That herd mentality can be supportive.

‘But if people have a serious alcohol problem, being ‘dry’ for just one month doesn’t cut it. Very often, if men and women ‘white knuckle’ it through January not drinking, they are back on the booze with a vengeance afterwards. They are not looking at the impact on their work, their relationships.

‘I know compulsive drinkers who have stopped for several Januarys in years gone by, but just counted the days until February. They are drinking enough to affect their lives and for people around them to notice – a work colleague, a spouse, a friend. That’s the test.

‘They think ‘because I have stopped, I can stop anytime’. It’s rarely the case.

‘At the Priory, we say that if you want to be a controlled drinker, you need to be off alcohol for three months. It takes a lot to recognise you have a problem in the first place, and then to be at social functions where other people are drinking and you’re not – that’s a massive challenge.

To view this video please enable JavaScript, and consider upgrading to a webbrowser thatsupports HTML5video

‘You need to learn a new dialogue to explain why you’re not drinking, and be comfortable with it. That takes a bit of learning, longer than a month.

‘The vast majority of people who struggle with alcohol don’t necessarily look like they have a problem. People often come to me insisting ‘no one at work knows about my alcohol problem’, but as they come through treatment it emerges that alcohol has often caused them quite significant work problems for years.

‘I saw a patient recently who was drinking significant quantities of wine out of a plastic sports bottle at his desk.

‘You need to ask yourself, “is it really possible for me to be a moderate drinker?” Everybody wants to be a moderate, social drinker. The truth is, some people can’t be.’