Ask most parents about their child's digestive habits, and they'll probably say they already know quite enough. But it's starting to look like nurturing a healthy gut is the single best thing you can do for your offspring's future health.

Over the last decade, the gut – or rather the 100 trillion microbes living inside it, known as the microbiome – has been unearthed as a vital organ, controlling not only our digestion, but our immune system and even mood. From depression to diabetes, asthma to cancer, obesity to anorexia, so influential is the microbiome that some researchers are calling it "the second brain". 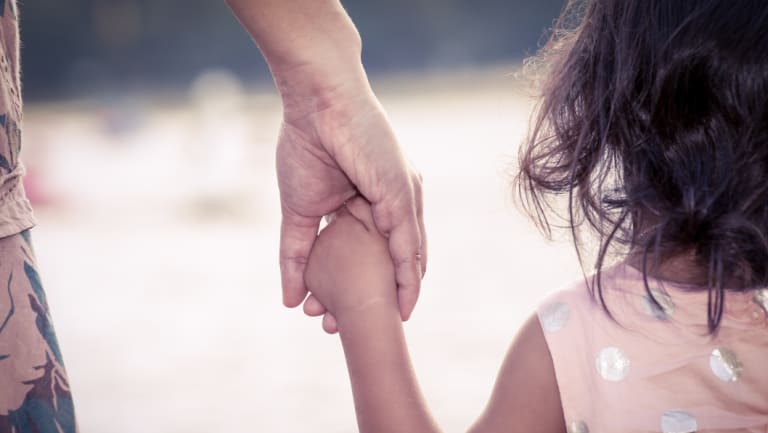 Nurturing a healthy gut icould be one of the best things you can do for your offspring’s future health.Credit:Shutterstock

Supermarket shelves are already heaving with probiotic smoothies and snacks, such as kombucha and kefir; expect to see the arrival of gut-friendly ice cream and probiotic cleaning products.

The quest for a perfect balance of intestinal bugs seems set to be the next parental obsession. Scientists are learning that children's microbiomes are particularly sensitive to external influences, and crucial to their long-term risk of disease.

Many believe that aspects of modern lifestyle – including the rise in caesarean sections, reliance on antibiotics, over-cleanliness and processed foods – distort the microbes in children's guts, thus driving health problems. "A lot of experts believe the epidemic of allergies we're having is related to the gut microbiome being in a much worse state than it was 30 years ago for the average child," says Tim Spector, professor of genetic epidemiology at Kings College London and author of The Diet Myth. "Every parent really ought to know about this stuff."

Before the age of four or five, the microbiome is flexible, he explains. After this, it starts to resemble an adult's and becomes harder to tinker with. "So there is this window where you can really mess it up with things like antibiotics, but also when it will really benefit from good foods and probiotics," he adds.

The moment a child is born – and their system exposed to bacteria for the first time – is particularly important. Studies have shown that those born by caesarean, for example, have different microbiomes that may raise their risk of health problems.

Last year, scientists reported that children born by C-section were more likely to be obese by the age of five and have asthma by 12. Experts think this could be because the first bacteria these babies are exposed to come from the mother's skin and the external environment, rather than those in the vagina – meaning their immune system doesn't get the same kick-start.

Then, there are antibiotics. Studies suggest as many as 80 per cent of British children will be prescribed them in their first year, and while they are often necessary, there are fears that the drugs may have a profound impact on a child's microbiome, including raising the risk of resistance.

Dr Nigel Field, a University College London researcher whose Baby Biome Study is following 3500 mothers and babies in Britain to map the links between children's gut bacteria and health outcomes, believes parents should be given more information about the potential pros and cons of antibiotic use.

"All babies born by caesarean, particularly elective, will effectively receive a slug of antibiotics, because the advice is to give them to the mother prophylactically to reduce the risk of wound infection, and they cross the placenta," he says. "A mother may not always know or recall whether she was given them. I don't think there is a clear enough discussion with mothers about whether they want to prioritise the certain risk of an infection that could be treated later, or the uncertain long-term risk their baby might be more prone to asthma or other allergic conditions." 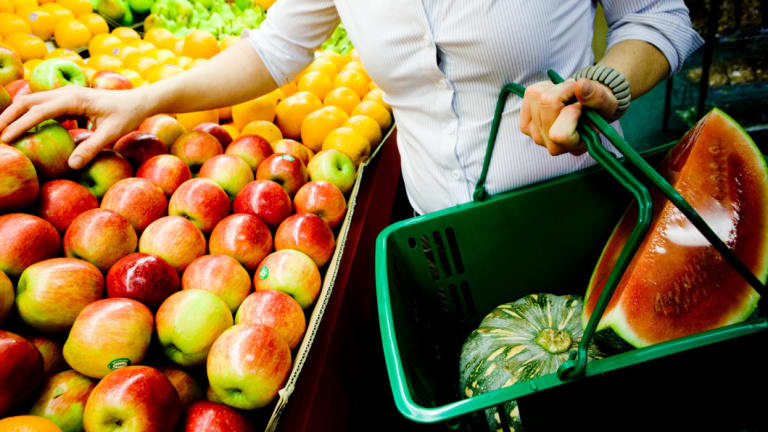 Fibre, fruit and vegetables are best for a healthy gut.Credit:Glenn Hunt

But whatever start a child has had, there are things parents can do to improve their microbiome. There is growing interest in the idea of giving probiotics to babies to replace missing beneficial bugs, though the evidence is not yet clear. The practice of seeding – where microbes from a mother's vagina are swabbed and transferred to her newborn soon after a caesarean – is also gaining attention, but experts currently warn against it because of the unknown risks.

Unsurprisingly, breastfeeding is an excellent and safe way to get "good" bacteria flourishing.

An American study, published last year, found babies who were exclusively or mainly breastfed had microbiota most like their mothers'. "Along with the beneficial chemicals in breast milk, babies also pick up microbes from the mother's skin that they won't get from a sterilised bottle," says Professor Spector.

Hannah Doyle, author of The G Plan Diet and mother of twin sons, aged eight, says parents should focus on positive steps. "You can't change what's happened in the past," she says. "My boys were born by caesarean and had more antibiotics than I would have wanted thanks to various infections. Breastfeeding is undeniably better for their microbiome, but it's hard. You have to be realistic and not beat yourself up. Remember, stress is also bad for the gut."

Doyle got interested in gut health four years ago and has made a conscious effort to widen her sons' diets. "We know that for a healthy microbiome, the key thing is a diverse diet with lots of plant-based foods," she says.

"I'm not holier than thou – given the choice, they would rather eat fish fingers and chicken nuggets and a lot of the time that's what they get. But I'll put some sauerkraut on the side, or make a miso dressing, or sneak something into their pudding – I'll make a smoothie with kefir, or pour it on their ice cream. It tastes like natural yoghurt. I've also got them on to kombucha. Like all kids they love fizzy drinks and think it's really exciting."

She gives strong cleaning products a miss. "A bit of dirt is good. We also try to avoid antibiotics: I'm pro conventional medicine, but I ask the doctor: can we wait another day?

Doyle stresses that nourishing your child's gut should be a fun way to try new foods, rather than a chore. "Parents tend to be busy, on a budget, with fussy eaters," she says. "So rather than restricting anything, I think – what can I add that's easy and tasty? It's another weapon you can use to give them the best start in life."

1. Fibre, fruit and vegetables are best for a healthy gut. Naturally probiotic foods, which encourage the growth of good bacteria, include onions, garlic, asparagus, artichokes, lettuce, green bananas, tarragon and chives. The additives in junk food can kill good bacteria.

2. Fermented foods and drinks increase the diversity of microbes. If your children squirm at sauerkraut and kim chi, try cheese and yoghurt. Kefir and kombucha drinks are spreading from health food stores into supermarkets.

3. Don't sterilise everything a baby touches. Exposure to dirt helps develop a strong immune system. A recent study found mothers who suck their child's dummy clean are helping to protect them against allergies. Let your children roll in the mud, pick things up off the floor, and play with animals. "You could be doing them more harm by always washing their hands," says Professor Spector.