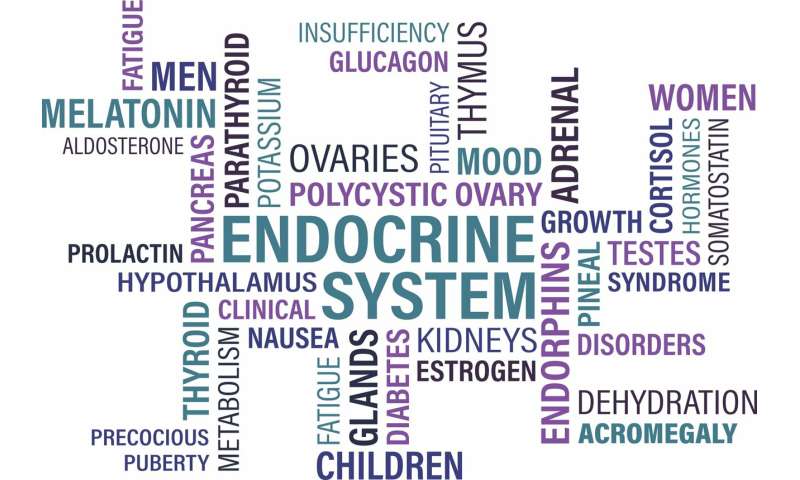 Endocrine disruptors (EDs) are a class of chemicals used to produce everyday materials, such as some plastics, tin cans, electrical and household appliances, cosmetics, pesticides, etc. EDs are, however, not without danger. These molecules interfere with the endocrine system, disrupting the physiological production and target effects of hormones. In particular, EDs have proven effects on the reproductive system and an incidence on the occurrence of obesity, type 2 diabetes and cardiovascular diseases during aging.

There is also growing evidence that EDs strongly interfere with the functioning of the thyroid. EDs cause changes in thyroid hormone concentrations, the peripheral metabolism of these hormones and the signalling of their receptors. The mechanism by which they act on the thyroid axis is, however, still far from being elucidated: the tests currently available are strongly limited by the availability of adequate quantities of human thyroid tissue and by the inability to predict the effects of EDs after low dose exposure.

The new European collaborative project SCREENED aims to develop new 3-D in vitro tests to overcome these limitations. Based on 3-D constructions of rodent and human thyroid cells, these tests will for the first time mimic the structure and function of the native thyroid gland and, thus, its vascular and morphogenetic anatomical characteristics. Professor Lorenzo Moroni, the Coordinator of the SCREENED project, explains: “These new 3-D in vitro thyromorphic models will make it possible to predict with more sensitivity and specificity the effects of EDs on thyroid function, compared to conventional molecular and 2-D in vitro assays. These tests will also allow selective identification of female and male responses to the exposure to EDs and to test simultaneous action of different EDs on thyroid function.”

The SCREENED project is part of a bigger cluster of eight research projects, all funded by the European Commission, and each focusing on a different aspect of new testing and screening methods to identify EDs. SCREENED brings together nine European universities and companies, including Sabine Costagliola’s Lab from Université libre de Bruxelles. Sabine Costagliola has been conducting researches on the morphogenesis and functions of the thyroid gland for many years. The objective of Sabine Costagliola and her team will be to produce in vitro human thyroid organoids derivated from stem cells and evaluate their resemblance with the native organ. These samples will then be used by the consortium to conduct researches about EDs’ effects on the thyroid.