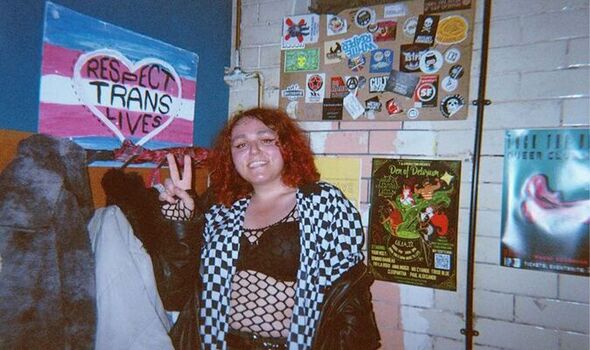 Ruby Taylor is a trans woman and has been on hormones for a few years. The 21-year-old began transitioning when she first started studying but has found the wait times to be overwhelming. She was told that, should she want to transition through the NHS, it would take years, so she’s taken to finding private treatment – which is much quicker but also much more expensive.

According to Leeds Live, Ruby was depressed as a child, unhappy with herself and missed out on the life others had. After an initial consultation with her GP, she began looking for private practices to help speed up the process.

She said: “I started transitioning when I got to uni and I started trying to go with the NHS for hormones and I saw the wait times and they told me that I wouldn’t even be able to get on before I finished uni. I had a few sessions and then they diagnosed me with gender dysphoria and they recommended the hormones to my GP. I was already thinking, was I going to go private for everything? Or try to stay with the NHS?”

After her initial consultation, Ruby paid for a private referral who then recommended to her GP that she begin hormone treatments. Ruby said her surgery in Hyde Park has been nothing but helpful and they gave her a prescription.

After the hormones, the next step was for Ruby to get surgery, which she decided to also do privately due to the extensive waiting times on the NHS.

She said: “It feels like I have been waiting 20 years already and 3 to 5 years doesn’t feel like much compared to that but waiting any longer for this feels excruciating, to be honest.”

The surgeries Ruby will have done are a vaginoplasty, labiaplasty and clitoroplasty to give her a vagina and under private healthcare, they cost almost £20,000. Ruby said: “I’ve got the estrogen in the bag but I need £20k to cover all the costs of getting a designer vagina.”

After speaking with a few friends who went private, she realised that in order to raise the money, a Gofundme was the best option. She set one up and within a day, she had already received almost £300 in donations.

“I’ve had absolute strangers donating to me which is so heartwarming and it fills me with absolute joy!” Ruby said.

Ruby spoke of her experience being trans growing up and at university and on the whole, she said she has had a positive experience. She said: “I think I am a very lucky person in general, so I’ve not really had that many bad experiences. I come from a tiny village, Brig, I had a few bad experiences but 99% of people were just so accepting of it, 99% of the time when I interact with random strangers, they are just so kind.”

“I think that’s something about being open about being trans has shown me, seeing it with my own eyes and that’s one of the things that has made me so happy.”

She did have one bad night in Leeds, when she claims a bouncer refused her entry to the club for wearing a dress, saying “You can’t come in, you’re in fancy dress.”

She told Leeds Live that without the surgery, Ruby has missed out on her full life, but is excited to finally live the life she deserves. She said: “It’s always a hard one to explain to people because there are all the cliches of being born in the wrong body. Generally, I love my body, I have hormones that have awakened the things in my body that I just wasn’t getting to experience.

“With genitals, it just feels like, it’s a big thing. For me, being at uni, being around people who are going out and getting at people, because there is this whole thing that is going on, it feels like I am missing out on a much easier time. I feel I have missed out on experimenting in my teenage years. The surgery would just be freeing, a weight off the mind, I could live my life like the rest of my friends.”

According to the NHS, feminising genital surgery aims to reduce gender dysphoria by aligning your anatomy with your gender identity and identity expression goals. Some transwomen decide that they want to have surgery to permanently alter their anatomy, however, not all transwomen choose to have surgery.

The surgery is non-reversible but it has one of the lowest rates of regret out of all procedures. Ruby says she is naturally nervous about the operation but knows at the end of it she will be happier.

She said: “I’m worried about the six months afterwards when I can’t have sex, I think there is always a part of you that thinks, what if it goes wrong?”

“A lot of people think it’s experimental but it’s been going on for hundred years. I feel confident in the surgeons and the time after the surgery will just feel like a shining light that I am just racing towards.”

Finally, Ruby spoke of her experience getting the recognition and help she needed but she wants to see more done for those younger trans people who are struggling with their own dysmorphia and red tape.

She said: “One big thing that I have been talking to my friends about is, some kind of counselling, at least when you are on the waiting list, just for someone to be there, someone there to reassure you so you don’t feel like you are drifting in the wind. Setting up and funding more GIC and organising them better because a lot of it is from the bureaucracy of it.

“For young people, having someone there as soon as you sign up that has worked with young trans people to ask questions would be helpful. GPs don’t really know, they know just enough to refer you and when I was referred it was just a letter with some very very generic stuff. We want something just so that we know what is going on.”

You can donate to Ruby’s Gofundme here.