Migraine symptoms and how to treat them

The UK population loses about 25 million days from work or school each year because of migraine. Migraine attacks are more than a simple headache, but many people assume a migraine is just a bad headache that everyone gets every now and then. What’s the difference between a headache and a migraine? Express.co.uk chatted to Dr Sarah Brewer, Medical Director of Healthspan, well-being brand to find out.

Migraine is the third most common disease in the world, behind dental caries and tension-type headaches.

Around one in seven people suffer from this awful condition, and yet the rest of us assume it’s nothing more than a bad headache.

As defined by Professor Peter Goadsby, Professor of Neurology, a Migraine is “an inherited tendency to have headaches with sensory disturbance.

“It’s an instability in the way the brain deals with incoming sensory information, and that instability can become influenced by physiological changes like sleep, exercise and hunger.” 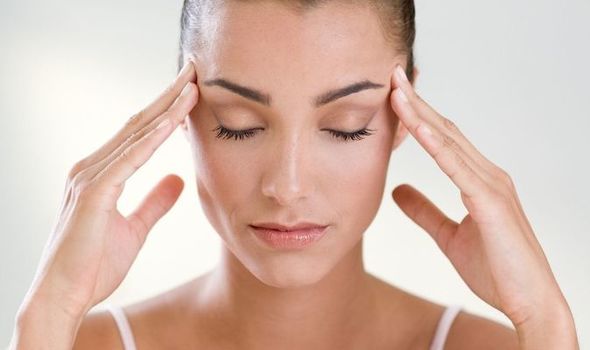 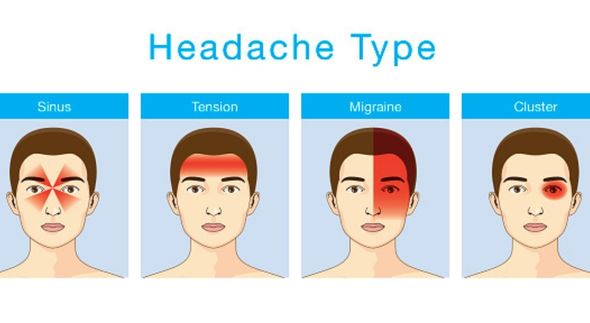 What’s the difference between a headache and a migraine?

A migraine is a type of primary headache, but it isn’t the common headache that everyone has had.

The most common and minor headache to get is a tension-type headache, and 40 percent of all headaches are this kind of headache.

Dr Brewer said: “Tension type headache is usually mild to moderate in intensity and felt on both sides of the head.

“It typically produces a steady ache rather than a throbbing pain, and often feels like a continuous pressure, or a tight, constricting band over the top of the skull, over the back of the head, or above both eyes.

“It’s not made worse by physical activity such as walking, and there is no nausea.

“Tension-type headache can occur at any age and is thought to result from tension in the neck and scalp muscles which affects blood flow within the skull. Aim to avoid stress, poor posture, overwork and dehydration.” 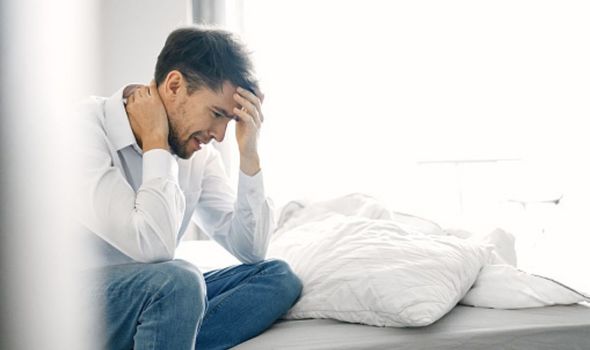 Migraines on the other hand are ranked as the seventh most disabling disease among all diseases globally.

Unlike tension-type headaches, Migraine is a severe pain that is usually (but not always) worse on one side of the head, often centred around one eye.

Dr Brewer said: “Most people with migraine (90 percent) have the form known as migraine without aura. This produces a severe, throbbing, pulsating or hammering headache along with nausea, vomiting, sensitivity to light and sound.

“Migraine without aura usually lasts between four hours and 72 hours and is made worse by physical activity.

“Migraine with aura is associated with visual symptoms such as shimmering or flashing lights, strange zigzag shapes (fortification spectra) or blind spots”

Tension-type headaches are caused by things like dehydration, stress and staring at screens, while the cause of migraines is more complicated.

According to the Migraine Trust, migraine is a disorder that almost certainly has a genetic basis.

The site adds: “An older theory on the causation of migraine included that migraine is primarily a disease of the blood vessels.

“It is now accepted that migraine is not related to any vascular pathology and brain mechanisms are more likely involved in the development of migraine attacks.” 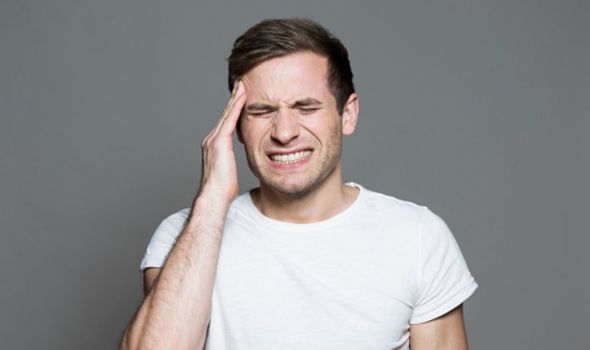 Dr Brewer said: “Symptoms of migraine usually begin at puberty and cause recurrent attacks until middle age when they often disappear.”

She explained that although the cause is not fully understood, it may be linked with changes in the dilation and constriction of blood vessels so that certain brain tissues become congested.

She added: “Some researchers believe that everyone has the capacity to suffer from migraine, but that those who experience symptoms have a lower threshold at which an attack is triggered.

“This probably relates to genetic differences, hormone levels (migraine is three times more common in women than men) and susceptibility to environmental factors including foods.”

Dr Brewer recommends finding out what is triggering your migraines by keeping a headache diary.

She said: “Often no one cause is involved, but multiple triggers which take you over the threshold to precipitate an attack.”