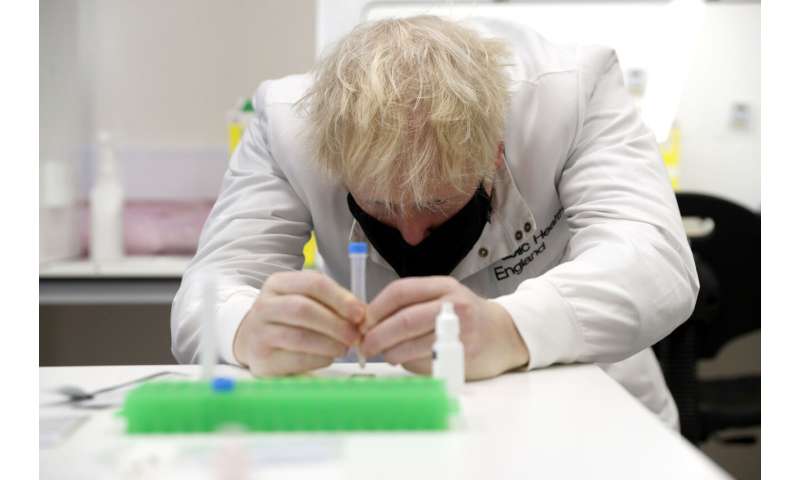 The British government appointed a vaccines minister on Saturday as it prepares to inoculate millions of people against the coronavirus, potentially starting within days.

The U.K. medicines regulator is currently assessing two vaccines—one developed by Pfizer and BioNTech, the other by Oxford University and AstraZeneca—to see if they are safe and effective. The Guardian newspaper reported that hospitals have been told they could receive the first doses of the Pfizer shot the week of Dec. 7, if it receives approval.

The U.K. says frontline health care workers and nursing home residents will be the first to be vaccinated, followed by older people, starting with those over age 80.

In all, the U.K. government has agreed to purchase up to 355 million doses of vaccine from seven different producers, as it prepares to vaccinate as many of the country’s 67 million people as possible.

Decisions about which, if any, vaccines to authorize will be made by the independent Medicines and Healthcare Products Regulatory Agency. 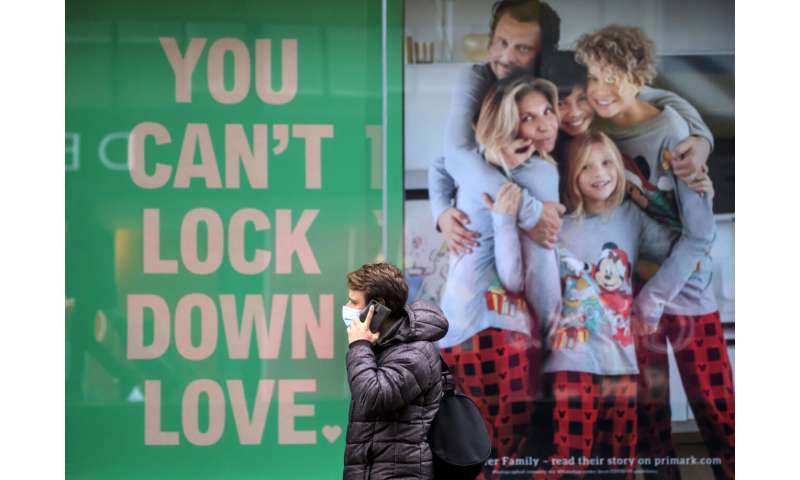 Pfizer and BioNTech say their vaccine is 95% effective, according to preliminary data. It must be stored at ultra-cold temperatures of around minus 70 degrees Celsius (minus 94 Fahrenheit).

The Oxford-AstraZeneca vaccine can be stored at conventional refrigerator temperatures, and is also cheaper than its main rivals. But some scientists have questioned gaps in its reported results.

Oxford and AstraZeneca reported this week that their vaccine appeared to be 62% effective in people who received two doses, and 90% effective when volunteers were given a half dose followed by a full dose. They said the half dose was administered because of a manufacturing error, and they plan a new clinical trial to investigate the most effective dosing regimen.

The British government hopes a combination of vaccines and mass testing will end the need for restrictions on business and everyday life it imposed to curb the spread of the coronavirus. Britain has had Europe’s deadliest COVID-19 outbreak, with more than 57,000 confirmed virus-related deaths.

The prime minister said this week that officials hope to inoculate “the vast majority of the people who need the most protection by Easter.” But he warned that “we must first navigate a hard winter” of restrictions.

A four-week national lockdown in England is due to end Wednesday, and will be replaced by three-tiered system of regional measures that restrict business activity, travel and socializing. The vast majority of the country is being put into the upper two tiers. 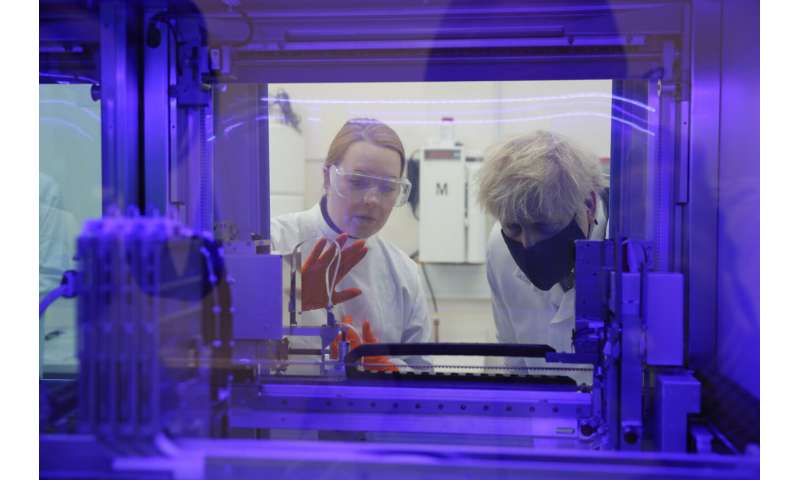 The restrictions have sparked protests, with police arresting dozens of people at an anti-lockdown demonstration in London on Saturday.

Several bottles and smoke bombs were thrown as anti-mask and anti-vaccine demonstrators scuffled with officers in the city’s West End shopping district. The Metropolitan Police force said more than 60 people were arrested, and the number was expected to rise.

Johnson also faces opposition to the measures from dozens of his own Conservative Party’s lawmakers, who say the economic damage outweighs the public health benefits.

Bur Cabinet minister Michael Gove said the restrictions were “grimly” necessary to avoid the health system being overwhelmed this winter.

Writing in The Times of London, Gove said there are currently 16,000 coronavirus patients in British hospitals, not far below the April peak of 20,000. A rise in infections would mean coronavirus patients would “displace all but emergency cases. And then even those.,” he said.