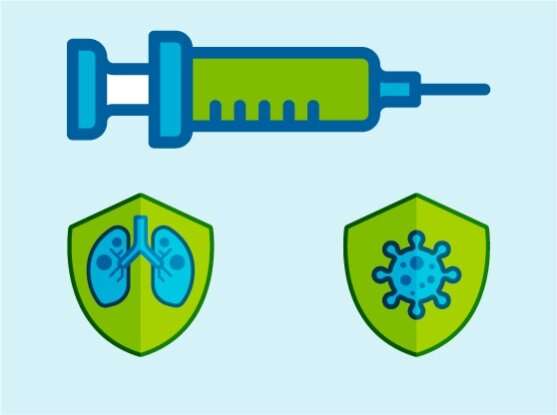 The COVID-19 pandemic has turned a spotlight on the importance of vaccines, but also on key gaps in scientific understanding of how the immune system reacts to vaccines in general. Why does the immune response to some vaccines differ from person to person? What causes immunity to wane after vaccination, and how can that be monitored and even predicted before a person gets sick? Most of all, how can we be better prepared for future disease outbreaks?

Many scientists have recently begun to more closely examine vaccine-induced immunity, including the lab of Ramnik Xavier, core institute member, director of the Immunology Program, and co-director of the Infectious Disease and Microbiome Program at the Broad Institute of MIT and Harvard. His group is studying biological factors underlying the immune response to the influenza, respiratory syncytial virus, and tuberculosis vaccines.

Xavier’s lab recently published results of their work on the Bacillus Calmette-Guérin (BCG) vaccine, which, despite being 100 years old and one of the most commonly used vaccines in the world, remains poorly understood. Though primarily given to prevent tuberculosis (TB), the BCG vaccine also provides some nonspecific protection against other diseases, but scientists do not yet understand why some people develop this protection and others don’t.

Two studies published last month in Cell Reports and Genome Biology reveal microbiome and genetic factors that may influence this variation. In collaboration with a group at the Radboud University Medical Center in the Netherlands led by Mihai Netea, Xavier’s team found that certain gut microbes were strongly associated with immune response in people who have received the BCG vaccine. They also identified 75 genes that may contribute to nonspecific protection.

Xavier, co-senior author on both studies, and his colleagues say that in the longer term, studies like these could one day help researchers find ways to rapidly and non-invasively monitor vaccine response. If a blood test could show, for example, any underlying biological factors causing suboptimal immunity after vaccination, physicians could find ways to fine-tune and boost that immunity.

“COVID vaccines have made a huge impact in slowing down the spread of infection, but what the pandemic has really taught us is the importance of vaccine immune-monitoring programs in the future,” said Xavier, who is also director of the Klarman Cell Observatory at Broad, co-director of the Center for Microbiome Informatics and Therapeutics at MIT, and director of the Center for Computational and Integrative Biology and professor in the Department of Molecular Biology at Massachusetts General Hospital.

“We study these vaccines not just to learn about their response to the target pathogen,” said Martin Stražar, a computational biologist in Xavier’s lab and first author of the Genome Biology paper. “By understanding these vaccines more broadly, we are also better prepared for what is around the corner—future epidemics.”

In the Genome Biology study, the scientists investigated the role of the microbiome in BCG vaccine efficacy. They collected stool samples from 321 healthy individuals who had received the BCG vaccine, isolated the microbes, and sequenced their genomes to determine the gut microbiome population of each donor. The researchers then simulated infection by treating blood samples from the same patients with the bacteria that causes tuberculosis. They recorded the levels of cytokines—proteins that immune cells use to signal each other—as a proxy for immune response.

Overall, the researchers found that the composition of the microbiome was strongly associated with cytokine response, revealing multiple microbes that impact the immune response. In samples with higher levels of the microbes Eggerthella lenta and Ruminococcus, cytokines were present at higher levels.

The team also studied immunity induced by the BCG vaccine against unrelated pathogens, by treating blood samples with Staphylococcus aureus, a common cause of bacterial infection in hospitals. They saw that samples with higher levels of the microbe genus Roseburia had lower cytokine levels, suggesting that Roseburia reduces this nonspecific immunity.

Stražar, Xavier, and their team also found that the microbes that caused these changes in the immune system had stronger associations with metabolites in the blood than other microbes. The team will continue to expand their library of reference microbes isolated from human stool samples to confirm these relationships in a more controlled setting.

“In the era of personalized medicine, non-invasive measurements will help us understand which individuals are more likely to benefit from different treatments or interventions,” Stražar said. “Gut microbial profiles and their metabolites will very likely play a part in these decisions.”

In the Cell Reports study, the researchers sought to better understand the nonspecific immunity conferred by BCG. They collected monocytes, a kind of white blood cell, from three patients in the Genome Biology study before and after they received the BCG vaccine. In the lab, the team then treated the monocytes with lipopolysaccharide (LPS), a molecule found in the outer membrane of E. coli bacteria that they knew would evoke a reaction in the cells.

Using single-cell RNA-sequencing, the team identified 75 genes which had different reactions to LPS before and after BCG vaccination, including CCL3 and CCL4, which encode proteins that promote inflammation. They found that BCG vaccination generally reduced inflammation before LPS exposure; after exposure, innate immune cells were more responsive than the cells collected from the patients pre-vaccination.