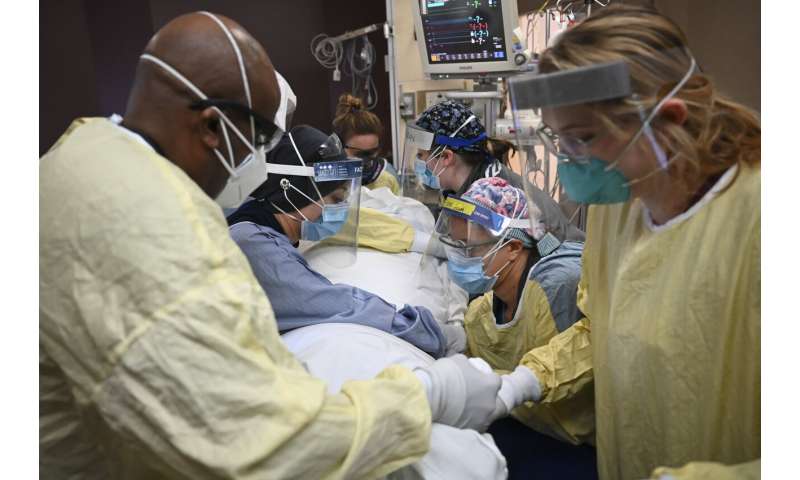 Deaths from COVID-19 in the U.S. have soared to more than 2,200 a day on average, matching the frightening peak reached last April, and cases per day have eclipsed 200,000 on average for the first time on record, with the crisis all but certain to get worse because of the fallout from Thanksgiving, Christmas and New Year’s.

Virtually every state is reporting surges just as a vaccine appears days away from getting the go-ahead in the U.S.

“What we do now literally will be a matter of life and death for many of our citizens,” Washington Gov. Jay Inslee said Tuesday as he extended restrictions on businesses and social gatherings, including a ban on indoor dining and drinking at restaurants and bars.

While the impending arrival of the vaccine is reason for hope, he said, “at the moment, we have to face reality, and the reality is that we are suffering a very dire situation with the pandemic.”

Elsewhere around the country, North Carolina’s governor imposed a 10 p.m. curfew, and authorities in Southern California and the San Joaquin Valley sent a mass cellphone text alert Tuesday telling millions about the rapid spread of the virus and urging them to abide by the state’s stay-at-home orders.

The virus is blamed for more than 285,000 deaths and 15 million confirmed infections in the United States.

Many Americans disregarded warnings not to travel over Thanksgiving and have ignored other safety precautions, whether out of stubbornness, ignorance or complacency. On Saturday night, police in Southern California arrested nearly 160 people, many of them not wearing masks, at a house party in Palmdale that was held without the homeowner’s knowledge. 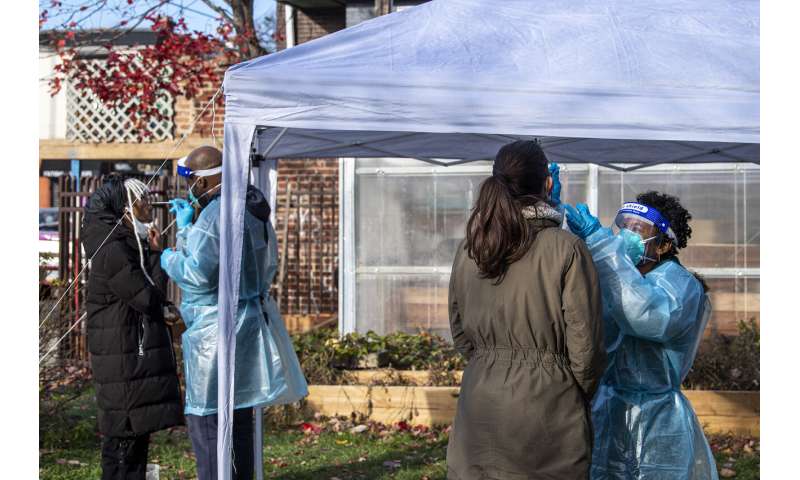 Before his death Friday from complications of COVID-19, 78-year-old former Alabama state Sen. Larry Dixon asked his wife from his hospital bed to relay a warning. “Sweetheart, we messed up. We just dropped our guard. … We’ve got to tell people this is real,” his friend Dr. David Thrasher, a pulmonologist, quoted him as saying.

Although Dixon had been conscientious about masks and social distancing, he met up with friends at a restaurant for what they called a “prayer meeting,” and three of them fell ill, Thrasher said.

Dr. Deborah Birx, the White House coronavirus task force coordinator, offered what sounded like a subtle rebuke of the way President Donald Trump and others in the administration have downplayed the disease and undercut scientists.

“Messages need to be critically consistent,” Birx said Tuesday at a Wall Street Journal conference of CEOs. “I think we need to be much more consistent about addressing the myths that are out there—that COVID doesn’t really exist, or that the fatalities somehow are made up, or the hospitalizations are for other diseases, not COVID, that masks actually hurt you.” 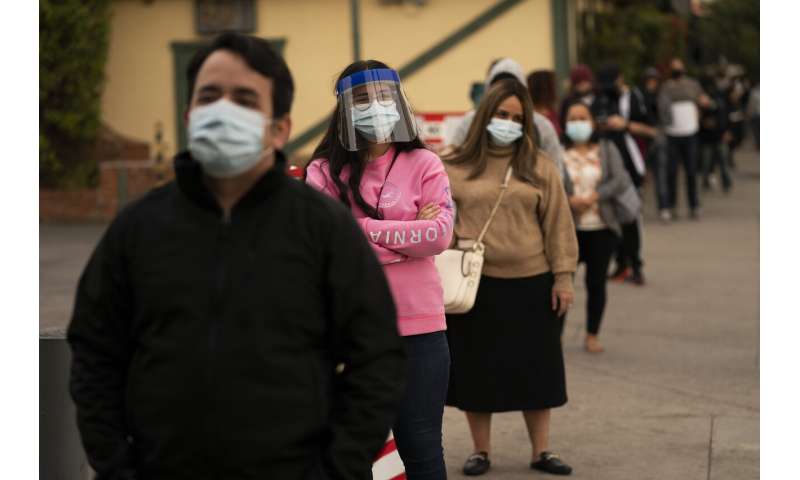 On Thursday, a Food and Drug Administration advisory panel is widely expected to authorize emergency use of Pfizer’s COVID-19 vaccine, and shots could begin almost immediately after that. Britain on Tuesday started dispensing the Pfizer vaccine, becoming the first country in the West to begin mass vaccinations.

Still, any vaccination campaign will take many months, and U.S. health experts are warning of a continuing surge of infections in the coming weeks as people gather for the holidays.

California officials painted a dire picture as more than 22,000 residents test positive for the coronavirus each day, with about 12% inevitably showing up at hospitals in two to three weeks. They fear the spike could soon overwhelm intensive care units. Southern California’s Riverside University Health System Medical Center went so far as to open an ICU in a storage room. 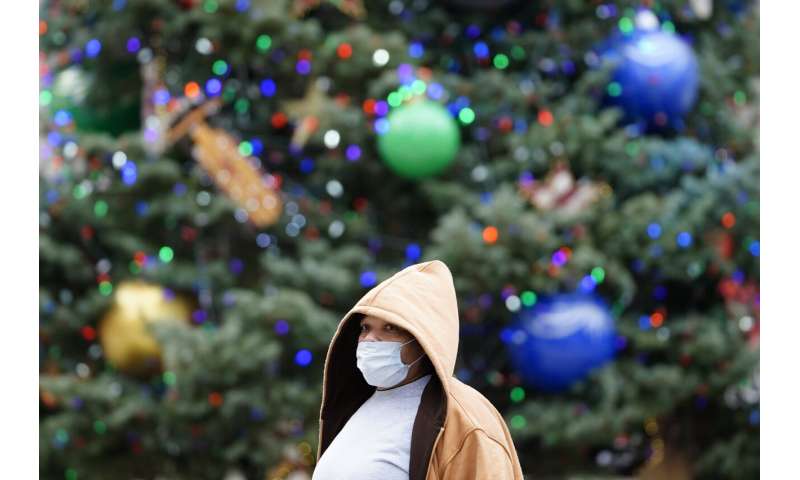 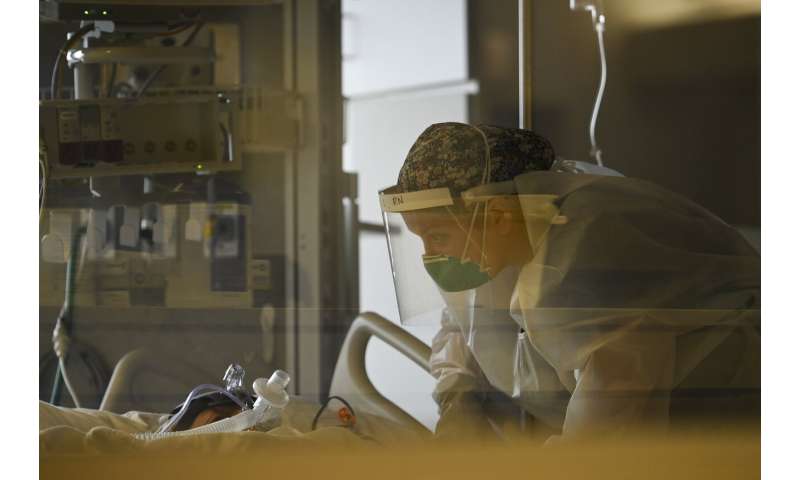 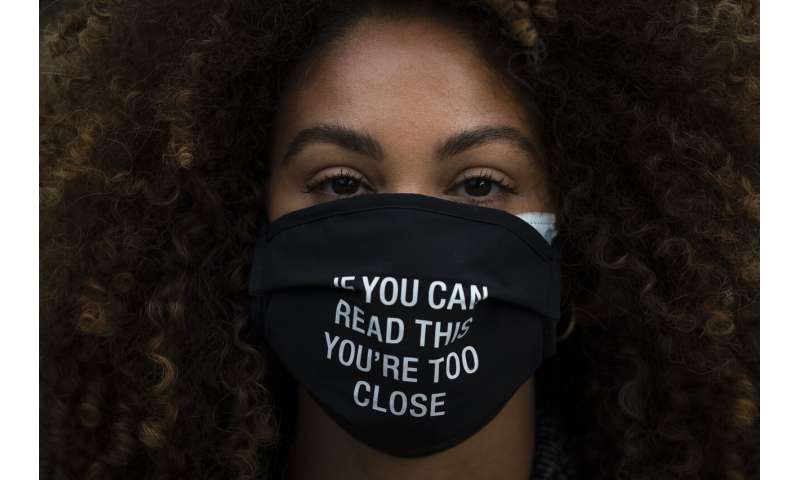 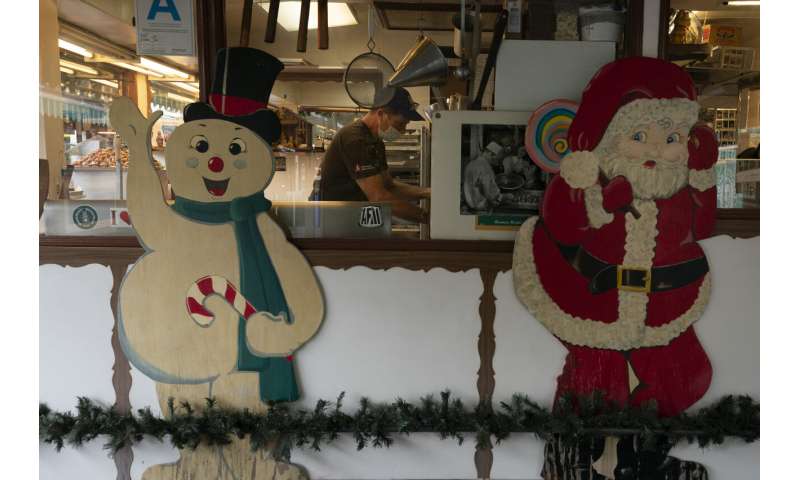 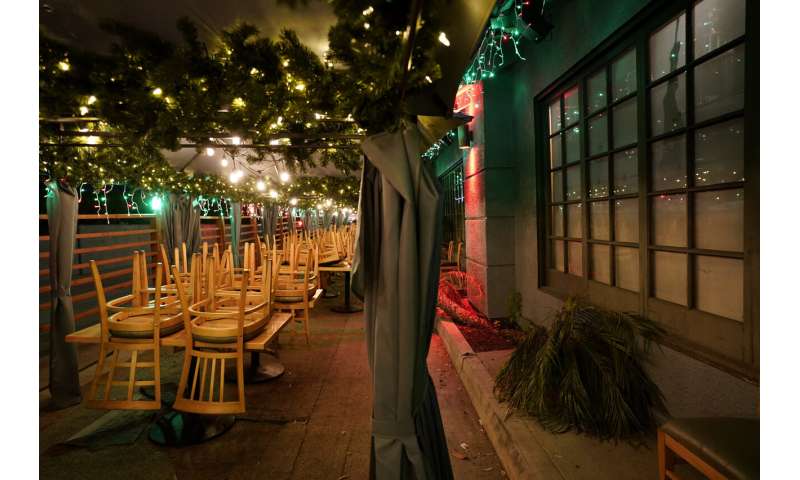 For the sixth day in a row and 11 of the last 12 days, North Carolina hit new highs in the number of people in the hospital with COVID-19. The patient count has doubled over the past month to nearly 2,400.

In Georgia, the number of confirmed or suspected coronavirus infections has soared more than 70% in the past week, and hospitals are sounding alarms about their ability to absorb new COVID-19 patients.

The state is averaging more than 5,000 confirmed or suspected cases per day. Even then, Georgia ranks only 44th among the states for the most new cases per capita in the past 14 days because infections are spreading so rapidly everywhere else.

More than 2,500 COVID-19 patients were hospitalized Monday statewide. That’s below the summer peak of 3,200 but more than double the most recent low point in mid-October.