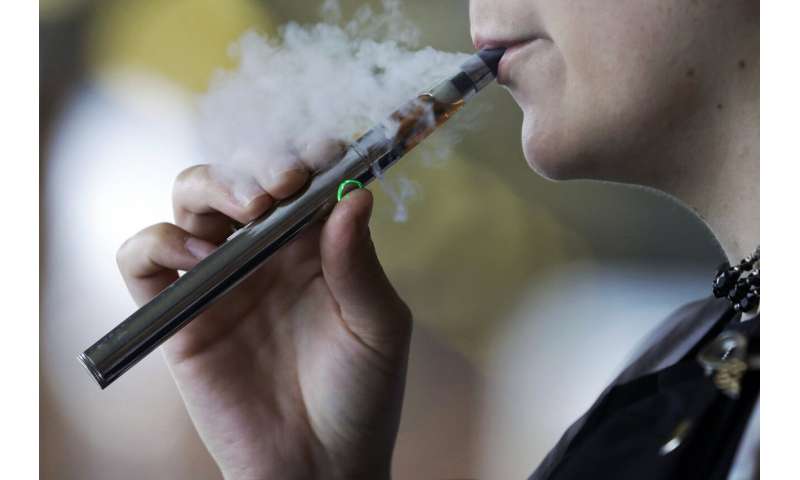 In almost any other year it would be hailed as a public health victory: The smoking rate among U.S. high schoolers took its biggest hit ever this year, federal figures show, falling to a new low.

Instead the milestone was relegated to a lone figure at the bottom of a government press release and went unremarked by anti-tobacco groups that have spent decades working to stamp out youth smoking.

It’s a new era in the tobacco wars—one in which the alarming rise of underage vaping has almost completely overshadowed a parallel drop in traditional smoking. And the pivotal question of whether electronic cigarettes are inadvertently helping to wipe out smoking among young people has become a polarizing topic: embraced by some experts, dismissed by others.

“Smoking is disappearing among young people and it’s a great public health triumph that we are failing to celebrate, much less even note,” says Kenneth Warner, professor emeritus at the University of Michigan’s school of public health.

E-cigarettes typically heat a solution that contains nicotine, the drug that makes tobacco addictive. They are generally considered less harmful than cancer-causing traditional cigarettes. But there is little long-term research on the health effects of vaping.

With one in four teenagers now using e-cigarettes, underage vaping is universally condemned, and the federal government considers it an epidemic.

But Warner and some other researchers believe recent trends continue to show vaping’s promise as a tool to steer millions of adults away from cigarette smoking, the nation’s leading cause of death.

That potential makes the case for keeping e-cigarettes readily accessible for adults—even if a certain level of teen use persists.

But that approach is a non-starter for many tobacco opponents.

“When adults make policy gains on the backs of children, that’s bad, and that’s what the argument boils down to here,” says Dave Dobbins, an attorney with the anti-tobacco nonprofit, Truth Initiative.

Even if e-cigarettes were responsible for the smoking decline among teenagers—which Dobbins says is unlikely—allowing young people to get hooked on vaping nicotine is not a solution.

“I don’t buy the argument that these things showed up and magically changed the world,” says Dobbins. Instead, he thinks the vaping industry has increasingly pursued young people as smoking has fallen out of fashion.

But no one disputes the decline.

The percentage of high schoolers who reported smoking fell to 5.8% in 2019 from the prior year, a 28% drop and the largest since the U.S. government began surveying teens, according to preliminary numbers released in September. The trend isn’t limited to one year or one survey.

A similar study conducted by the University of Michigan shows smoking among 12th graders has plummeted 50% since 2015, the largest drop of its kind in the survey’s 40-year history.

The smoking rate for adults is roughly 14% and has been falling slowly for decades.

The decline among teens has been seized upon by vaping proponents, who argue it undercuts the gravest argument against the nicotine-emitting devices: that they act as a “gateway” to traditional smoking.

That’s the conclusion of a number of short-term studies that followed young people and surveyed their use of tobacco and nicotine. The prestigious National Academies found “substantial evidence” for the gateway effect in a 2018 consensus paper. And the Food and Drug Administration even uses the concept as the tagline in its anti-vaping video ads: “Teens who vape are more likely to start smoking cigarettes.”

For now, experts on both sides acknowledge there is no definitive evidence linking e-cigarettes to the decline in youth smoking. The question is clouded by too many long-term trends and complicating variables. Teen smoking has been decreasing since the late 1990s and is influenced by government policies, public opinion, changing products and tobacco industry marketing. 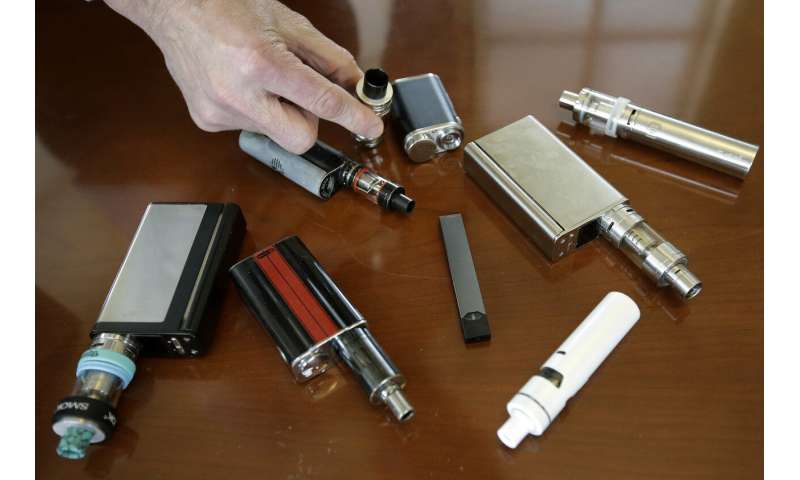 But for researchers who believe vaping is benefiting public health, the falling numbers make one thing clear: E-cigarettes are not driving large numbers of young people to smoke. The numbers suggest the exact opposite.

“The key point here is that it seems we have seen a drastic reduction in smoking,” says Dr. David Levy, a tobacco researcher at Georgetown University. “That’s clearly a good thing and it’s not something that we want to mess with.”

The question of how to best regulate e-cigarettes remains unresolved in Washington. The Trump administration has recently backed away from an earlier plan to ban virtually all vaping flavors due to their appeal to teens. No deadline has been set for a new proposal or announcement.

Levy and others favor targeted approaches to curb youth use, such as raising the minimum purchase age to 21 nationwide. They oppose sweeping bans and restrictions, which could impact use by adult smokers.

In a paper last year, Levy, Warner and several colleagues estimated that smoking among 12th graders has fallen three times faster since an uptick of e-cigarette use around 2014, compared with the earlier long-term trend.

But government researchers who collect annual smoking and vaping figures warn against making a connection between the two.

Brian King of the Centers for Disease Control and Prevention says survey data cannot prove a cause and effect between vaping and smoking rates. Therefore, it’s impossible to know which teens avoided or quit smoking due to vaping, versus those who would never have picked up cigarettes anyway.

Additionally, the data suggest many of the estimated 5.3 million underage students who vape were never at risk to become smokers.

“So that reflects an on-ramp to nicotine use that we otherwise would not have had without e-cigarettes,” says King, a deputy director in CDC’s Office of Smoking and Health.

The CDC and other health experts warn that nicotine can harm parts of the developing brain that control learning, memory and mood in young people.

The vaping debate underscores a growing rift in the tobacco control field. For decades, advocates, regulators and researchers were united in a common fight against cigarettes, which cause cancer, heart disease, stroke and many other deadly diseases.

But views have diverged since the introduction of e-cigarettes and other alternative products. Some experts—such as Warner and Levy—believe the most realistic approach is to shift smokers away from burning tobacco toward less-risky products.

On the other side are those who say there is no safe way to use tobacco or nicotine and quitting should be the goal.

With local, state and other authorities cracking down on e-cigarettes—particularly kid-friendly flavors—public sentiment has increasingly been turning against vaping. On Tuesday the influential American Medical Association called for a “total ban” on all e-cigarettes and vaping products.

Some longtime industry observers warn that vaping proponents may have missed their opportunity to benefit public health.

“The industry blew it,” said Dr. David Kessler, speaking at a recent conference for vaping and tobacco executives. Kessler served as FDA commissioner during the 1990s, when he tried unsuccessfully to assert authority over tobacco products. Congress did not grant the FDA that power until 2009.

Starting in May, all e-cigarettes will need to undergo FDA review. Only those that can demonstrate a benefit for U.S. public health will be permitted to stay on the market.

Some vaping companies expect to win the FDA’s endorsement, but Kessler noted: “I don’t see it.” 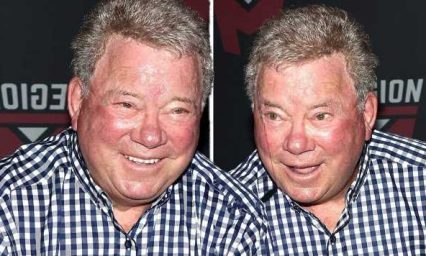