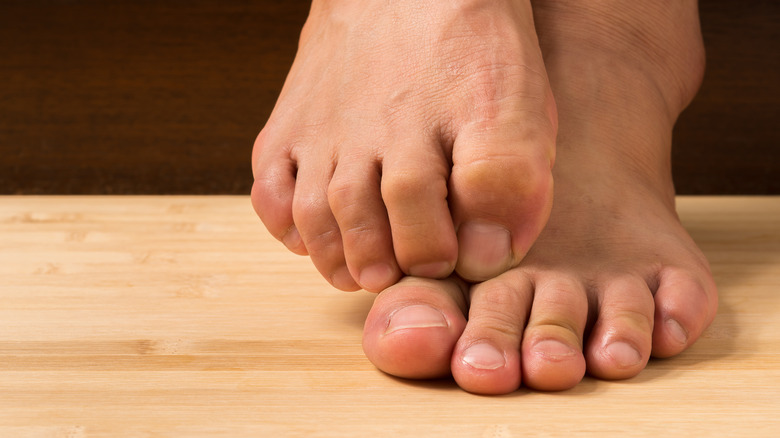 What does it mean when you have itchy toes? Sure, we’ve all heard the whole “itchy feet” idiom that means you want to go traveling, or at least move on from some kind of situation in your life. Does an itchy toe count for this, or do toes have a separate meaning? According to a 19th-century pamphlet called “Old Women’s Sayings,” digital copy courtesy of the National Library of Scotland, not only do toe itches have a meaning all their own, different toes mean different things. According to these wise Scottish elders, “If your great toe itch, you’ll get a kick on the rump.” Ouch, that doesn’t sound fun. Still, it’s a picnic in the park compared to what they say happens if the itch is in another area: “If your little toe itch, you’ll be lost in a wave.”

In more modern times, a few Quora users seemed to be familiar with the concept of an itchy right toe while driving being some kind of sign meant to warn you away from an impending car accident. Kind of like one of those urban legends where a ghost warns you of a dangerous bend in the road, and it turns out that’s where they died … A toe itch is a lot less spooky, though, and it’s also something that’s more likely to stem from a physical cause than any paranormal reason.

There's probably a physical reason behind those itchy toes 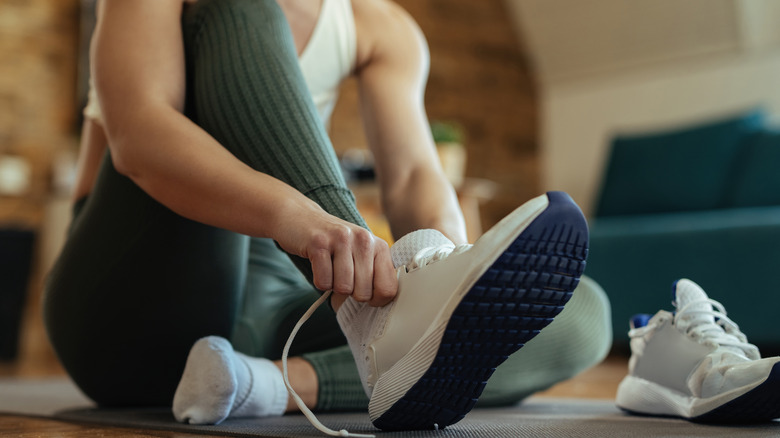 When you’ve got an itch between your toes, Healthline says there could be a number of different reasons for this malady (none of them prophetic on nature). It may be you’ve got a common fungal condition known as tinea pedis, aka athlete’s foot. In that case, an OTC or, in a severe case, a prescription antifungal cream should take care of that itch.

If your toes are covered with fluid-filled, itchy blisters, you could be suffering from dyshidrotic eczema, something that could be caused by seasonal allergies, stress, or maybe moist feet. There’s no real cure for this intermittent condition, but you can try to ride it out with the help of cold compresses and petroleum jelly (or perhaps even honey) applied to those tickling tootsies. Yet another reason why you might have itchy toes is if you’ve been doing any barefoot frolicking in moonlit meadows (or even your plain old porch-lit yard). In that case, you may be suffering from bug bites, so try slapping on some calamine. And next time you frolic, put some shoes on first.

Your shoes could be making your toes itch 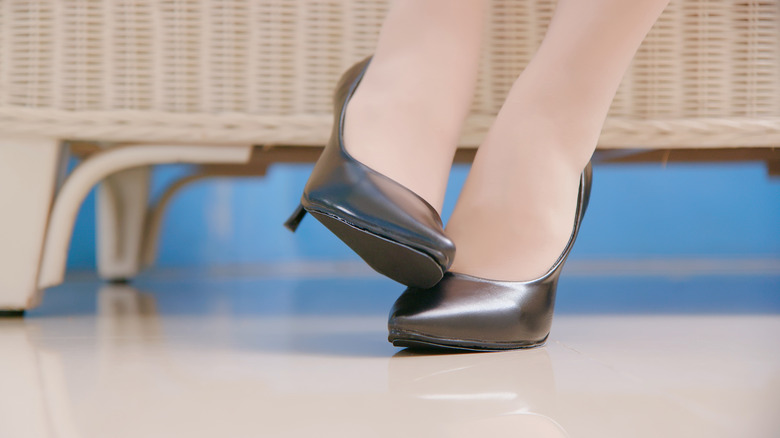 While going barefoot, especially outdoors or in a public place, can put you in danger of catching some kind of nasty foot itch, sometimes its the shoes themselves that could be to blame for your itching toes. According to DermNet NZ, shoe contact dermatitis is a skin condition caused by an allergy to any of the numerous chemicals and other potentially irritating substances used in the manufacture of shoes and boots. Rubber, they say, is the most likely culprit, and can be found in footwear ranging from boots (particularly rubber-toed “duck boots” or snow boots) to athletic shoes to flip-flops. The chemicals used to tan and preserve shoe leather can also be problematic, as can the dyes, glues, and metal components found in many shoes.

If you’ve noticed your toes exhibiting any of the symptoms of contact dermatitis, including swelling, redness, blisters, cracked skin, burning, and pain in addition to itching, you’ll need to do a little detective work to determine which shoes are causing the problem. If the allergic reaction is caused by one specific part of the shoe that can easily be replaced or removed, then you might be able to wear the shoes again. You could also see if wearing thicker socks or using add-on insoles do the trick. If your itchy toes persist, though, you’ll have to say so long to that pair of shoes and stick to wearing the type that don’t bother your feet.