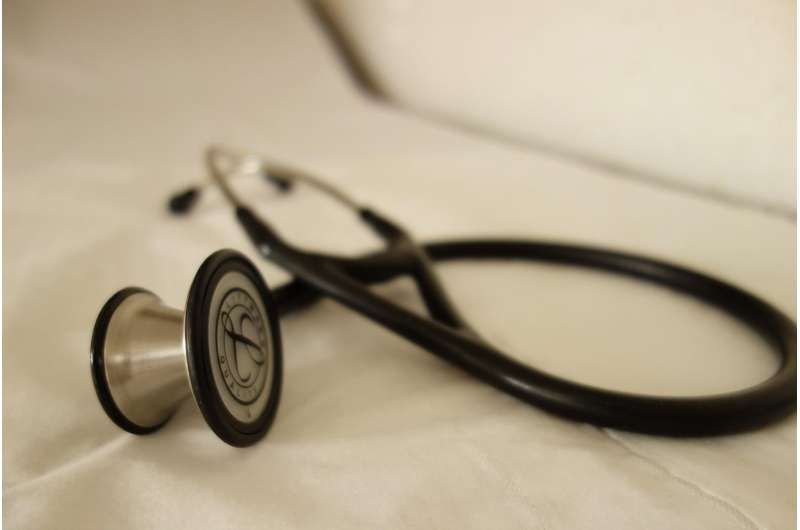 Due to the ongoing effects of colonization, First Nations peoples often experience socio-economic disadvantage and health inequality. The pandemic has no doubt worsened these conditions for some.

In addition, the health of Australia’s First Nations peoples is framed in a deficit focus. This means representing First Nations people through a narrative of difference, disparity, disadvantage, dysfunction, and deprivation, what is sometimes referred to as the 5Ds.

Viewing First Nations peoples through a deficit or negative lens is a form of racial segregation. However, this practice of white privilege or “whiteness” in health services can only cause harm to marginalized communities.

For instance, COVID-19 is more common in disadvantaged areas, where people face a triple threat—low vaccination rates, greater likelihood of getting COVID-19, and greater risk of dying.

Though the government has recently boosted efforts to reach vulnerable First Nations communities, there have long been complaints of lack of access to vaccines in high-risk areas.

Therefore, when the federal government speaks of 80% vaccination rate targets, it has somewhat felt like this means 80% of white, middle-class people without disabilities.

Whiteness refers to perspectives, practices and policies that enable the dominance of white people and their culture in society and institutions.

Historically, pretty much every political and health system has been under the leadership of white, cis-gendered heterosexual (often middle-aged) men without disabilities. This has resulted in white perspectives being interwoven in health practice and policy development.

White, cis-gendered health is often the norm against which deviation is measured in health practices. This is detrimental to First Nations peoples and other marginalized communities.

However, until recently First Nations peoples in Australia were six times less likely to contract COVID-19 because communities responded quickly to the first wave in 2020.

Aboriginal organizations came together drawing on experience from the 2009 H1N1 influenza pandemic and implemented culturally appropriate resources to share with the community.

However, there have been further waves of COVID-19 since then and increasingly restricted access to health care in response to lockdowns, border closures and the inadequate vaccine rollout. This has led to over 1,000 COVID cases in First Nations communities, and deaths that could have been avoided.

This is occurring while First Nations peoples and other communities continue to be confronted with racism when trying to access health care.

In Australia, First Nations peoples are significantly more likely to have two or more chronic health conditions. This makes us more vulnerable to contracting and dying from COVID-19.

Despite this, health services in regional, rural and remote areas with predominantly Aboriginal populations continue to be under-resourced by state and federal governments.

In addition, many people in western NSW communities are being turned away from health care facilities because they simply lack capacity.

There is indeed a level of vaccine hesitancy in the community. Inconsistent and sometimes inaccessible health messaging has contributed to understandable mistrust and fear.

However, First Nations peoples are among the most over-researched groups of people in the world. So, vaccine hesitancy can also be due to the long history in Australia of government trying to control our communities.

It certainly doesn’t help when white people continue to interfere with Indigenous health through the spread of false claims about COVID-19.

For instance, a self-proclaimed Indigenous prayer group in Western Australia spread misinformation that God will protect against COVID-19. This group turned out to be a white man from Brisbane.

And in the NSW community in Wilcannia, which has been hard hit by a recent wave of COVID-19 infections, First Nations people have been targeted by a group spruiking the benefits of ivermectin.

Where to from here

Community self-determination is essential and Aboriginal community-controlled responses must remain a priority.

The government has made efforts recently alongside the National Aboriginal Community Controlled Health Organization to increase COVID vaccinations in communities across Australia. This is a positive start, but more must be done.

There is talk of the borders re-opening and the country opening up after vaccination rates exceed 75–80% of the adult population.A Freedom Day, if you will.

So, when is our mob’s “Freedom Day?” Besides our ignored cries for sovereignty and self-determination, we cannot be left to die due to low vaccination rates while the rest of the country is deemed “safe.”