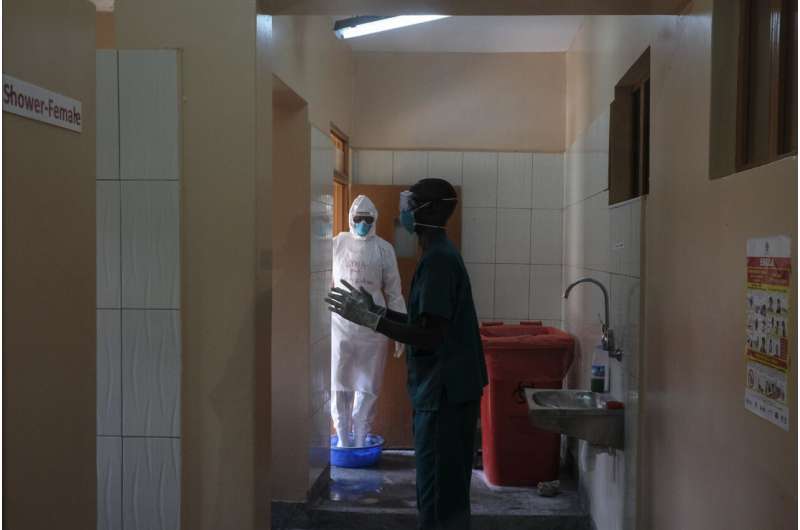 Uganda’s Ebola outbreak is “rapidly evolving” a month after the disease was reported in the East African country, a top World Health Organization official said Thursday, describing a difficult situation for health workers.

“The Ministry of Health of Uganda has shown remarkable resilience and effectiveness and (is) constantly fine-tuning a response to what is a challenging situation,” Dr. Matshidiso Moeti, the U.N. health agency’s regional director for Africa, told reporters. “A better understanding of the chains of transmission is helping those on the ground respond more effectively.”

Uganda declared an outbreak of Ebola on Sept. 20, several days after the contagious disease began spreading in a rural farming community. Ebola has since infected 64 people and killed 24, although official figures do not include people who likely died of Ebola before the outbreak was confirmed.

At least three of the confirmed patients traveled from the virus hot spot in central Uganda to the capital, Kampala, about 150 kilometers (93 miles) away, according to Moeti. Fears that Ebola could spread far from the outbreak’s epicenter caused authorities to impose a lockdown, including nighttime curfews, on two of the five districts reporting Ebola cases. 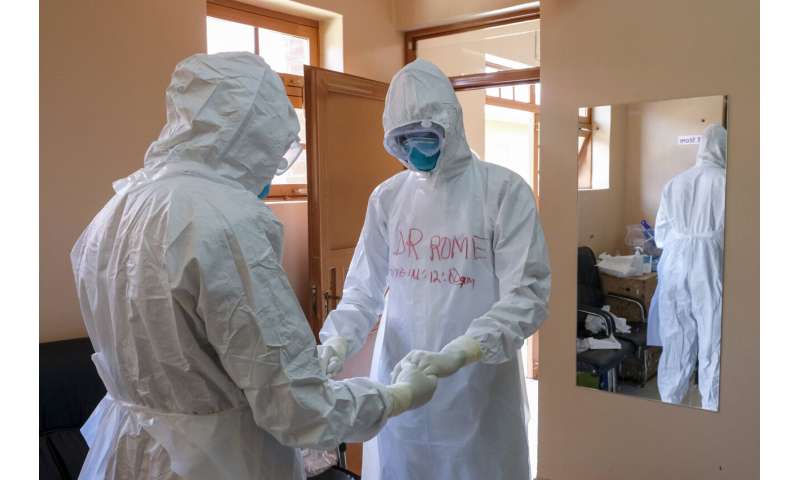 Ebola “numbers that we are seeing do pose a risk for spread within the country and its neighbors,” Dr. Ahmed Ogwell, the acting head of the Africa Centers for Disease Control and Prevention, said in a separate briefing Thursday.

While the risk of cross-border contamination is there, “it’s a manageable risk,” Ogwell said, adding that the outbreak does not yet necessitate going into what he called “full emergency mode.”

There is no proven vaccine for the Sudan strain of Ebola that’s circulating in Uganda. A WHO official in Uganda told the AP Wednesday that plans are underway to deploy two experimental vaccines in a study targeting health workers and contacts of Ebola patients.

Ugandan officials have documented more than 1,800 Ebola contacts, 747 of whom have completed 21 days of monitoring for possible signs of the disease that manifests as a viral hemorrhagic fever, Ogwell said. 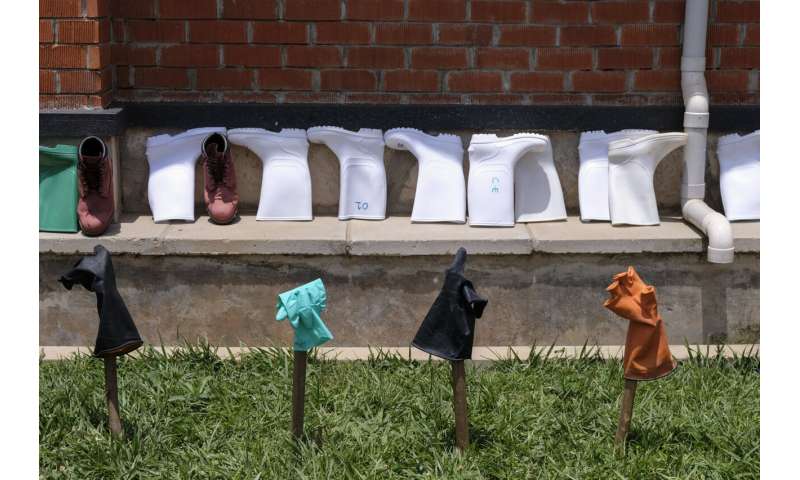 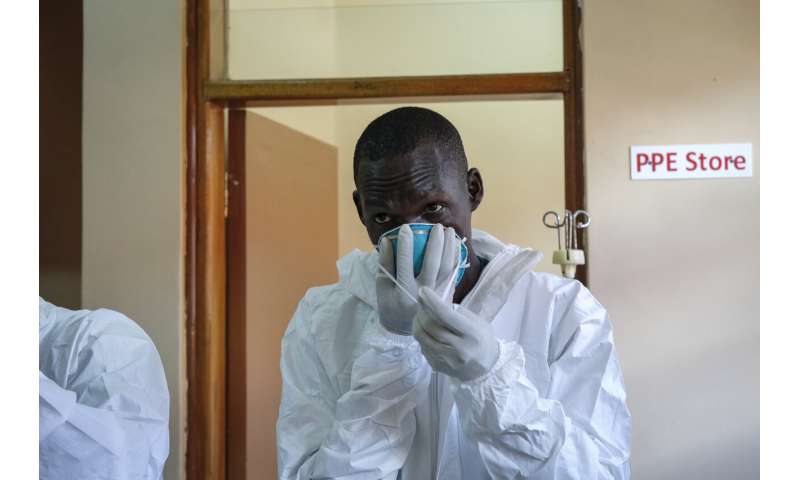 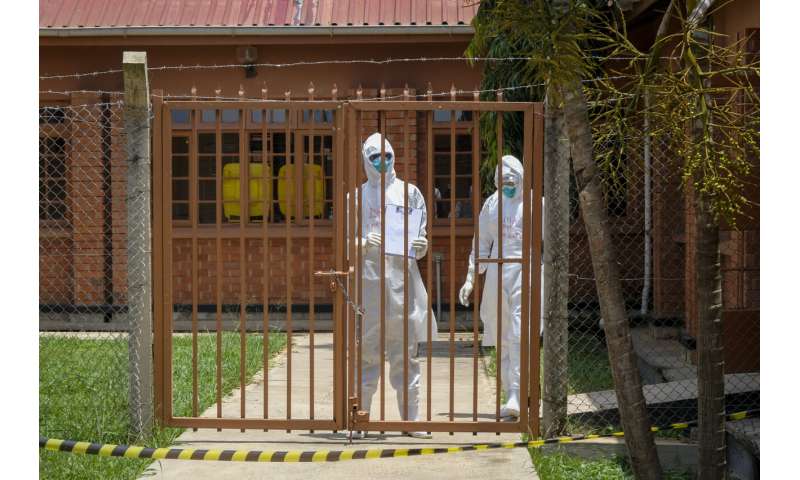 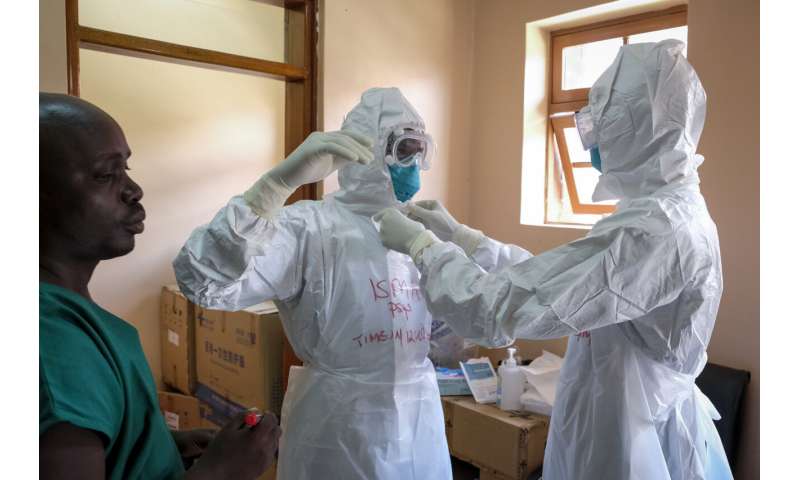 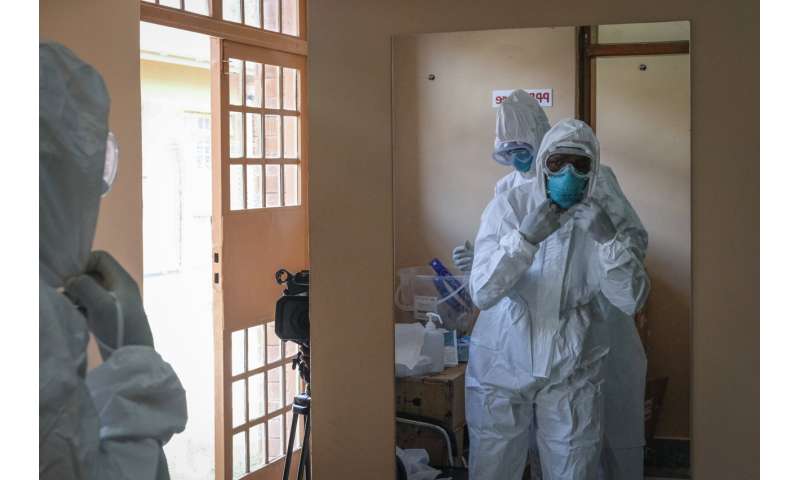 Ebola is spread by contact with bodily fluids of an infected person or contaminated materials. Symptoms include fever, vomiting, diarrhea, muscle pain and, at times, internal and external bleeding.

Scientists don’t know the natural reservoir of Ebola, but they suspect the first person infected in an outbreak acquired the virus through contact with an infected animal or eating its raw meat. Ugandan officials are still investigating the source of the current outbreak.