GENEVA (Reuters) – The World Health Organization’s chief looks set to run unopposed for a second term at the helm as tries to guide the world through its biggest health crisis in a century, sources said.

However, Tedros Adhanom Ghebreyesus lacks the support of his native Ethiopia due to friction over the Tigray conflict, the sources told Reuters.

Exactly how he will be nominated ahead of the deadline for nominations next week is unclear amid opposition from the Addis Ababa government, they said.

He has steered the agency through several Ebola outbreaks as well as the COVID-19 pandemic, surviving savage criticism from the Trump administration for allegedly being “China-centric”.

While he has not publicly acknowledged his plans to run again for a second five-year term, saying he was focusing on fighting the pandemic, four sources said he is the only known candidate.

They declined to be named due to confidentiality of the process.

“Tedros is for sure a candidate,” said one source with direct knowledge of the election process, adding that at this stage there was no alternative candidate.

However, Tedros – whom an Ethiopian general has publicly called a “criminal” and accused of trying to procure weapons for Tigrayan forces – is not expected to be nominated by his government as is the diplomatic custom, two senior Ethiopian officials told Reuters.

Billene Seyoum, the prime minister’s spokeswoman, and Dina Mufti, spokesperson for the Ethiopian Foreign Affairs Ministry, did not respond to requests for comment.

Tedros has described the situation in Tigray as “horrific” and regularly tweets about developments there but denies taking sides in the conflict.

Consultations are underway including among African countries about who will propose his candidacy before the Sept. 23 deadline, two of the sources said.

The WHO did not respond to a request for comment. Its rules do not specify that a candidate must be proposed by his or her own country only that the submission must be done by one of its 194 member states.

The formal appointment is scheduled for May 2022 at the World Health Assembly.

Ethiopia’s opposition to Tedros places some African nations in a quandary. Africa’s second-most populous nation is a diplomatic heavyweight and hosts the African Union headquarters. Its military provides peacekeepers in Sudan, Somalia and South Sudan.

Its sway over the African Union means Tedros is unlikely to have the institution’s united backing, as he did last time, but diplomats say he still enjoys support from some African nations.

When pressed about who would nominate him, Kamau responded: “I think there will be a group of countries.”

Uganda’s state minister for foreign affairs Okello Oryem called Tedros “an old friend” and Kampala was consulting with other East African governments about his nomination. “If we consult our friends and we find all our friends support him then we’ll support him,” he told Reuters.

Tedros is seen as a voice for Africa in a difficult forum – arguing passionately for greater access to COVID-19 vaccines for Africa and against vaccine passports, which many African nations fear would curtail the movement of their citizens, who still struggle to access vaccines that are plentiful in the West.

One of the sources following the election said several countries outside Africa would be willing to nominate Tedros, if needed.

In 2016-2017, Tedros competed against five other international health experts in the last WHO election.

His possible re-election is a test of his agency’s handling of the pandemic under his leadership, which was fiercely criticised by former U.S. President Donald Trump.

If re-appointed, he will oversee the next stage of the investigation into the origins of the coronavirus in China as well as a potential overhaul of the agency amid concerns about its resources and capacity to deal with a global pandemic.

The Trump administration accused Tedros and the WHO of being “China-centric” – allegations they rejected – and halted U.S. contributions while starting the process of leaving the agency.

The Biden administration announced after taking office in January that it would remain a member and fulfil its financial obligations while working on reforms.

Those reforms could lead to a big shake-up of the agency. Among the recommendations from an independent panel in May, a new global system should be set up to respond faster to disease outbreaks to help ensure no future virus causes a pandemic as devastating as COVID-19. 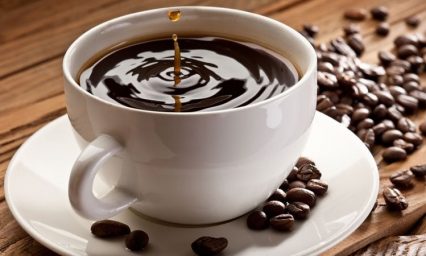