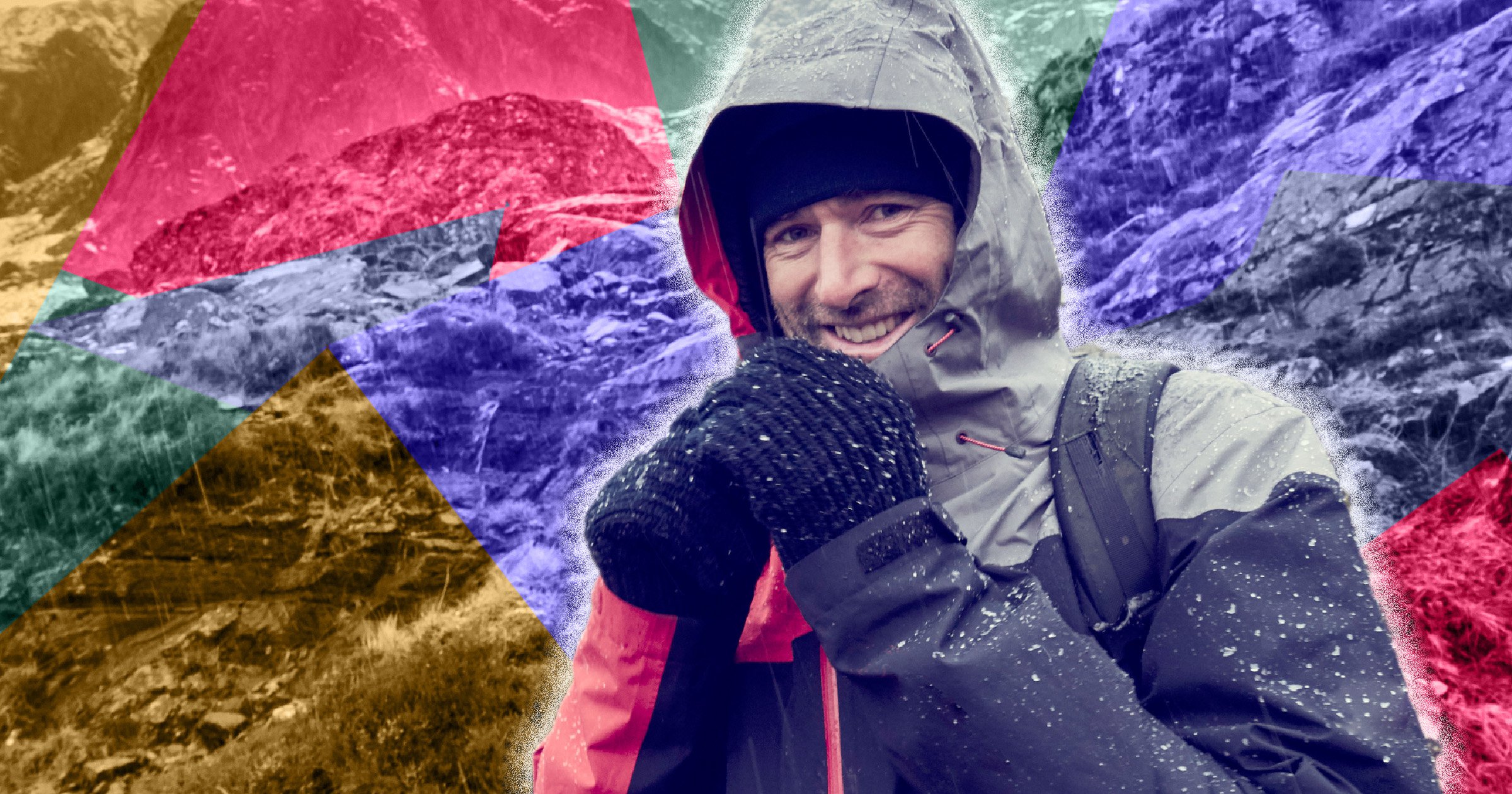 Hey, autumn lovers, I hear you.

Yes, the trees are beautiful and isn’t it nice to dream of cosy evenings drinking hot chocolate but, according to the Met Office, we’re entering unsettled stormy season.

We have a lot of cold, wet and windy weather to endure before we’re eating Easter eggs again. Add dark evenings into the mix and it’s all pretty grim.

But what if we learned to love ‘bad’ weather? What if the blustery winds, driving rain and biting temperatures were a tonic for body and soul?

According to scientific research and holistic health experts, that could be true. Not only do our vitamin D-deprived bodies need us to get outside in daylight hours to help stave off SAD (seasonal affective disorder), but exposure to the elements can boost our physical and mental wellbeing.

‘As the nights draw closer and the days get colder and wetter it can be tempting to avoid the outdoors,’ holistic energy expert Antonia Harman tells Metro.co.uk. ‘However, by doing this we cut ourselves off from nature and the many benefits it can bring to our lives – particularly in boosting the energy and balance of our mind, body and soul.’

Antonia believes we need to change our attitude to ‘bad weather’, describing it as a great opportunity to practice mindfulness and remind us of our place in the world.

She says: ‘Nature and the elements are vast and universal. What we can learn from embracing bad weather is that we’re only a tiny cog in this whole system and that, like the weather, life is unpredictable and beauty can be found in every moment.’

How the sound, smell and feel of the rain is good for us

The next time it rains, take a walk – without your umbrella. Not only will your central-heating ravaged skin thank you for the extra moisture boost, but your inner body will be cleansed too.

An MIT study published in the journal Atmospheric Chemistry and Physics demonstrated how effective rain is at cleaning the air. As raindrops fall through the atmosphere they attract hundreds of particles of pollutants such as soot and bacteria, pulling them to the ground.

As you breathe in a clean lungful of air, you could also get a little boost from the scent. Many people love the smell of the rain and find it soothing. This fragrance, known as ‘petrichor’, is released when plant oil compounds mix with moisture droplets and are released into the air.

That air is particularly beneficial if you’re walking through a park, garden or woodland on a rainy day. Trees and plants emit phytoncides which, according to a study by Japanese researcher Qing Li who specialises in forest-bathing, have been proven to help our bodies fight off illness.

It’s no coincidence that a rainfall soundtrack can be found on almost every meditation app available.

‘The sound of rain is magical,’ says Antonia. ‘Not in a “woo woo” way – it’s been proven to help our overstimulated and active brains.

‘The repetitive, predictable and simple sound of rain actively blocks out sudden noises and allows our brains to slip into a mild form of meditation.’

This pitter-patter is classed as ‘pink noise’. Unlike white noise with its higher frequencies, ‘pink noise’ is a sound where low frequencies are amplified and higher ones diminished, which makes them more pleasant on the brain. ‘Pink noise’ such as rainfall is thought to increase slow wave activity in the brain which is associated with deep sleep.

The blustery benefits of windy weather

Aside from ruining a good hair day, blustery weather can uplift us in a ‘blowing away the cobwebs’ kind of way.

The Dutch even have a word for embracing windy weather for the soul – uitwaaein, which roughly translates as ‘blow out’. If they are feeling stressed or anxious, the Dutch will ‘go uitwaaein’ to feel the wind on their faces and simply let the elements (metaphorically) blow their troubles away.

Up the game by running or cycling in blustery conditions. The push back from a strong wind can turn your cardio workout into a resistance exercise helping make you stronger. Although a combination of wet and windy weather has its downsides when working out.

Firas Iskandarani, master trainer at Gymbox, recommends slower-paced strength work, such as kettle bell swings, when exercising in bad weather but warns: ‘It’s important to keep moving to keep your heart rate up and your body at a regulated temperature.

‘You should be more aware of your surroundings and control simple variables, such as dressing appropriately – when I train in these conditions, I personally like to wear gloves and hand warmers as these ensure I have sufficient grip and can perform at my best.

‘Your footwear should have enough grip, and try and avoid slip hazards such as wet leaves.’

Thanks to the energy crisis, we all need to get used to braving the cold. Luckily, low temperatures can be good for the brain.

Struggling to solve a knotty problem at work? Taking a walk outside in cooler temperatures could help you think outside the box, according to research. The 2014 study found that thinking in warm conditions fostered ‘relational creativity’ – seeking links and connections – while cold conditions led to more ‘referential creativity’ – abstract thinking and the ability to break away from mental habits.

Although it can be a little more complicated than that. When we are cold our body works hard to increase our core temperature by shivering, but when we exercise we warm up.

For additional calorie burn, on top of that from exercise, we need to feel cold so get the balance right with lighter clothing or lower-intensity activity such as walking.

Record-breaking endurance athlete Sean Conway, who has teamed up with Athletic Brewing Co. for the Fit For Autumn campaign, knows a thing or two about embracing the elements. He tells Metro.co.uk: ‘Training in the cold has definitely built my immune system to be stronger, which is definitely needed as we enter cold and flu season.

‘The cold weather helps keep my heart in tip-top shape, as the body is forced to work harder to pump blood around, leading to an improved cardio-vascular system. I’ve also found that it can reduce inflammation which can improve any stiffness in my joints.’

If none of this persuades you to love bad weather, try to embrace the Norwegian philosophy of friluftsliv (pronounced ‘free-loofts-liv’), which roughly translates as ‘open air living’.

Friluftsliv is about not fighting the cold, wet weather but enjoying it. Practice friluftsliv by spending time outside every day connecting with nature and the great outdoors by picnicking, hiking, swimming… All very Scandinavian, but if the Norwegians can do this in Arctic temperatures and still be ranked one of the happiest nations on Earth, they’re obviously on to something.