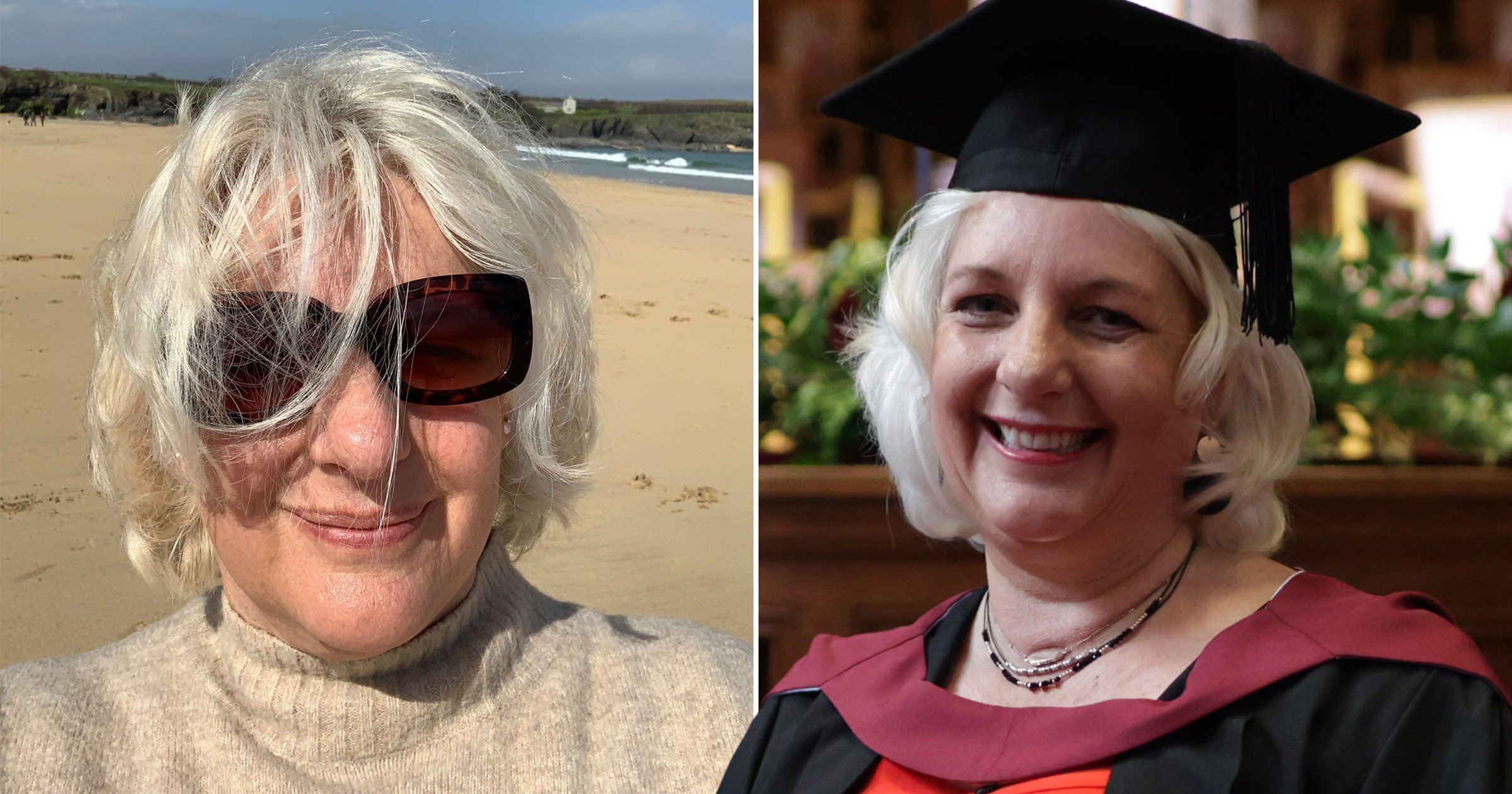 A mature student who was diagnosed with three different cancers in 15 months has been able to complete her Master’s degree with a distiction.

Georgina Tankard, 53, was diagnosed with the first of the three cancers a mere two days before she was due to start studying at the University of Bristol.

While the mum-of-two had to delay her studies to undergo treatment and got two more crushing diagnoses in the following months, she ultimately graduated with a distinction today in front of her proud husband and youngest daughter.

Georgina had been a teacher and librarian when, then aged 48, she decided to go back to her old university to study for a psychology of education Master’s degree.

Her aim was to build on her understanding of children’s learning and mental health, so she could help young people.

However, her first breast cancer diagnosis came in September 2017.

It meant she needed to have an operation and five punishing weeks of radiotherapy, and would have to put her goals on hold.

During the treatment, doctors also found a cancerous melanoma on Georgina’s leg, which had to be surgically removed.

The 52-year-old, from Emersons Green, South Gloucestershire, was able to start studying in the new academic year, but then another letter came informing her of a third cancer diagnosis.

‘It was quite a lot more serious than the first breast cancer. But I knew what to expect this time.

‘I was just like, “Okay, I’m back in the groove again.” But this time I was a lot more informed, a lot more prepared.’

This time, she was able to keep studying on a reduced timetable, balancing her degree with more surgery and radiotherapy.

This was followed by hormone therapy that resulted in her feeling ‘fatigue, horrible anxiety and headaches which lasted for days’.

She sought support through the NHS and a Bristol charity during this time and got aid from a ‘brilliant’ counsellor at the university’s student service.

‘Cancer takes up a lot of time – I think I had over 100 appointments – but also a lot of headspace,’ she said.

‘I get really emotional when I talk about it as my friends were just amazing.

‘I’m a really independent person but I realised I needed help, and they made sure they were there.

‘I had 40 radiotherapy sessions and I only did one alone. I called them my Team George.’

Georgina was ultimately able to return to her degree full-time, writing her dissertation – which she now hopes to publish – on pupils’ experiences transitioning from primary to secondary school.

Her course finished in June 2021, and in return for all her hard work she received a distinction.

She said: ‘It’s amazing to graduate here today, with my husband and daughter, who have seen all the hard work I put in at the kitchen table over the four years.

Georgina now plans to be a children’s counsellor.