Women could be at risk of catastrophic pregnancy complications due to bad advice given by 999 call-handlers.

According to a new report seen by The Mail on Sunday, worried mothers-to-be who call an ambulance are receiving instructions from phone-operators that go against official guidance.

Call handlers, who are not medically trained, have failed to spot serious birth complications or life-threatening emergencies, and simply told women to prepare for a normal labour.

Such mistakes could lead to paramedics arriving unprepared and without lifesaving equipment, experts warned.

She called 999 and described her symptoms to the call-handler, who incorrectly told her she was low-risk and suitable to give birth at home. 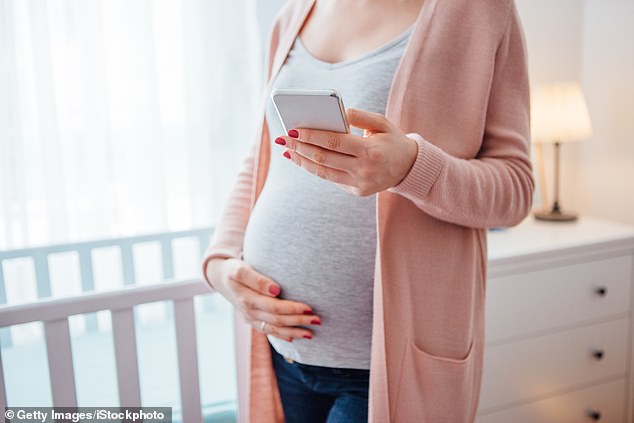 According to a new report seen by The Mail on Sunday, worried mothers-to-be who call an ambulance are receiving instructions from phone-operators that go against official guidance. (stock image)

Bizarrely, the woman – named only as Amy – was then told to collect objects from around her house in preparation, including a safety pin to burst the amniotic sac which cushions the baby, and shoelaces to tie and clamp the umbilical cord.

This advice is not recommended by healthcare professionals.

‘Telling a woman to wander around a house looking for objects while bleeding profusely could result in sudden collapse, which could be catastrophic for mother and baby,’ says Dr Jayne Terry, consultant obstetrician and head of maternity at London’s St Mary’s Hospital.

The report, by health watchdog the Healthcare Safety Investigations Branch, also noted that heavily pregnant women were being routinely told to lie on their back when feeling unwell – which goes against NHS recommendations.

Lying on your back increases pressure on the delicate blood vessels in the abdomen, reducing the supply of blood and oxygen to the baby.

LISTEN TO THE DEBATE NOW ON MEDICAL MINEFIELD

Roughly 130 babies’ lives a year could be saved if more women slept on their side during the late stages of pregnancy, according to studies.

The watchdog’s 118-page document was written in response to a spate of patient-safety complaints about the quality of advice offered by 999 call-handlers.

Dr Ellie Rayner, an NHS obstetrician working at a South London hospital and founder of pregnancy support organisation The Maternity Collective, says: ‘It appears as though some phone-operators wrongly assume heavy bleeding is a normal sign of labour.

‘In fact, it is unusual to see a large amount of blood in the early stages of labour – it is almost always a sign of serious complications that need urgent medical attention.

‘If the ambulance service thinks a woman is simply giving birth, they may send a paramedic in a car, rather than an ambulance, which may not carry equipment needed to do urgent blood transfusions or drugs that can control bleeding.’

The report’s chief investigator Craig Hadley also raised concerns about ‘huge inconsistencies’ in the information women receive depending on where they are in the UK.

‘You could have two women experiencing exactly the same clinical emergency, but the advice they receive is often totally different,’ he says.

‘This is not the case for other medical emergencies, such as heart attacks. Ambulance services have specific national guidelines for what patients should do before the paramedics arrive.

‘But it seems there isn’t anything official for maternity emergencies.’

Joanna Darks, a 37-year-old mother-of-two from Surrey, says a 999 call-handler told her she was just in early labour when she called for an ambulance in 2015 after suffering severe blood loss.

What’s the difference between the morbidity rate and the mortality rate?

The morbidity rate describes the number of new cases of a disease, or anything unhealthy, that occur within a timeframe.

This can refer to long-term chronic conditions such as cancer and diabetes, or short-term acute illnesses such as flu and Covid-19.

The morbidity rate can also refers to the percentage of people who are suffering with a particular problem within a population.

When someone is said to have co-morbidities, it means they have more than one condition.

The mortality rate refers to the proportion of people who die from a certain illness, injury or condition over a specific period.

For example, a disease causing 100 deaths per one million people per year.

‘I was only seven months pregnant so I was very surprised to hear this was just what labour was like,’ says Joanna.

‘I bled through several sanitary pads and was struggling to keep a track of how much I was losing.

‘The first thing the call-handler asked me was whether I could see any baby limbs hanging out – which I thought was an odd turn of phrase.

‘I told her there wasn’t, but I was losing a lot of blood and struggling to stay conscious.’

Roughly ten minutes later a paramedic arrived in a car and identified that Joanna was suffering serious complications and in need of urgent transfer to hospital. An ambulance followed 20 minutes later.

Joanna was suffering placenta previa, where the placenta blocks the opening of the cervix and stops the baby from being born.

At the hospital, midwives were unable to detect the baby’s heartbeat, so doctors performed an emergency caesarean.

Joanna’s son, Eric, was born unable to eat or breathe properly, and stayed in neonatal intensive care for two weeks.

‘Thankfully there were no serious long-term complications – but the whole thing was pretty traumatic,’ she says.

While most women with complications call their local maternity unit, midwives will often suggest they call 999 if the situation is deemed urgent.

Call-handlers type information they’re given by the patient into a computer program which uses an algorithm to determine what the problem could be, and issues specific advice.

Six of the UK’s ten ambulance providers use a system based on international emergency care guidance, developed in the US.

The remaining four use a UK-based system developed by NHS experts and Government health advisers.

It’s the international version that experts say is responsible for most of the inappropriate information. 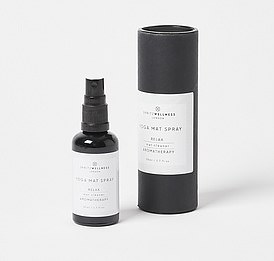 Keep your yoga mat fresh with this scent made with lemongrass and tea tree oil that not only aids relaxation but also kills any nasty germs lurking on the surface. 50ml, oliverbonas.com

Hadley says: ‘For example, the NHS pathway recommends a pregnant woman lies on her side.

The American system says women should lie on their back – which is against official NHS guidance.’

Every three months about 8,000 pregnancy-related calls are made to ambulance services that use the American system, according to Hadley.

It’s a protocol that, according to Dr Terry, is ‘not fit for purpose’.

She adds: ‘It is drawn up by people who aren’t knowledgeable about maternity.

‘It assumes, for instance, that heavily pregnant women with abdominal pain are in labour, when any expert will know there are many other things it could be.’

Phone-handlers also rely on women telling them they have a high-risk pregnancy, when many serious problems can occur in pregnancies that are otherwise deemed low-risk.

The Healthcare Safety Investigations Branch has urged the Government to develop a new set of nationwide guidelines for ambulance services – including phone-operators – drawn up by health chiefs at the National Institute for Health and Care Excellence.

‘Hopefully others will start doing the same.’