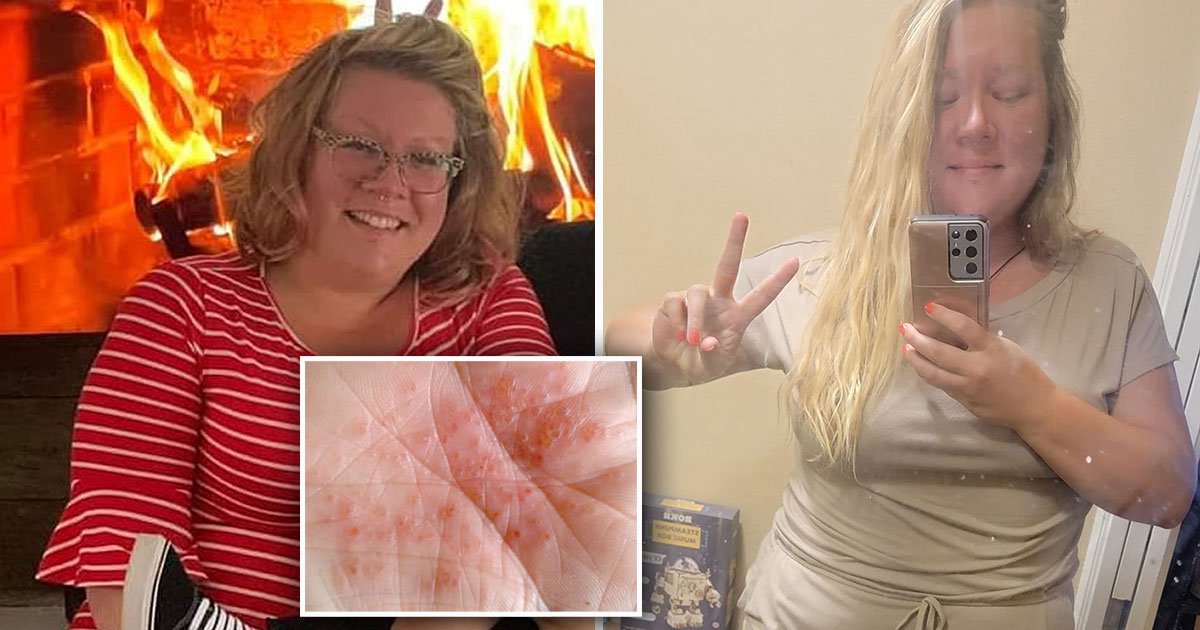 For the last two weeks, Grace Jones has been urinating into a jar every day so she can save her pee and after letting it age, rubs it into her skin.

As well as the urine facials, each morning she wees into a cup and drinks it fresh.

The 32-year-old, from San Diego, California, USA, claims it’s been beneficial for her.

It’s worth noting that most doctors don’t recommend the practice and there is no officially recognised medical evidence of the benefits.

While urine is mostly water, it contains waste products that doctors say could be damaging to consume in large quantities.

If you are considering changing your diet or trying something like urine therapy while taking medication, it is best to talk to your medical team before making any adjustments.

But Grace, from San Diego, California, USA, explains: ‘I ingest it, snort it, pour it into my eyes and rub it on my skin and hands.

‘I wee into a cup in the morning and drink it straight away.

‘During the day, I pee into a jar and save it because the more it’s aged, the more potent the nutrients are.

‘I try not to drink it in the evenings because it gives me a lot of energy and keeps me awake.’

She came across the controversial idea on social media and decided to try it alongside adopting a plant-based diet and cutting out alcohol.

She says: ‘I’m completely off my blood pressure medication, it has helped my skin problems, my hair looks healthier and I’ve lost 30 pounds.

‘I no longer have depression, anxiety or brain fog.’

‘I was sceptical at first and it took me a while to get over the stigma of it.

‘It tastes slightly salty and buttery but it depends on what you’ve eaten and how you’re feeling.’

Although she’s shared her new regime with friends and family, Grace hasn’t yet told her partner of nine years as she’s worried about his reaction.

She said: ‘I’ve told a couple of my friends and family and some have said I don’t know what I’m doing or I’m crazy or sick or I’m going to hurt myself because it’s toxic waste.

‘I haven’t told my boyfriend yet because I don’t think his reaction would be positive.

‘I’m just waiting for the right time. I have my own bathroom so I can keep it hidden.’

Get in touch at [email protected]