Woman, 36, who left university to care for her dying dementia-stricken father is told she will develop the SAME form of Alzheimer’s in her 40s

A woman who looked after her father while he was dying of dementia was told by doctors she will get the same disease before she reaches her 50s.

Laura Sides, 36, dropped out of university 15 years ago to care for her doctor father, who needed round-the-clock care until he died in 2009, aged 60.

Eight years after her father’s death, Ms Sides plucked up the courage to ask doctors whether she would suffer the same fate and they confirmed she would.

Ms Sides has been told she has a genetic predisposition to early-onset Alzheimer’s.

Despite living in the knowledge her life will be cut short in the same way her father’s was, Ms Sides is determined to not be defined by the illness and is running the London Marathon next month. 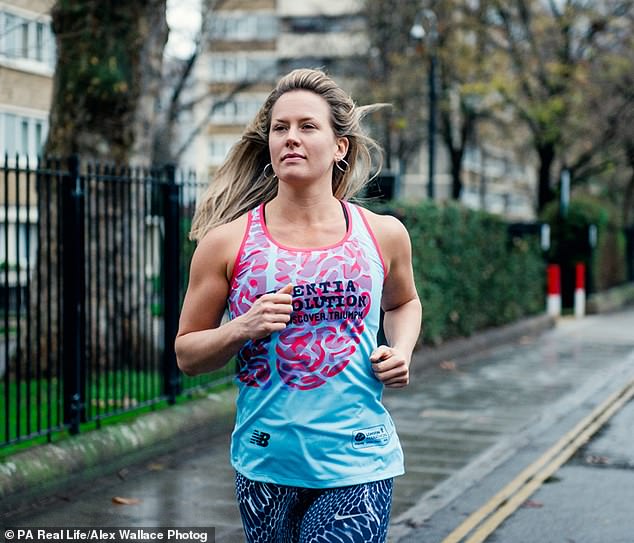 Laura Sides, from Norwich, has been told she carries the same genetic mutation which led her father to develop early-onset Alzheimer’s in his 50s and die at the age of 60 (Pictured: Laura training for the 2019 London Marathon) 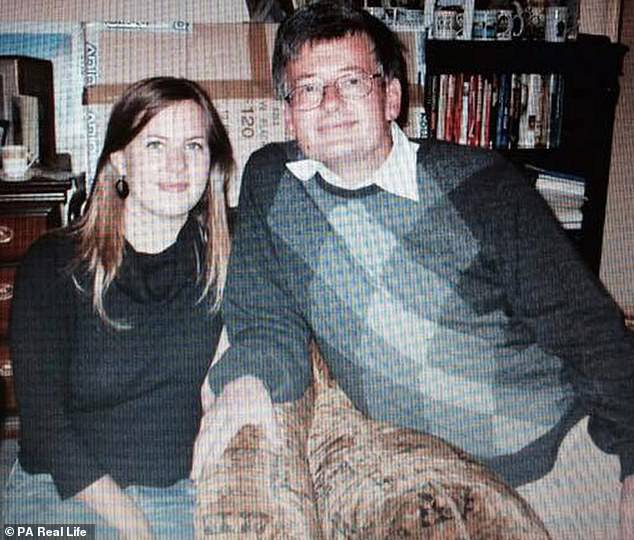 Ms Sides quit university in 2004 to move home from Nottingham and care for her father full-time (pictured, the two of them together during Dr Sides’s illness)

Ms Sides, from Norwich, left her psychology degree course at Nottingham University in 2004 to look after her father, Jeremy Sides.

Her parents had already split up by the time he became ill and Ms Sides then lost both her parents within two years, with her mother, Sue, dying of a ruptured stomach ulcer in 2008.

It was caused by a mutation of the APP gene which, she later found out after agonising over whether or not she wanted to know, she inherited from him.

‘In the 10 minutes it took for doctors to sit me down and tell me I had the gene, I hadn’t changed as a person – but every single part of my life was different,’ she said.

‘Still, I want people to be comfortable around me and to realise that, although the situation is tragic, we can still be positive.’

WHAT IS EARLY-ONSET ALZHEIMER’S DISEASE?

Early-onset Alzheimer’s disease affects people under 65 and makes up around five per cent of the condition’s sufferers.

A very small number of these cases are caused by faulty genes, accounting for less than one per cent of all cases of Alzheimer’s disease. It is so rare that it affects around 600 families worldwide.

These symptoms get worse over time.

Most cases are not inherited but are thought to be brought on by a combination of genetic and environmental factors.

There is no cure. Treatment focuses on managing symptoms.

Doctors told her in 2017 it was likely she would develop Alzheimer’s disease within the next 10 years.

Early-onset Alzheimer’s disease is a type of dementia which begins in people under the age of 65.

It is uncommon and only affects around five per cent of all Alzheimer’s patients – so around 42,000 people in the UK.

In the years leading up to her finding out, she had agreed to take part in a medical trial and had scans done by researchers who knew she had the genetic issue – but for years she didn’t want to know.

‘The not knowing started to really impact on me,’ Ms Sides said. ‘I thought about it every day. It was no way to live.’

After six months of counselling which assessed her mental health and ensured she was ready to find out such life-changing news, Ms Sides was given her results while she was still living in Melbourne.

She said: ‘After taking the test, it had been a six week wait, which felt like a lifetime.

‘I was living in limbo, flitting between feeling as if I was facing impending doom, to being serenely calm because I had no control over the results.

‘On the day itself, I went to a weightlifting class at 6am to try and calm my nerves.

‘Then, as I was in the car on the way to hospital, I began feeling incredibly anxious, like everything around me was white noise.

‘When doctors broke the news, I didn’t cry. I didn’t feel fear over the fact I won’t have a long life, it was more sadness for all the things I wouldn’t do.

‘I was pretty numb until I started to think about how I’d tell my loved ones – and that’s when my heart broke.’

Ms Sides has since moved back to the UK and is unemployed, but training to run the London Marathon in April for dementia charities in memory of her father. 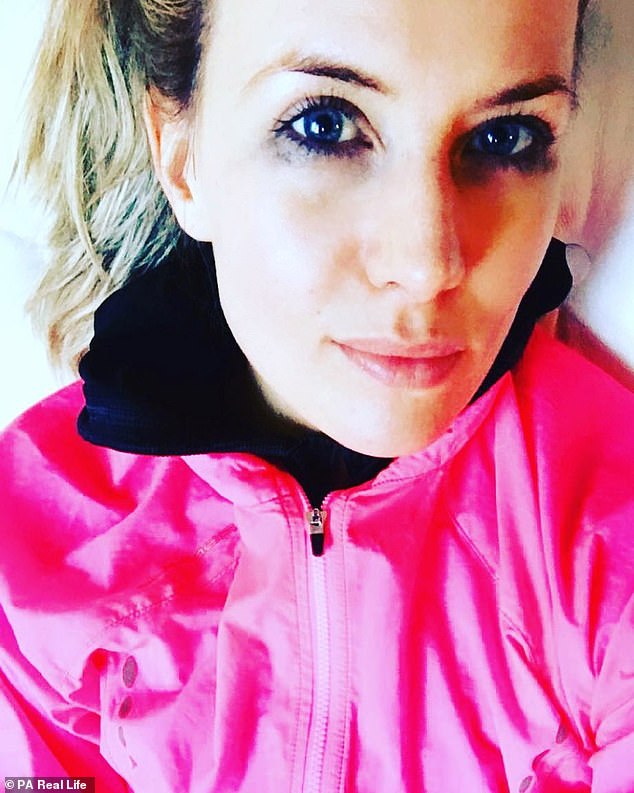 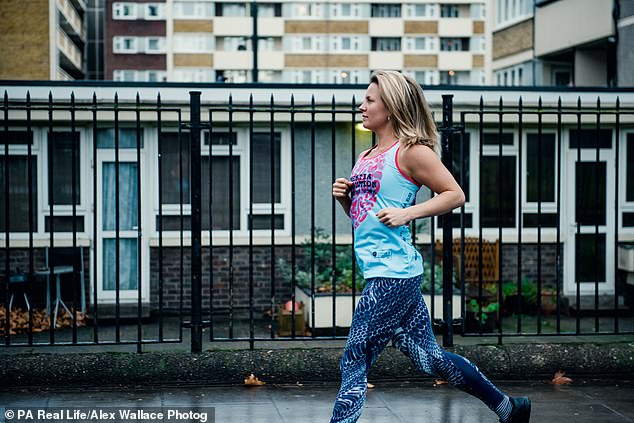 She was only 20 when she first noticed something was wrong with him and, although she believes he understood he was ill, he wouldn’t admit it.

‘Dad was a doctor,’ Ms Sides said. ‘So he knew exactly what was happening to him, but people try to hide it when they are ill.

‘He would call and not sound quite right, so I started to wonder what was going on.

‘Then, I came home for my 21st birthday and arranged to meet him, but he never showed up as he’d forgotten. That’s when I knew something serious was happening.’

From then, Dr Sides began having carers but he would become distressed at the thought of strangers being in his house. 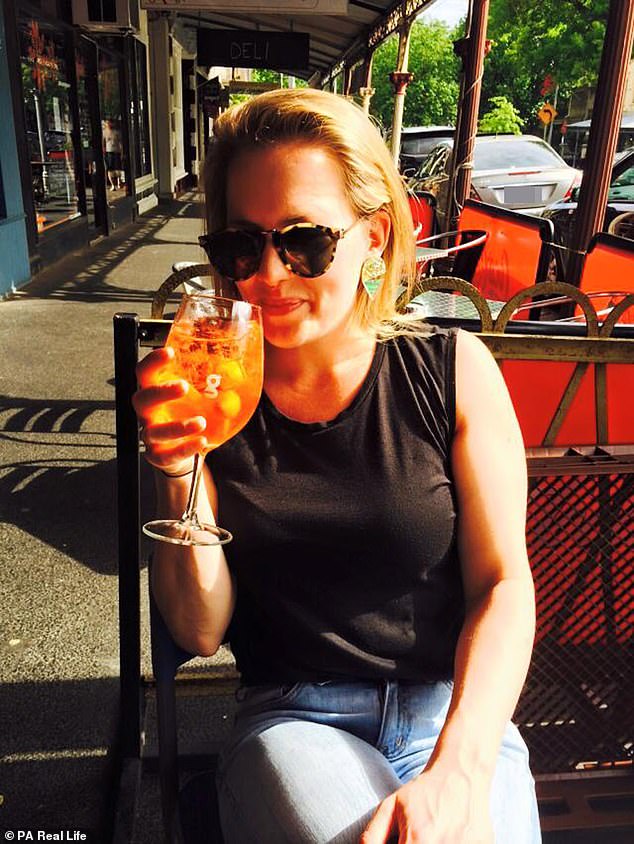 Ms Sides said she wants to be open and honest about her illness because, when her father was ill, people didn’t know what to say and she felt as though the issue was taboo

So, aged 21, she decided to leave university and look after him herself, as he was much calmer around her.

At first, she lived close by, popping in every day to make sure he was eating, and that the house was tidy, before heading off to her job as a waitress.

‘It got to the point where if he was left alone, he’d walk off and get lost,’ Ms Sides said.

‘I’d write my number on his hand, and on pieces of paper, which I put in all his pockets, but there were still a lot of times when I’d have to go and get him from the police station.’

As well as challenging moments, there were times when looking after her father was a pure joy, according to Ms Sides. 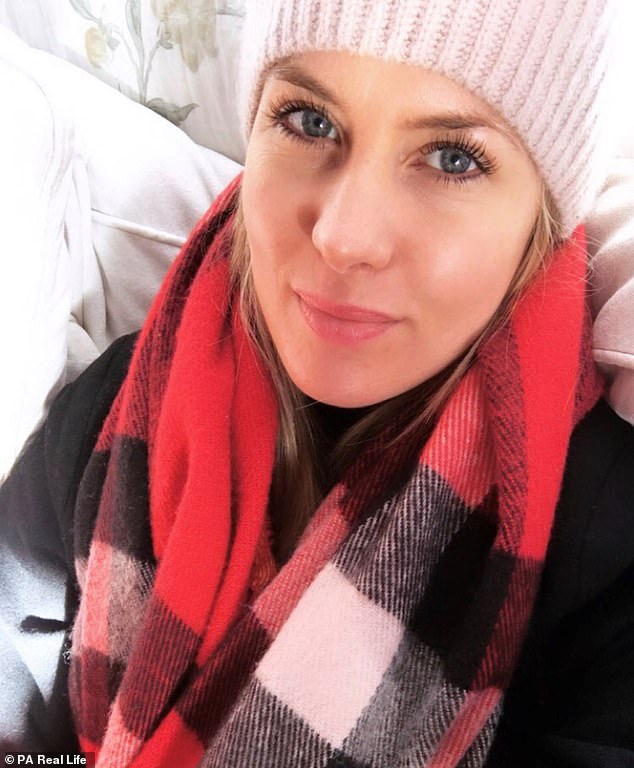 Ms Sides moved to Melbourne, Australia, for a while after both her parents died within two years of one another, but has since moved back to the UK 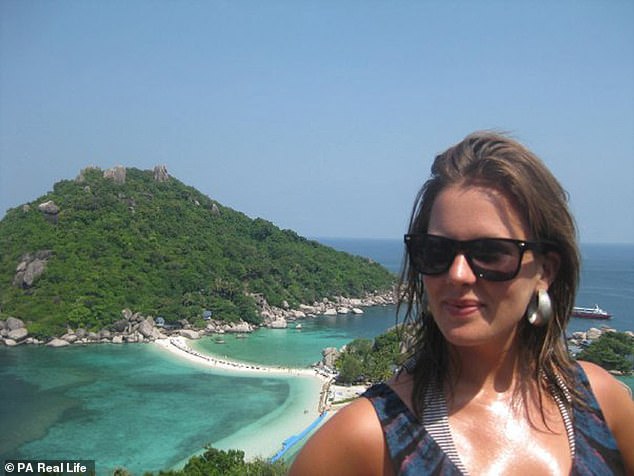 After going on a round-the-world trip when she lost both her parents, Ms Sides (pictured in Thailand) found out about her future illness from doctors in Australia

She continued: ‘He was the most wonderful, doting father, so it wasn’t a chore to look after him. I wanted to do it, and it’s still one of the best decisions I ever made.

‘I know it sounds very sad, but there were really beautiful moments.

‘We’d wake up, I’d ask what he wanted to do that day and, however ridiculous the adventure, off we’d go.’

Ms Sides tried for as long as she could to keep her father out of a care home but in 2004, aged 55, he became too unwell to stay at home.

For the next five years, he was moved around various care facilities – during which time Ms Sides’s mother died aged 55 – before dying when he was 60.

After the death of both her parents Ms Sides took herself on a round-the-world trip before deciding to move to Melbourne, Australia.

She remained there until, after finding out she was destined to develop Alzheimer’s disease in middle age, she returned to the UK in December 2017. 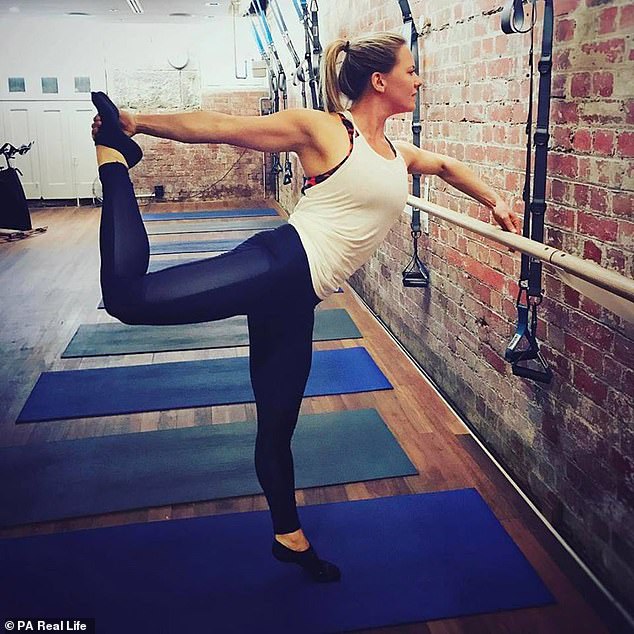 ‘I felt awful,’ she said. ‘I knew I wouldn’t have a family or a retirement to work towards. I didn’t have anything to focus on.’

She is now focused on running the London Marathon in April and is training and raising money for the Alzheimer’s Society and Alzheimer’s Research UK.

Ms Sides said: ‘I have decided to use my marathon run for Dementia Revolution as a platform.

‘I refuse to live in shame. I remember when Dad was ill, people wouldn’t know how to react and it all felt very hidden away, but I want to be honest and open.

‘It is difficult to know what to say to somebody like me, who has been diagnosed with something that hasn’t happened yet, but will.

‘Still, the last thing I want is for people to feel uncomfortable around me.

‘The more information we can get out there, the less of a taboo this will feel. That said, the support I’ve received so far after going public has been amazing – that’s what is carrying me.’

To donate to Laura, visit www.justgiving.com/fundraising/Laura-Sides and for information, visit www.dementiarevolution.org.