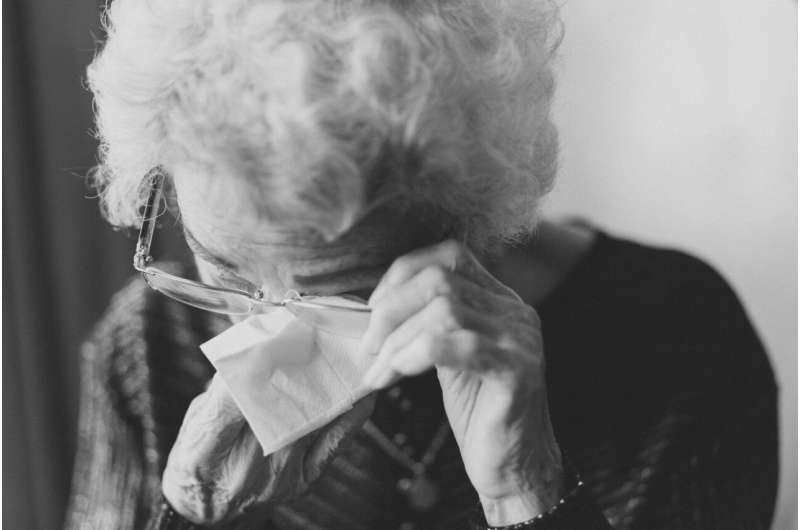 Epidemiological studies have shown that women are twice as likely as men to develop Alzheimer’s disease (AD), but the cause of this phenomenon has been unclear.

Now, however, a study led by Prof. Keqiang Ye from the Shenzhen Institute of Advanced Technology (SIAT) of the Chinese Academy of Sciences provides a clear answer to this mystery that has puzzled mankind for decades.

Their findings were published in Nature on March 2.

Integrating their previous studies, Prof. Ye’s team has established the theory that the C/EBPβ/AEP pathway is the core factor driving the pathogenesis of neurodegenerative diseases.

“Based on this theory, our team searched for female hormones that are dramatically changed during menopause and tested which hormone selectively activates the C/EBPβ/AEP pathway,” said Prof. Ye.

“During menopause, the serum concentration of FSH strongly increases, binding to the cognate FSH receptor on neurons and activating the C/EBPβ/AEP pathway. This results in Aβ and Tau pathologies, leading to the development of AD,” said Dr. Zaidi Mone, co-corresponding author of the study and a tenured professor at the Mount Sinai School of Medicine in New York.

The researchers employed different methods to demonstrate this finding. Using ovariectomized mice, they used anti-FSH antibody treatment to block FSH and inactivate the C/EBPβ/AEP pathway. They also deleted FSH receptor (FSHR) expression in neurons to abolish the binding of FSH to FSHR in the hippocampus. Both of these methods alleviated pathology and cognitive dysfunction. In addition, knockdown of C/EBPβ in the AD mice model decreased AD pathologies.

Besides working with female mice, the researchers also injected FSH into male mice and discovered that FSH promoted AD pathologies.

All these findings suggest that increased FSH after menopause binds to FSHR in neurons and activates the C/EBPβ/AEP pathway, which plays an important role in triggering AD pathology.

In the near future, the team will focus on dissecting the relationship between specific risk genes such as ApoE4 and FSH to explore why female ApoE4 carriers are more vulnerable to developing AD.

“Our findings demonstrate that the C/EBPβ/AEP signaling pathway acts as a core factor in these age-dependent diseases, which may help disclose how a variety of risk factors mediate neurodegenerative diseases via activating this pathway,” said Dr. Seong Su Kang from Emory University.