SNP should be focused on 'recovery' says Nadine Dorries

Writing in the Daily Express today, Nadine Dorries has issued a final plea for women to share their experiences of it in a Government consultation. Their testimonies will help shape the first Women’s Health Strategy to address inequalities. Ms Dorries said: “For generations, women have lived with a health and care system designed by men for men. That’s why we are developing the first ever government-led Women’s Health Strategy, marking a reset in the way in which the Government looks at women’s health.”

Although female life expectancy is higher than men in the UK, women on average spend less of their life in good health.

Female life expectancy has also been improving more slowly than that of men since the 1980s. Less is known about some health conditions that only affect women.

Patients have shared harrowing experiences of debilitating illnesses such as endometriosis, for which the average wait for a diagnosis is seven to eight years.

There is also evidence that the impact of female-specific health concerns such as heavy periods, pregnancy-related issues and menopause is often overlooked, including the effect they can have on women in the workplace.

The Government issued a plea for evidence in March to gain a better understanding of where improvements are needed. More than 80,000 women, organisations, medics and carers have responded so far. Dr Edward Morris, President of the Royal College of Obstetricians and Gynaecologists, said the long-awaited strategy would provide an opportunity to improve women’s health throughout their lives. 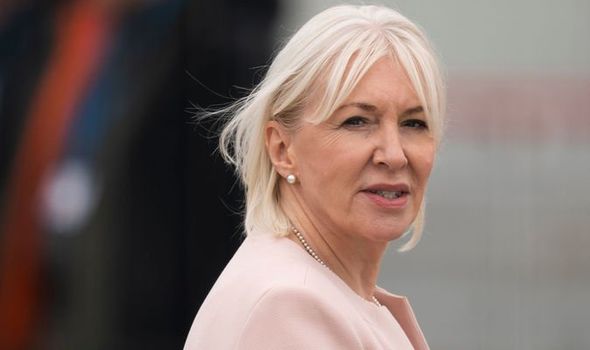 He said: “We would like to encourage those who haven’t completed the consultation yet to do so before it closes. You will be contributing towards creating a healthcare ­system that puts the needs of women first.”

Athena Lamnisos, CEO of the Eve Appeal, said no health concerns should ever be dismissed as “women’s problems”.

She said: “Women are in touch with health services throughout their lives because of a multitude of reasons from menstrual health, to cervical screen-ing and on to meno­pause.”

Emma Cox, CEO of Endometriosis UK, said: “It’s brilliant to see that so many people have responded to this important survey.”