Definitely don’t mean to sound like your mom here, but…did you get your flu shot last year? Follow-up question: Are you planning on getting one next year?

Just asking because, you know, the flu can be deadly. Up to 61,200 people died from it last season alone (between October 2018 and May 2019), according to the Centers for Disease Control and Prevention (CDC). Just as a baseline, the flu can cause 12,000 deaths per year during a mild season, and anything over 56,000 deaths per year is considered a more severe bout, per the CDC. Eek.

Hesitant to get jabbed by a needle? We get it: The flu shot is still, well, a shot, and that’s a turn off to some. It can be kind of a crapshoot, too. Case in point: During the 2017-2018 season, a ton of people went under the needle but got the flu anyway because of a “vaccine mismatch,” according to a commentary in the New England Journal of Medicine. In the 2017-2018 season, the flu shot was only about 36 percent effective (womp, womp).

This past year, though, things were *a bit* better.

The shot proved to be about 47 percent effective during the 2018-2019 season, according to the CDC. To put that into a broader context, the flu shot generally provides about a 65 percent protection rate against contracting the flu, according to Amesh Adalja, MD, a senior scholar at the Johns Hopkins Center for Health Security. 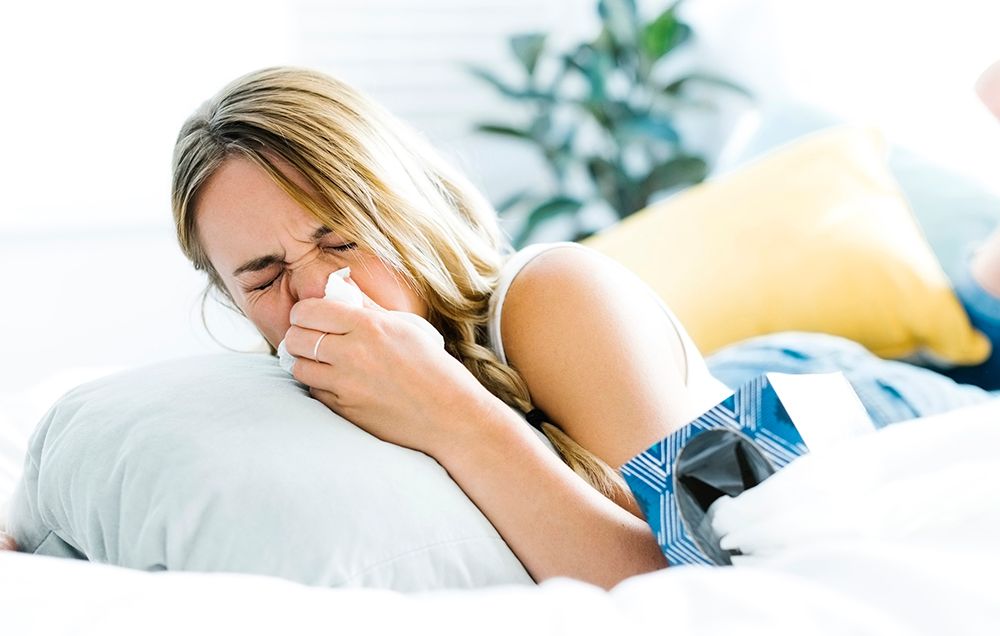 So while even *that* 47 percent figure might sound low to you, it does not mean you skip your yearly injection (which you should get by the end of October, suggests the CDC). Flu season typically starts in October, peaks in December, and can stick around until May, so you want to be covered for all of it.

Plus, there’s hope that next year’s shot will outdo its two most recent predecessors.

Since there are different flu viruses out there (and they’re constantly changing), the vaccine is reviewed and changed from year to year. The World Health Organization (WHO) has already selected what components should be a part of the 2019-2020 vaccine to best protect against next season’s soon-to-be circulating viruses, too. But again, there’s no way yet to accurately predict how bad this coming year’s flu will be as the virus is always changing.

FYI: The flu shot can’t actually give you the flu.

Another thing to note? Talk of the flu shot’s many side effects is greatly exaggerated. The flu shot can’t actually give you the flu, and while there are some possible side effects, Dr. Adalja says most are rare.

For the actual side effects to be aware of, read through this list. But then, roll up your sleeve anyway because flu season is coming (okay, after summer, but still). And guess what? The vaccine is still your best stay-healthy defense.

If you receive the flu shot as an intramuscular injection (a.k.a. in your arm, typically), you have a 10 to 64 percent chance of experiencing some muscle soreness in your upper arm, according to the CDC.

That’s because the needle is injected directly into the muscle, causing microscopic damage to the cells, and is designed to cause an inflammatory immune system response. You can take an OTC pain reliever while you wait for the soreness to fade, but if the pain is very noticeable or decreasing your mobility, Dr. Adalja recommends checking with your doctor.

2. Redness or swelling at the injection site

Anytime you pierce the skin and put something into the body it can cause a topical reaction, says Dr. Adalja. This is just a sign that your immune system is activating.

But this redness and swelling where you get your shot is a common side effect that only typically lasts a few days. It’ll go away on its own, but if it’s really bugging you, you can take ibuprofen (Advil) or acetominophen (Tylenol).

Any vaccine can cause body aches because of the way in which they activate the immune system, says Dr. Adalja. 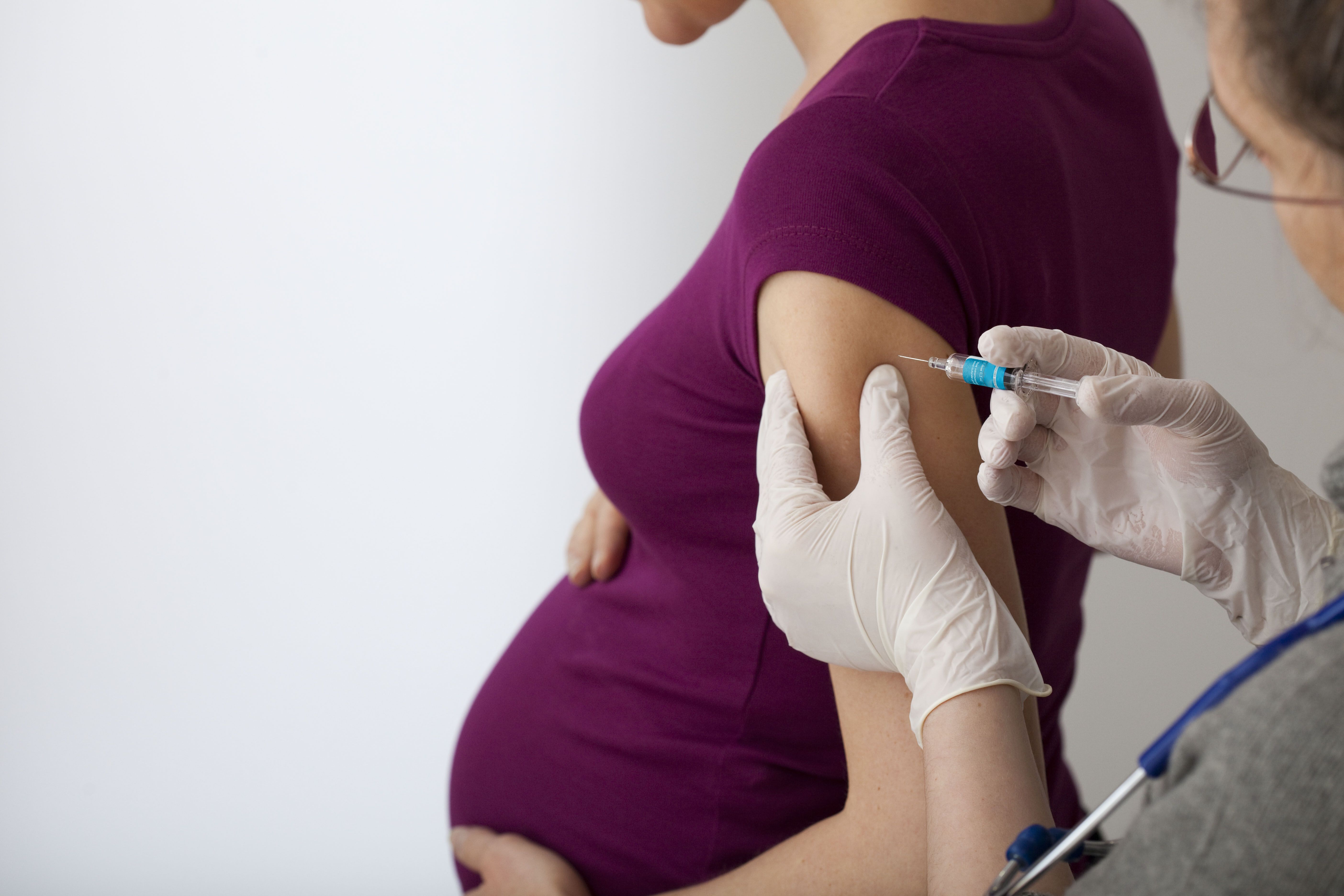 If you’re feeling sore in places other than your arm, it’s usually nothing to worry about, though Dr. Adalja notes that the flu shot does take two weeks to become fully effective—so your body aches could be a sign of the actual flu, since viral strains are probably circulating around the time you get the vaccine.

4. Itching at the injection site or a full-body rash

This would signal an allergic reaction, but “it’s very rare to have an allergic reaction to the flu shot,” Dr. Adalja notes. “There are lots of myths about egg allergies and the vaccine,” he explains—because most flu shots and nasal sprays are manufactured using technology that involves small amounts of egg proteins, per the CDC. 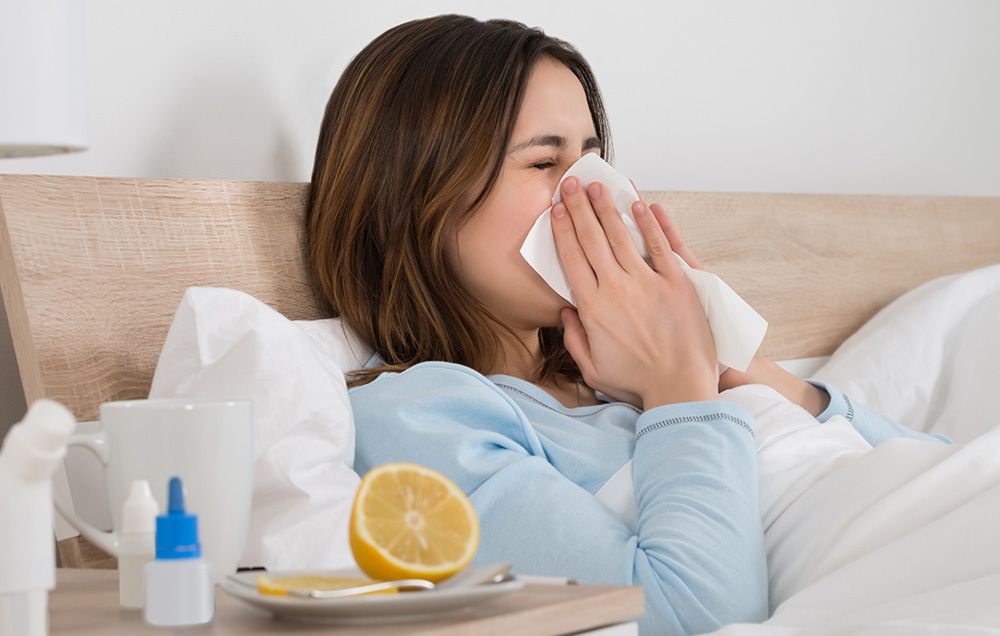 “If you can eat scrambled eggs, you’re not going to have a problem with the flu shot,” Dr. Adalja says. If you have a confirmed egg allergy, you can likely still get the shot, the CDC says.

The caveat: If you experience severe itching at injection site, a rash all over your body, or signs of anaphylactic shock, seek immediate medical attention. And if you’ve had an allergic reaction to the flu shot in the past, you are among those few groups of people who the CDC recommends skip the flu shot.

You probably won’t get a fever because of the vaccine, but if you do, it should be low-grade (i.e. less than 101 degrees). If it’s higher than that, don’t blame your flu shot—you probably have a totally unrelated illness. “Remember that you’re getting the vaccine at the height of respiratory virus season,” says Dr. Adalja. “So you may have been incubating another virus [without knowing it].”

And once again (for the people in the back!): The flu shot cannot give you the flu. While some flu vaccines contain virus strains, they’re not live strains, so they can’t get you sick. Meanwhile some flu shots don’t contain the virus at all (they only contain a specific protein from the influenza virus), per the CDC.

This is less a side effect of the vaccine itself and more a side effect of a needle phobia, says Dr. Adalja. If you think you might have a stress reaction or faint, give your health care provider a heads up so they can make sure you stay seated after the shot to prevent injury.

Guillain-Barre syndrome (GBS) is an auto-immune disorder that’s triggered by a wide variety of things, from vaccines to viral infections. 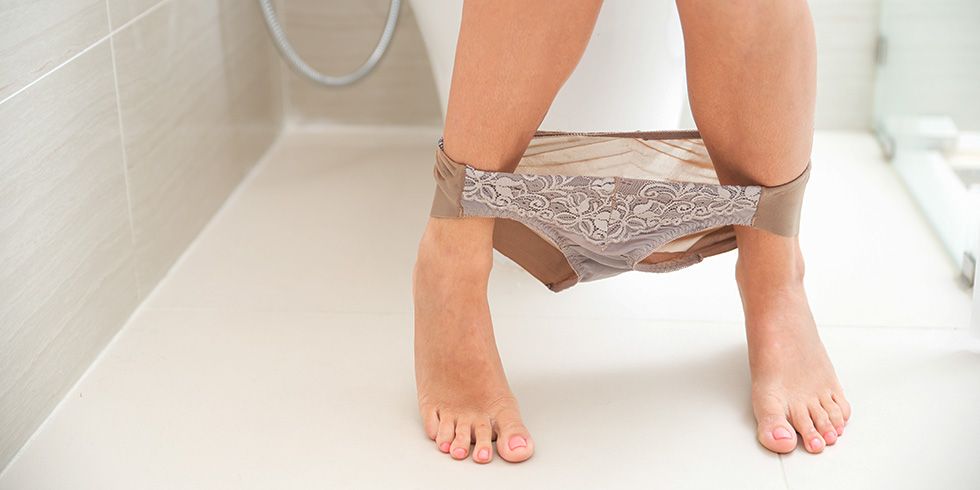 GBS causes damage to the nervous system, resulting in symptoms like muscle weakness, numbness, difficulty walking or an odd gait, and even paralysis, says Dr. Adalja. While 70 percent of people fully recover from the disorder, the recovery period can range from weeks to even years, according to the National Institute of Neurological Disorders and Stroke.

But he also says the connection between GBS and the flu vaccine has been overhyped: “People should remember that influenza itself is much more likely to cause GBS than the vaccine.”

And since no more than one or two cases per million people vaccinated will have this side effect, it’s better to take your (super small) chances with GBS than with one of the many common, severe complications that often come with the flu itself.