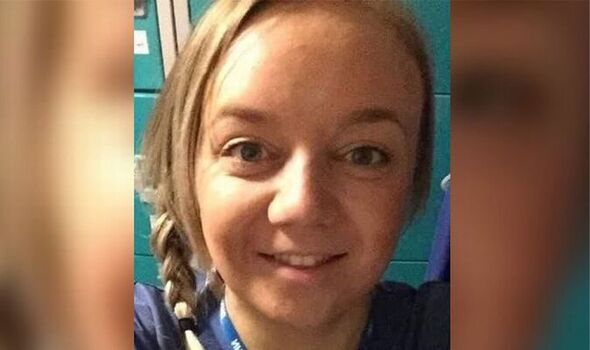 A young nurse has been left in an induced coma following open-heart surgery after catching the flu.

Kate Thomas, 33, fell ill with cold symptoms around two weeks ago. According to her mum, Alison Thomas, 56, she had a cold and a cough but her symptoms eased after a week, but they then, unfortunately, got worse again last week.

After being taken to Arrowe Park Hospital, Kate was swiftly moved to intensive care, reports the LiverpoolEcho. A heart scan revealed that the flu had attacked her heart, so Kate was put into a coma and transferred to heart specialists at Wythenshawe Hospital in Manchester.

The Liverpool nurse has been in a coma since Friday, December 2, and remains in a critical condition. She underwent emergency open-heart surgery on Saturday and doctors are waiting to see if she has responded to it.

Alison said: “About two weeks ago she had a cough and a cold, with the usual cold symptoms. Then it kind of got better after a week, but it then got worse. Last Tuesday (November 29), it got worse again, Kate felt really weak, she couldn’t stand up and she felt really dizzy.

“She left it until Thursday and rang us to say she didn’t feel well. Her sister went to her and they rang 111.

“She then got told that she would get a call from the GP, who said it sounded like influenza and told her to rest, drink plenty of fluids and stay at home. They told her not to go to work and that they would sign her off for a couple of weeks.”

Kate told her parents, who live in Somerset, what she had been told, which reassured them. However, she rang again on Friday and said she was not feeling well at all.

Kate, who works as a theatre nurse at the children’s hospital, said she was short of breath and had chest pains, so decided to ring 999. Her sister went to her as she waited for an ambulance, which took her to Arrowe Park Hospital.

Alison said: “Within an hour of her being there they took her to intensive care. She went for a heart scan and we were waiting on those results to come back.

“Her sisters said they’d see her tomorrow – her oxygen levels seemed to be a lot better, so they left thinking that she was ok. About 10pm on Friday, Arrowe Park rang and said they needed to put Kate in a coma and move her to the heart centre in Wythenshawe, because the influenza had attacked her heart and she had heart failure.

“Her dad and I live in Somerset, so we planned to drive up on Saturday morning. But the surgeon from Wythenshawe rang and said Kate needed to go for emergency open-heart surgery and she needed to go now. They took her in for a process called a (VA) ECMO, which essentially replaces the heart’s functions so her heart can rest.”

Alison added: “They’re hoping to reduce the process slowly to make sure her body reacts ok to it. They were waiting for the heart transplant team to go and see Kate. It depends, when they take the ECMO machine away and see if the heart responds to it being taken away or not. If it doesn’t there is a chance of a heart transplant. It’s the machine keeping her alive at the moment.”

Kate remains in a coma. Her parents were told Kate’s heart failure was caused by the flu that went to her heart. They are, however, waiting for the results of a biopsy to see if she has been affected by any other conditions.

Alison praised the work of the healthcare staff who have cared for Kate, describing them as “brilliant” but she also said that what has happened to Kate could happen to anyone. She said: “The Wythenshawe hospital have got us a bungalow to stay in on-site so we can be with Kate. They’ve been so good, the nurses, doctors and surgeons have been amazing.”

“But it does tell people that this could happen to anyone, Kate is a theatre nurse at Alder Hey, she works so hard and this happened to her. It doesn’t happen to her. She’s a fit and healthy 33-year-old, you wouldn’t think something like this would happen to her. She loves her job, she’s there all the time, she takes all the overtime possible. Her bosses rang to say that everyone is in shock, everyone can’t believe it.

“She was always working, she loved her job. It’s a shock to everyone, it’s taken everyone by surprise – for this to happen from having the flu.”