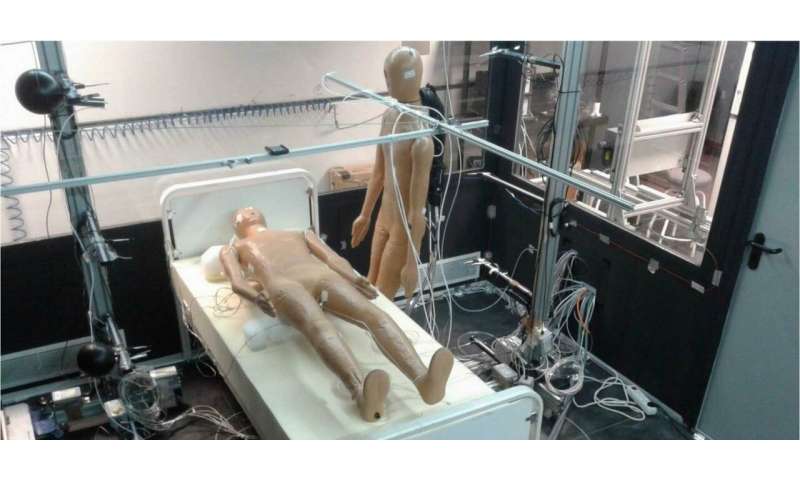 Being admitted to the hospital for a specific illness or infection and coming down with another during one’s hospital stay is not common, due to the effectiveness of prevention systems, but it is also not an isolated incident. According to the European Centre for Disease Prevention and Control (ECDC), 6 percent of hospital patients get an infection while staying at the hospital, which generates a financial impact of 7 trillion euros in Europe as a whole.

Nosocomial infections, the name for infections that are caught at the hospital and hence were not the reason the patient was admitted, are a real health challenge. Recently, a research group in the area of Machines and Thermal Engines at the University of Cordoba tested the effectiveness of a displacement ventilation system that reduces those infections that are airborne, such as, for instance, measles, tuberculosis and klebsiella, pathogens that can cause serious complications for immunosuppressed patients or patients with low immunity.

More than 90 percent of hospital facilities and other buildings use what are called mixing ventilation systems, as Professor Manuel Ruiz de Adana, one of the main authors of the study, explains. These systems push new air into the upper part of the room, which is not where the patient is located. Later, this new air is mixed with the air in the room and pollutants decrease.

To look into this problem, the research group studied the risk of infection in a different kind of ventilation system, -known as displacement ventilation- in which air is pushed at low speeds into the area where the patient is located. The air in the room, exposed to pollutants, is literally “displaced” and rises to the upper part of the room once it warms up in the room. Instead of lessening the amount of pollutants, this system pushes them from one side of the room to the other until they go out through the room’s vents. In this way, there is clean airflow, working like a piston, in the area where patients and health care workers are located.

“We cannot control people’s prevention habits, but we can control the air they breathe,” says Professor Ruiz de Adana. In order to do so, the group analyzed this ventilation method’s potential to control airborne infections by using thermal mannequins outfitted with breathing systems. They carried out several experimental trials injecting a pollutant that simulated a pathogen in the mannequin’s lungs as well as at a number of locations around the room.

After evaluating and measuring different parameters, the study, carried out in the framework of the TRACER research and development project, concluded that displacement ventilation systems can reduce the risk of exposure to airborne pathogens compared to other traditional systems. This is a ventilation mechanism, says researcher Ruiz de Adana, that comes from the Nordic countries, countries where because of climate conditions, people spend a great amount of time indoors. However, “It is not normally used in hospitals and a study on this scale and for this specific use had not been performed before.”