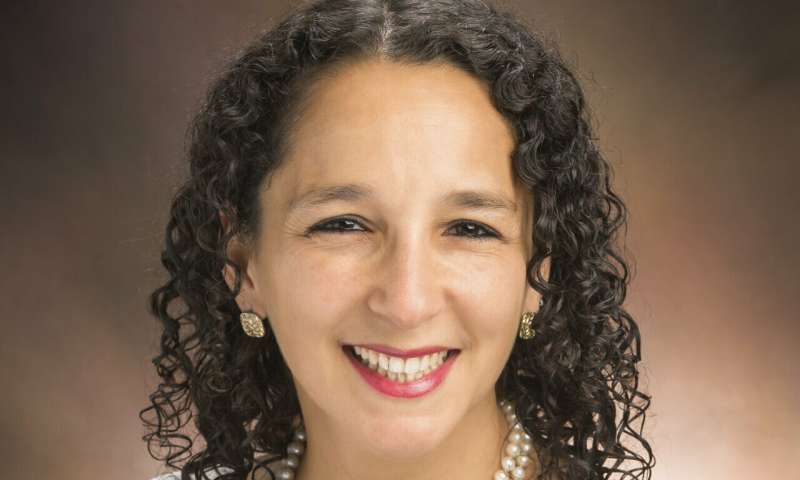 Physician-scientists in the Cancer Center at Children’s Hospital of Philadelphia (CHOP) have developed a preclinical, potent therapy attached to an antibody that targets a surface protein expressed in most childhood neuroblastomas, effectively killing cancer cells.

The researchers published their findings today in Science Translational Medicine.

“If there is an ultimate ‘bad guy’ of neuroblastoma cell surface proteins—present on most tumors, but not on healthy tissues, and also vulnerable to immunotherapeutic targeting—this just may be it,” said study leader Yael Mossé, MD, a pediatric oncologist and researcher at Children’s Hospital of Philadelphia (CHOP). “In 2008, we discovered mutations in the anaplastic lymphoma kinase (ALK) gene as the major cause of the inherited form of neuroblastoma and showed that these same mutations are present in about 14 percent of neuroblastoma tumors from patients with the most aggressive form of this disease. This established ALK as a druggable target in neuroblastoma and provided the rationale for the clinical development of ALK inhibition therapy. We now show that native ALK (in the absence of a mutation) is present on most neuroblastoma tumors, providing us with an exciting opportunity to target ALK in the majority of patients.”

Neuroblastoma, a pediatric cancer of the developing peripheral nervous system that usually occurs as a solid tumor in a child’s chest or abdomen, is the most common cancer in infants, and accounts for more than 10 percent of all childhood cancer deaths. Children with the high-risk form of the disease continue to have a poor prognosis, despite intensive drug therapy.

Mossé, along with other scientists in her lab, demonstrated that the ALK protein appears on the surface of most neuroblastoma cells and is not detectable on normal cells, indicating that ALK is a useful target for immunotherapy. Researchers worked with pharmaceutical colleagues to weaponize an antibody-drug conjugate (ADC), one of a rapidly growing class of anticancer agents. That ADC, called CDX-0125-TEI, combines a specific monoclonal antibody engineered to recognize ALK with a potent chemotherapy drug—an alkylating agent called thienoindole (TEI).

In cell cultures and animal models of neuroblastoma, the ADC-ALK approach killed neuroblastoma cells, with no discernible toxicity to healthy cells. “The goal of this approach is to harness the presence of ALK to precisely deliver a poison only to the cancer cell, without harming the healthy surrounding cells,” said Mossé.

“This study is proof of concept that the ALK protein is a good immunotherapy target and, as we optimize this approach for the clinic, has the potential to be useful for the majority of aggressive neuroblastomas and to minimize the harsh consequences of therapy,” said Mossé.