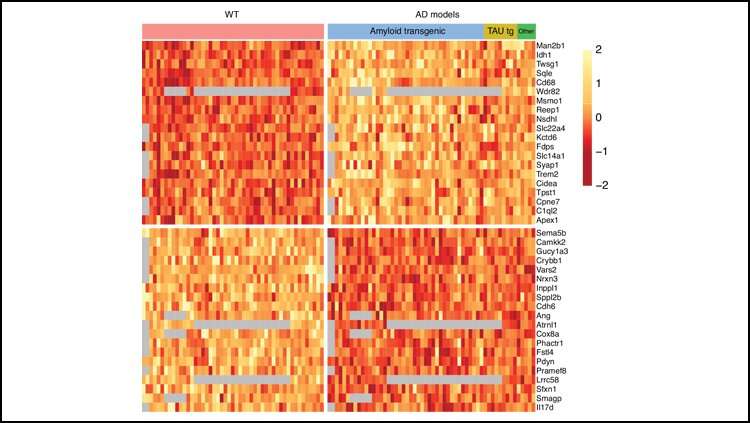 A comparison of mouse Alzheimer’s disease models shows changes in the number of cells and the genes they express remain consistent throughout all stages of the disease. The new research published in eNeuro could reveal new targets for disease intervention and therapies.

Many studies have investigated how cells and genes change during Alzheimer’s disease, but they haven’t employed the same mouse models and statistical methods, making comparison and broader conclusions difficult. Zhuang et al. reanalyzed data from 10 previous studies in four types of mouse models of Alzheimer’s disease. The research team sorted the samples into early and late Alzheimer’s pathology and examined how cell types and gene expression changed.