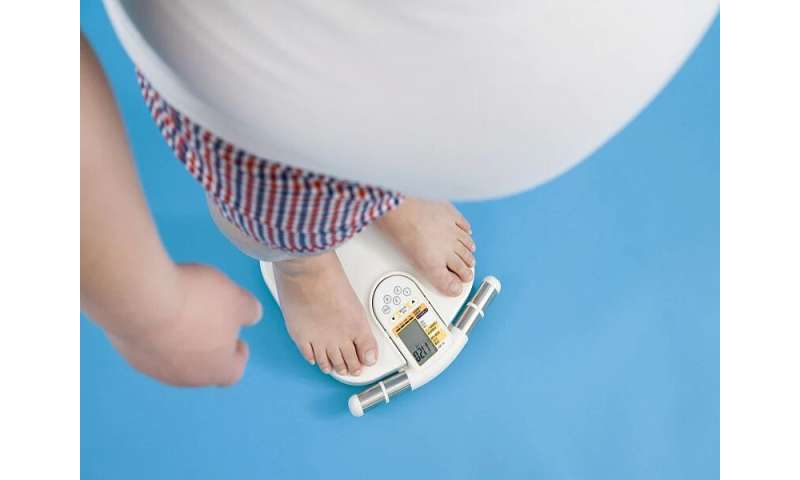 It’s not often that anything good is associated with obesity. Yet heavy folks and those who bulk up as they age may have less risk for the deadly disease amyotrophic lateral sclerosis (ALS), a new study finds.

The Norwegian study found that over several decades, people who packed on the most weight had a 37% lower risk of ALS compared to those who maintained their figure or got thinner.

ALS—also called Lou Gehrig’s disease—is a rare neurodegenerative disease that kills nerve cells in the brain and spinal cord. You lose control of your muscles, which can lead to paralysis and death two to five years after diagnosis, researchers said.

“This study provides a basis for future research to focus on possibilities to prevent or treat ALS on factors linked to body size and energy expenditure,” said lead researcher Dr. Ola Nakken.

Nakken, of the University of Oslo in Norway, cautioned that these findings can’t prove that being overweight prevents ALS, as only an association was observed. Nor should you think the findings give you license to fatten up. They don’t, he said.

Although the reasons why weight might be protective aren’t known, Nakken thinks that increased bulk may add to a person’s energy reserve.

“It has become increasingly clear that motor neurons, which are the main cells involved in ALS, are remarkably vulnerable to energy depletion,” Nakken said.

It’s also possible that genetic factors that lower the risk for ALS may also play a part in weight gain, without one causing the other. In addition, environmental factors may be associated with both weight and the risk of ALS, the researchers said.

“Physical activity and smoking are examples of such factors. However, adjusting for this in our study did not change the results,” Nakken said.

According to the ALS Association, about 5,000 Americans are diagnosed with ALS each year. The disease usually strikes people between the ages of 40 and 70, but can occur earlier.

Family history of ALS plays no role in 90% of the cases. The other 10% are caused by an inherited gene mutation.

For the study, Nakken and his team collected data on nearly 1.5 million Norwegians ages 20 to 70 between 1963 and 1975. They tracked cases of ALS until 2017. Nearly 3,000 developed the disease in that time period, with most followed an average of 33 years.

Those who started out at a normal weight but gained pounds over time had a 17% lower risk for ALS for each 5-point increase in body mass index (BMI), the study found. BMI is a measurement of body fat based on height and weight.

Over the length of the study, those who were obese when it began had 34% lower odds of developing ALS, compared with those with low to normal BMI. Overweight people had an 18% lower risk, the researchers reported.

The study results were published online June 26 in the journal Neurology.

However, some cautions are in order, one neurologist suggested.

The understanding of how ALS and other neurodegenerative diseases develop doesn’t include weight as either a cause or a preventative, said Dr. Carmel Armon, from the department of neurology at Tel Aviv University Sackler School of Medicine in Israel.

“We also cannot speculate that elevated BMI directly increases the resistance of the motor neurons to the development of ALS,” he said.

Armon is co-author of an accompanying journal editorial. He warned against gaining weight in the hope of preventing ALS.