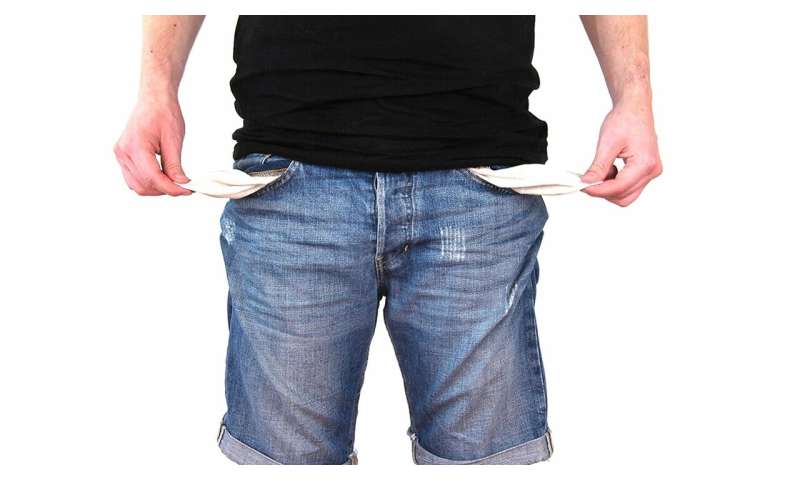 While many of the poor are burdened with debt, helping them financially is controversial, because their debts are often believed to result from bad habits. A new study by the Social Service Research Centre (SSR) at the National University of Singapore (NUS) demonstrates that reducing the number of debt accounts lowers the mental burden of the poor, thereby improving psychological and cognitive performance. This enables better decision-making. Hence, poverty interventions should be structured to improve psychological and cognitive functioning in addition to addressing the financial needs of the poor.

The study was jointly authored by researchers from NUS and Singapore University of Social Sciences (SUSS). A field study was conducted between January 2015 and August 2017 by Dr. Ong Qiyan and Associate Professor Irene Ng from the NUS Faculty of Arts and Social Sciences, together with Associate Professor Walter Theseira from SUSS School of Business. The research findings were published in the prestigious journal Proceedings of the National Academy of Sciences (PNAS).

Dr. Ong explained, “One challenge with poverty alleviation policies is the bedrock belief that the poor are indebted because of personal failings. Under this view, those who are trapped in poverty are believed to be lacking in desirable qualities such as motivation and talent that most of the Singapore population possess and value. However, our study shows that because debt impairs psychological functioning and decision-making, it would be extremely challenging for even the motivated and talented to escape poverty. Instead, the poor must either have exceptional qualities or be exceptionally lucky to get out of poverty. It is hard to be poor, harder than we thought.”

The study involved 196 chronically indebted low-income individuals who benefitted from the Getting Out of Debt (GOOD) programme managed by Singapore-based charity Methodist Welfare Services. This is a one-off debt relief programme for households with monthly per capita income of less than S$1,500 and had outstanding chronic debts owed for at least six months. Such debts included mortgage or rental, utilities, town council taxes, telco bills, and hire purchase debts. Before debt relief, the average monthly household income per capita of the participants was S$364.

The research team designed a comprehensive household financial survey that measures anxiety and cognitive functioning as well as financial decision-making of the participants. The survey was conducted before the participants received the debt relief and three months after debt relief.

The study, which is the first of its kind, found that the participants had experienced less anxiety and improved cognitive functioning, and they could make better financial decisions three months after receiving debt relief. Between two participants receiving the same amount of debt relief, the participant with more debt accounts eliminated showed more psychological and cognitive improvements.

These findings confirm that being chronically in debt impairs psychological functioning and decision-making. The findings also imply that people view each debt as a separate “mental account” and being “in the red” in many debt accounts is psychologically painful. Thus, thinking about these accounts consumes mental resources, increases anxiety and worsens cognitive performance. This psychological impact may prevent the poor from making the right decisions to get out of poverty, further contributing to the poverty trap.

Assoc Prof Theseira said that there are differences in how the poor and the non-poor manage their debts and that the poor needs more assistance. “Although our study is based on the poor, many non-poor Singaporeans also have debts. Why are some people able to handle debts easily, while others find them stressful and taxing? One difference is that the non-poor have the financial resources to manage their debts conveniently and at low cost. We think nothing of consolidating our bills on a credit card and paying it automatically. We know that we have enough savings to be able to afford an unexpected expense or occasional splurge. So we have a lot of resilience to life’s ups and downs that the poor simply do not. Hence, we should not assume that just because we find it easy to manage debt, we could do the same if we were poor. Our debt mental accounting costs are simply lower than the poor.”

Assoc Prof Ng said, “The findings in this study opens a pragmatic case for designing good debt relief programmes for low-income households. Firstly, they help. In fact, not helping low-income households with debt is counter-productive because not doing so leaves them in suboptimal functioning and high anxiety. Secondly, the design of the intervention is key. As it is the pile up of debt accounts (more than the amount of debt) that affects functioning, interventions should focus on decreasing the mental load on low-income households, whose minds are already highly stressed.”

The researchers suggest that policy interventions that streamline debts would significantly improve cognitive and psychological functioning, and reduce counterproductive behaviour. For instance, restructuring or consolidating debt could be a more sustainable policy as it is less costly and more effective than simply clearing debt. More generally, poverty alleviation interventions should target and reduce the factors that contribute to the mental burdens of the poor.