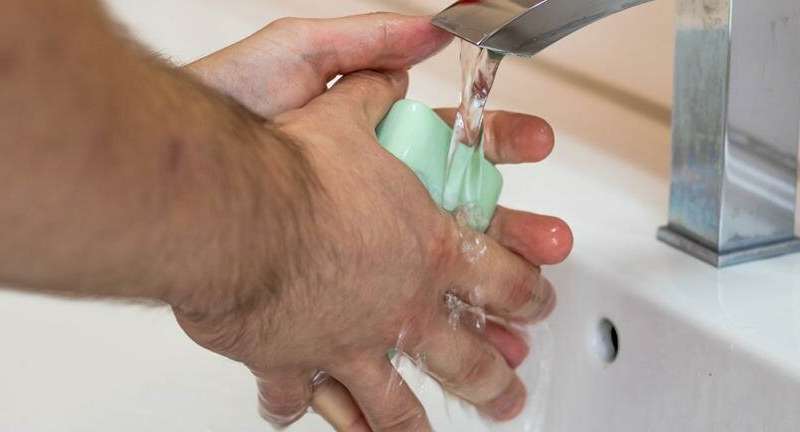 The debilitating behaviours and all-consuming thoughts, which affect people with severe obsessive compulsive disorder (OCD), could be significantly improved with targeted deep brain stimulation, according to new research published today.

OCD is characterised by unwanted intrusive thoughts and repetitive rituals and causes pronounced impairment in everyday life. In very severe cases, OCD patients are unable to leave their house or flat due to fears of contamination. This repetitive and compulsive behavior is associated with cognitive rigidity or an impairment in cognitive flexibility – an inability to adapt to new situations or new rules.

One treatment for this type of OCD is a form of cognitive behavior therapy called “exposure and response prevention”, which involves instructing OCD patients to touch contaminated surfaces, such as a toilet, but to refrain from then washing their hands. OCD is also treated with medicines known as selective serotonin reuptake inhibitors, or SSRIs, such as Prozac. But as many as 40% of OCD patients fail to respond to treatment.

Deep brain stimulation (DBS) is an emerging treatment for severe OCD when all other treatments fail. In a study by researchers at University College London and the University of Cambridge, together with several other UK-based centres, six patients with treatment-resistant OCD entered a controlled double-blind trial of DBS.

The study directly compared effects at two different brain locations – the subthalamic nucleus (STN) and ventral capsule (VC) – in the same patients. The two sites had both previously been identified as being important in OCD, but it had been unclear whether they were simply parts of the same brain network and if they worked on the same type of symptoms.

Lead author Professor Eileen Joyce from the UCL Queen Square Institute of Neurology says: “This is the first study to compare directly the effects of deep brain stimulation at two brain sites and has discovered important information about how the brain changes in severe OCD responsible for obsessions and compulsions, depressed mood and cognitive inflexibility might be alleviated.”

The researchers assessed OCD symptoms and mood using standardised scales. Cognitive flexibility was assessed with the CANTAB IED test, invented by Professors Barbara Sahakian and Trevor Robbins from the University of Cambridge. This test has been used previously by the Cambridge team to show that cognitive flexibility is a major deficit in patients with OCD and is related to the the lateral prefrontal cortex. The new research shows that OCD is also linked to medial prefrontal cortex abnormality.

“To our knowledge this is the first study with two sites which demonstrates that one site improves mood, while the other site improves cognitive flexibility, and that both sites reduce OCD symptoms,” says Professor Robbins.

“While DBS is only used when medication and specific psychological treatments have been tried and failed, for some patients it may provide them with the opportunity to regain well-being and quality of life,” adds Professor Sahakian.

One of the trial participants was first diagnosed at the age of 26 years with OCD but had symptoms since the age of seven. Prior to the trial, the participant had been ‘profoundly debilitated’ by OCD for 10 years and had been living continuously in psychiatric units for 6 years, receiving treatment from numerous specialist OCD services and specialists.

Following surgery, the patient said: “I didn’t feel anything for a few days but then… I felt inexplicably excited and happy with the great sense of looking forward to life. I recognised the feeling from 20 years before when I had been completely well.