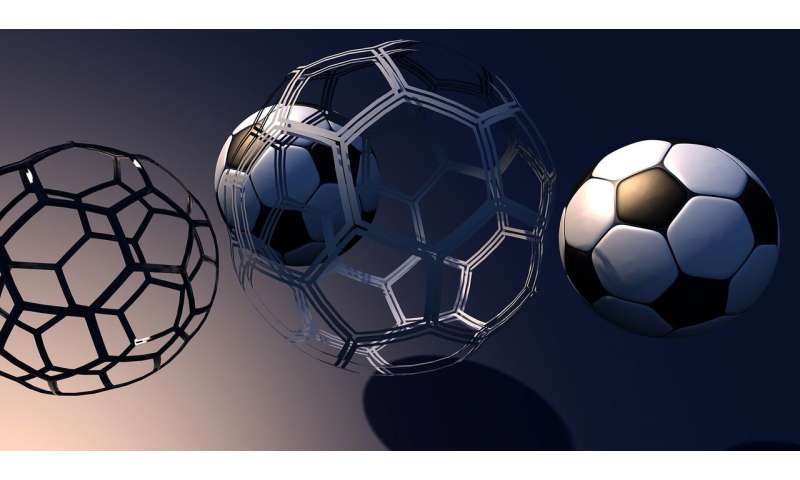 A team of scientists from Skoltech Center for Energy Science and Technology, the Institute for Problems of Chemical Physics of Russian Academy of Sciences and National Taiwan University has discovered that fullerene compounds can effectively kill non-small-cell lung carcinoma cells and found the mechanisms behind their anti-tumor activity.

Lung cancer is one of the most frequently experienced and severe forms of cancer. Every year more than a million of new cases are reported all over the world and 60 percent of them are fatal.

About 85 percent of all the lung cancer cases are non-small-cell lung carcinoma cases. This tumor type is difficult to treat because of the aggressive metastatic disease (spreading into other organs and tissues), frequent relapses (recurrence of the disease) and resistance to the standard anti-tumor drugs.

The existing chemotherapeutic drugs, cytostatic agents, suppress cancer cells development causing them to die, but at the same time, they are highly toxic for healthy cells which can lead to serious side effects.

A fullerene is a special form of carbon with molecules consisting of 60 carbon atoms, which look like a soccer ball. To make fullerenes soluble in water and biological media, polar functional groups are chemically attached to their surfaces.

A group of scientists from Skoltech headed by Professor P. A. Troshin in collaboration with a team from the National Taiwan University have found out that some of the fullerene compounds are toxic for non-small cell lung carcinoma cells and cause their death. At the same time, they are practically non-toxic for healthy cells which was shown both in cell models and in animal studies. “The mechanisms leading to cancer cells death under the influence of fullerene derivatives have been unknown until recently. Our Taiwanese colleagues, while studying our compounds, succeeded in discovering that at least two mechanisms are involved: apoptosis and autophagy. It is interesting to know that it is the nature of the polar groups attached to the fullerene molecule that launches one or other mechanism in each particular case,” says Olga Kraevaya, Skoltech PG student, co-author.

Dementia symptoms: The sign when you eat that could signal the condition

2020-07-04
We and our partners use cookies on this site to improve our service, perform analytics, personalize advertising, measure advertising performance, and remember website preferences.Ok