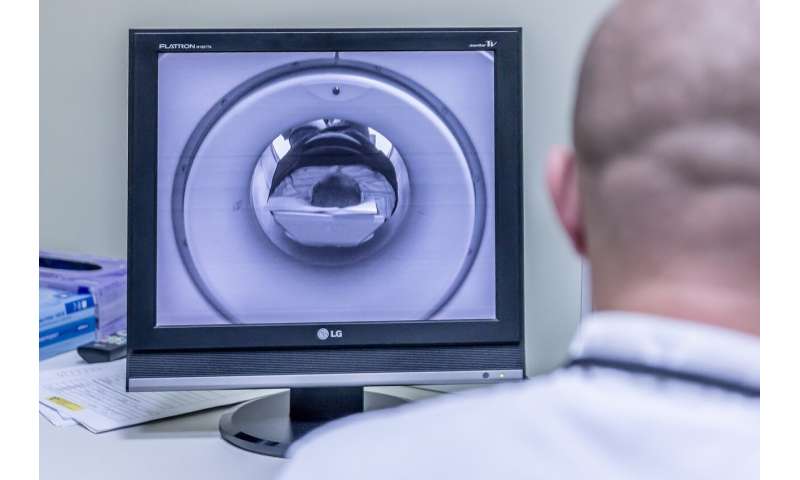 It has become increasingly apparent that the low reproducibility of results is a ubiquitous problem across many scientific fields such as biomedical science and psychology. This problem is particularly serious in biomedical studies using functional magnetic resonance imaging (fMRI) data. An increasing number of studies have reported success in constructing machine-learning algorithms (artificial intelligence) that use fMRI data to classify subjects as either healthy or suffering from a psychiatric disorder. However, it has been suggested that if these classifiers were constructed from a small number of samples (e.g., tens of participants) from a single site, it might not be possible to generalize their application to the data acquired from other imaging sites. A solution to this low generalization capability is to collect big data across many sites, but the considerable site-related differences in fMRI data is a formidable obstacle to the feasibility of this solution.

The current study, published in the journal PLOS Biology, revealed important mechanisms underlying the site-related differences in fMRI data and developed an effective harmonization method (i.e., reduction of site-related differences) for resting-state fMRI (rs-fMRI) data, thus reducing such differences by 30 percent. Furthermore, this research group publicly released a neuroimaging database, parts of which were used in the current study. This database is internationally unique in being a multi-site neuroimaging database of thousands of people suffering from multiple psychiatric disorders. Their study and dataset provide an innovative path toward accelerating our understanding of the neural mechanisms behind psychiatric disorders as well as the development of neuroimaging biomarkers of various disorders.

Moreover, the research group demonstrated that site-related differences involve biological sampling bias (differences in participant groups) and engineering measurement bias (differences in the properties of MRI scanners). Researchers found that the effects of both bias types on rs-fMRI functional connectivity were greater than or equal to those of psychiatric disorders. They specified the properties of MRI scanners that significantly affected the rs-fMRI connectivity. Furthermore, they revealed that each site can sample only from a sub-population of the participants, which suggests the importance of collecting multi-site data. To overcome the limitations associated with the site differences, they developed a novel harmonization method that removed only the measurement bias by using the traveling-subject dataset, and in this way they reduced measurement bias by 29 percent and improved the signal-to-noise ratios by 40 percent.