(HealthDay)—The vaccine against human papillomavirus (HPV) is highly effective in young women—and may even offer some protection to those who don’t get it, a new study suggests.

Researchers said the findings add to evidence that the vaccine—which ultimately cuts the risk of several cancers—is a boon to public health.

HPV is a sexually transmitted infection that can cause genital warts. In some people, HPV infection becomes persistent, and that can eventually leads to cervical cancer, or tumors of the vagina, penis, anus and throat.

HPV vaccines have been around for more than a decade, and experts now recommend that all girls and boys be immunized starting at age 11 or 12. It’s also advised for young adults who did not get it when they were kids.

For the new study, Dr. Jessica Kahn and her colleagues at the University of Cincinnati followed nearly 1,600 teenage girls and young women who were patients at their center’s clinics.

The researchers tracked changes in the rates of four types of cancer-linked HPV that the vaccine targets.

They found that between 2006 and 2017, the rate of HPV vaccination in the study group shot up from zero to more than 84 percent.

Among vaccinated women, the prevalence of HPV dropped by 81 percent: from 35 percent to 6.7 percent.

Clinical trials have already proven the HPV vaccine works. But it’s important to have studies like this that chart its benefits in the “real world,” experts said.

“This shows that the vaccine is living up to its promise,” said Dr. Amanda Dempsey, an associate professor of pediatrics at the University of Colorado. She wrote an editorial published with the study in the Jan. 22 issue of Pediatrics.

Dempsey pointed out that all of the patients in the study were considered high-risk for HPV infection: Most had had multiple sex partners in their lives, for example, and more than half had a history of other sexually transmitted infections.

“The overarching message is, this vaccine works great in the ‘real world,'” Dempsey said. “And that’s true even if you’re already sexually active and have had sexually transmitted infections.”

“It’s nice to see studies like this backing up what’s been shown in clinical trials,” said Park, who is also an associate professor of family and community medicine at the University of California, San Francisco.

In other findings, the study showed that the prevalence of the four HPV types also dipped among patients who remained unvaccinated: At the outset, about one-third tested positive for those viral strains, and that figure dropped to 19.4 percent over time.

According to Kahn’s team, it points to what’s called “herd protection”—where everyone benefits from having a large portion of the population vaccinated against a particular disease.

The finding is not surprising, Park pointed out: As the prevalence of an infection goes down, the overall risk of contracting it goes down.

However, she stressed, parents and young adults should not take that to mean it’s safe to go unvaccinated.

“Don’t rely on herd immunity,” Park said. “The best way to ensure protection is to get vaccinated.”

Dempsey made the same point: Herd protection only exists when a large portion of the population is vaccinated. And, she said, the more people who are vaccinated, the closer the population can get toward eradicating cancer-linked HPV types.

Nearly all of the patients in this study received the original HPV vaccine (Gardasil), which protected against four virus types. The current vaccine in the United States (Gardasil 9) protects against an additional five types, Park pointed out.

More research is needed to track the impact of that vaccine, Kahn’s team said. 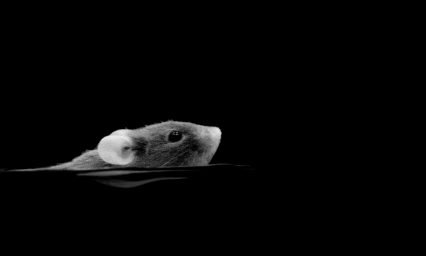