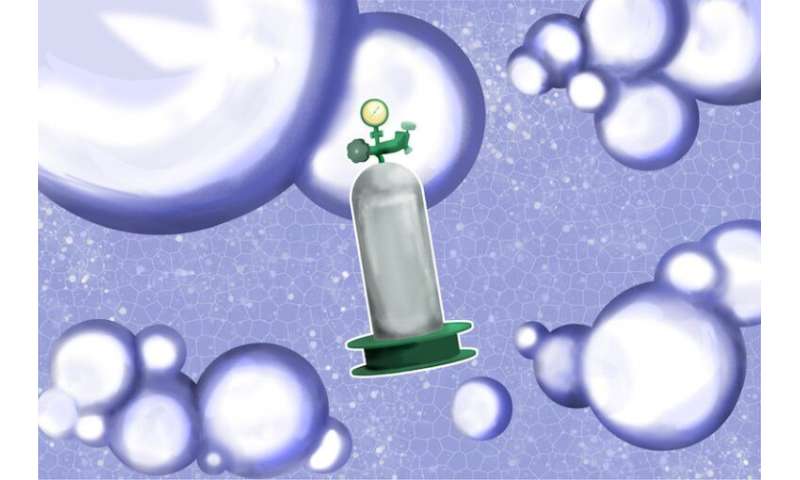 Newborns with life-threatening congenital heart disease often need open-heart surgery with cardiopulmonary bypass, which carries a risk of damaging the brain. Critically ill newborns who are placed on ECMO are at even higher risk for brain injury. Hypothermia, or cooling the body, can improve neurologic outcomes, but has limitations.

A new study in a large animal model, published April 29th in the journal JACC: Basic to Translational Medicine, suggests that adding a dash of hydrogen to the usual mix of respiratory gases could further protect babies’ brains.

When infants are placed on bypass or ECMO, blood flow is interrupted, causing temporary hypoxia, or low-oxygen conditions. The brain, a heavy oxygen user, is most susceptible to oxygen deprivation. But the real damage occurs when blood flow is restored and oxygen is reintroduced. Previously oxygen-deprived cells respond to the sudden influx by forming toxic chemicals known as reactive oxygen species, which damages DNA and cell membranes.

“During the reperfusion process, the cell mitochondria overreact and end up using oxygen to injure themselves,” explains John Kheir, MD, a cardiologist in Boston Children’s Hospital’s Cardiac Intensive Care Unit.

The body tries to scavenge these chemicals, but when the damage is very severe, the scavenging system is overwhelmed and tissues are injured. When this occurs in the brain, it can cause neurologic impairment. 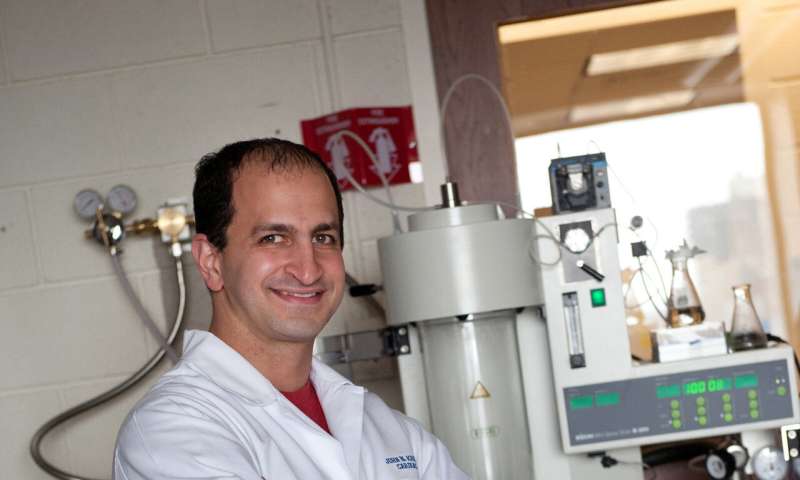 That’s where inhaled hydrogen gas (H2) comes in. The inert gas enters cells easily and reacts harmlessly with oxygen molecules, forming water. Kheir had read a landmark paper from Japan showing that hydrogen is a potent antioxidant; in rats, H2 buffered the effects of the reactive oxygen species, markedly suppressing brain injury when oxygen supply was cut and then reintroduced.

Kheir and his colleagues got a grant from the American Heart Association and Children’s Heart Foundation to test the idea of providing extra hydrogen, together with hypothermia, in piglets undergoing cardiopulmonary bypass. They added 2.4 percent hydrogen gas to the animals’ usual ventilation gases during and after arrested blood flow and hypoxia. Compared with controls, the treated animals did significantly better on neurologic evaluations. They had fewer seizures, smaller areas of tissue injury on brain MRI and decreased chemical markers of brain and kidney injury in their blood.

Kheir, also an associate professor at Harvard Medical School, is gearing up to test hydrogen gas in a clinical trial. Since H2 can be inhaled through conventional ventilators, it can easily be incorporated into clinical workflows, and it has already been tested in stroke patients in Japan. Kheir believes many patients at risk for brain hypoxia could potentially benefit from hydrogen, including infants undergoing congenital heart surgery or those suffering a stroke, cardiac arrest or pneumonia.

The first planned step is a small safety trial in eight healthy adult volunteers at Boston Children’s. Paid participants will inhale a hydrogen-containing mixture for escalating periods of time under close monitoring. Assuming the treatment is safe, Kheir then plans to expand to a Phase II trial with several other U.S. medical centers, involving patients undergoing cardiopulmonary resuscitation (CPR) who are then placed on ECMO.