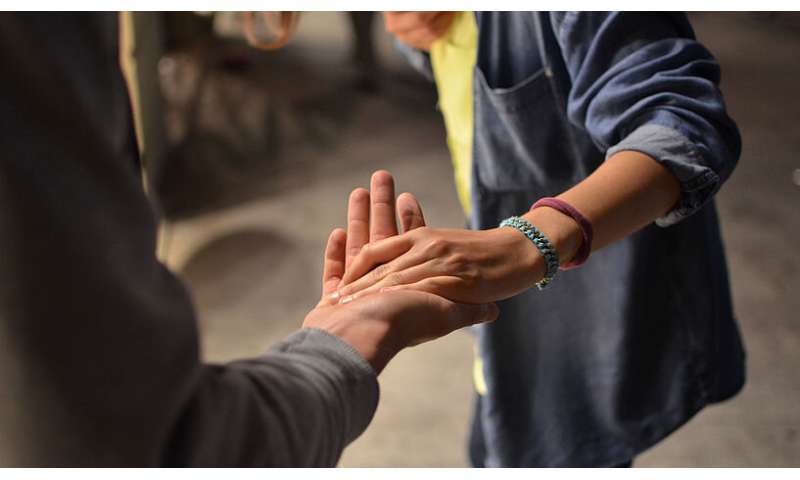 Social support can change the way we perceive an unpleasant situation, but some types of support seem more effective than others. An international team of researchers led by Giorgia Silani from the Faculty of Psychology at the University of Vienna, has shown that negative feelings and brain responses are modulated by the type of social support we receive after being socially excluded. The results of the study were recently published in the scientific journal Social Cognitive and Affective Neuroscience (SCAN).

Social exclusion threatens the human need for social interactions, with negative consequences on cognition, affect, and behavior. Social pain responses, that are situationally appropriate, such as feeling angry or avoiding a group after being rejected, may lead to less effective coping and long term social isolation. Understanding the mechanisms that can alleviate these negative consequences has become an important research target over the past years. In that regard, social support has been identified as a possible coping mechanism that may improve individual responses and overall well-being. A study recently published in SCAN shows that depending on the type of social support received, participants experienced either relief, or a worsening of their negative emotions associated with being ostracized. This was moreover associated with specific neural responses, as measured using functional magnetic resonance imaging.

The research was directed by Giorgia Silani, in collaboration with colleagues from the University of Vienna, the Universita della Svizzera Italiana, and the University of Turin. The international team used behavioural and functional magnetic resonance imaging (fMRI) measures to understand how social support can alleviate the negative consequences of social exclusion. 71 female participants underwent fMRI scanning while playing two consecutive sessions of a virtual ball tossing game (Cyberball) during which they were excluded by two other virtual players. Between the two sessions of exclusion, participants were divided into two experimental groups receiving either social support in the form of gentle touch of the hand (emotional support), or in the form of text messages with informative content, useful for understanding the situation (appraisal support). Both types of support were delivered by a friend.