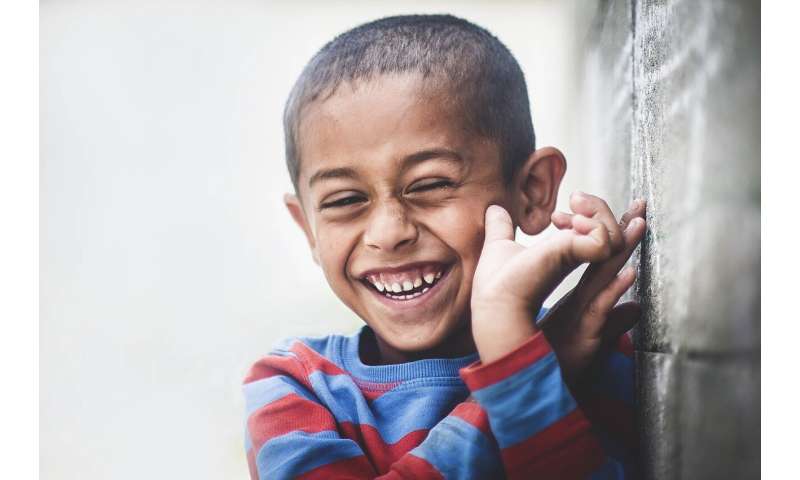 Software for an innovative wearable that could optimize the collection of data in psychological studies is being developed by researchers at Karl Landsteiner University of Health Sciences in Krems, Austria (KL Krems). The device will be tested on around 150 subjects as part of an investigation entitled “Laughter in everyday life.” The advantage of the wearable—in this case an armband—is that it can be quickly accessed to record data and is simple to operate. These advantages will come into their own in psychological studies that use the experience sampling method, where subjects are required to record everyday experiences. In the past, written records or smartphones have been used for data collection, but this can result in distortion of the findings.

Investigating such day-to-day behaviors as eating, smoking and sex using scientific methods is not so easy for psychologists. This is because the measures needed to collect data often disrupt the behavior and influence the results. The experience sampling method (ESM), which is commonly used in psychological studies, is usually based on personal observations by the subjects themselves. They keep diaries that record their actions, thoughts, feelings and so on. Previously, people would keep handwritten records, but today smartphone apps are often used. But such modern tools also inevitably lead to behaviors being disrupted. A much more elegant solution is currently under development at the Department of Psychology and Psychodynamics at KL Krems: a smart wearable.

Prof. Stefan Stieger of KL Krems’ Department of Psychology and Psychodynamics is well aware of the pros and cons of using smartphone apps for ESM. He and his working party have carried out several studies using this approach in recent years. Although this enables researchers to collect large quantities of data quickly and precisely, use of the app also interferes with the behavior being recorded: take out the phone, unlock it, open the app, carry out the required activity, close the app, turn off the phone and put it away again. “For instance, if you want to study smoking habits and the participants are requested to record their immediate craving for a cigarette in an app, because of that—although this is an exaggeration—they don’t fancy a cigarette any more, ” says Prof. Stieger. “Wouldn’t it be so much easier if people just had to press a button on their wrist?”

Prof. Stieger and his team are now programming such a wearable using a freely available development board. This may sound straightforward at first, but it is actually a major challenge. Although plenty of devices are available for sports to measure body functions such as blood pressure, a wearable for ESM studies needs to work differently. As Prof. Stieger points out: “It has to be usable for the full range of scientific purposes, and this means it will be an open source solution. So it can be programmed to perform different functions, depending on the study protocol.” The devices need to operate autonomously, save data independently of a network, and have low power consumption. They also have to be cheap, windproof, waterproof and shock-resistant.

No substitute for testing

The team has already programmed some prototypes, so testing can now begin. To do this, Prof. Stieger will focus on a truly pleasing aspect of human behavior: laughter. He has already analyzed this topic as part of an ESM study that employed smartphones for data collection. “A large proportion of the participants—about 30% – also complained that they didn’t have their smartphones with them all the time wherever they went, and that it was simply annoying to take out their phone and record the time they laughed when they were socializing with a group of people,” Stieger explains. “Clicking a button on a discreet wearable on their wrist would have been far easier.” And this is precisely what will be offered to more than a hundred participants in the “Laughter in everyday life’ project. In the process, Stieger will carry out a comparative study of individuals who will again use a smartphone app. According to Prof. Stieger’s hypothesis, this comparison will show that the group of subjects with wearables supply more accurate data, meaning that the form of data collection influences the findings.