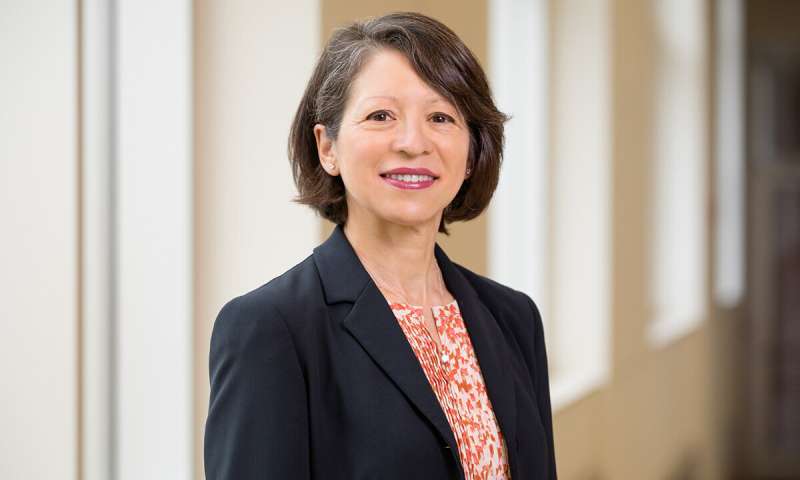 Mindfulness therapy may be an effective way of mitigating the stress experienced by spouses and other informal caregivers for military veterans, a new study by researchers at the University of Illinois suggests.

Kinesiology and community health professor Sandraluz Lara-Cinisomo led a pilot study that taught caregivers of veterans in central Illinois mindfulness-based cognitive therapy skills. The caregivers in the treatment group—mostly women caring for their spouses—reported significant decreases in their perceived levels of stress, anxiety and worry.

By contrast, the researchers found no significant changes in any of these symptoms among the participants assigned to the waitlist control group.

“This not only shows the feasibility but also the promise that mindfulness has for improving mental health outcomes in this vulnerable, hard-to-reach population,” Lara-Cinisomo said. “Although the study population was small, it shows that there’s interest in this type of programming.”

About 5.5 million informal caregivers, usually family members, provide daily care and support for U.S. military veterans. While recent federal legislation sought to bolster the financial support and assistance provided to these caregivers by offering programs such as mentoring, support groups, respite care and sometimes stipends, these services may be limited to those caring for veterans with specific diagnoses or types of injuries.

Moreover, some programs are designed primarily to serve the care needs of the veterans and only incidentally address the caregivers’ needs, the researchers wrote.

“While the Veterans Administration, the Dole Foundation and other organizations are providing services, there’s research to suggest that some services often don’t match caregivers’ needs,” Lara-Cinisomo said. “Furthermore, there’s been little research that has evaluated the effectiveness of current caregiver services.”

Lara-Cinisomo said that compared with caregivers in the general population, those caring for veterans experience higher levels of psychological distress, poorer overall health and increased “caregiver burden—which refers to the overall emotional, physical and financial strain associated with providing multiple forms of care.

Additionally, caregivers of veterans engage in twice as much highly stressful or physically demanding care, compared with other caregivers, according to the study.

The majority of caregivers in the study had been providing care for more than nine years and spent 21-30 hours solely attending to the veterans’ needs, in addition to other family obligations, Lara-Cinisomo said.

A large proportion of the veterans they were caring for had combat-related injuries along with a wide variety of other health issues, including mental illness and post-traumatic stress disorder, diabetes, cancer, traumatic brain injury and Parkinson’s disease, Lara-Cinisomo said.

To be eligible to participate in the eight-week intervention, caregivers had to be providing informal/unpaid care to a veteran, be at least 18 years old, able to walk or sit to perform the mindfulness activities and not have any mental health problems other than anxiety or depression.

Of the caregivers who met the screening criteria and enrolled in the study, 11 were randomly assigned to the mindfulness intervention and 12 to the waitlist control group. All of the participants completed the study, and those on the waitlist were offered the opportunity to go through the mindfulness training after the wait period.

Participants in the mindfulness intervention met weekly for two hours of instruction on the skills and how to apply them in stressful situations. These skills include focusing on body sensations to eliminate and reduce emotional activity, and concentrating on the present, as opposed to ruminating about their worries.

They were encouraged to practice these exercises at home for 30-40 minutes daily with the help of an audio CD. Participants reported that they spent an average of 19 minutes weekly engaging in the activities at home.