Back after baby! Amy Schumer returned to her comedy career two weeks after giving birth to her first child with her husband, Chris Fischer.

“Pic from tonight by @hewasfunny,” the comedian, 37, wrote on Instagram on Monday, May 20. “I’m back!” In the photo, the Girl With the Lower Back Tattoo author spoke into a microphone at New York City’s Comedy Cellar in a black dress.

CNN’s Jessica Yellin, who helped the actress announce her pregnancy back in October 2018, shared her support with a sweet comment. “I can only imagine what a pump room looks like at a comedy club,” the journalist, 48, wrote. “Welcome back. #rockstar.” 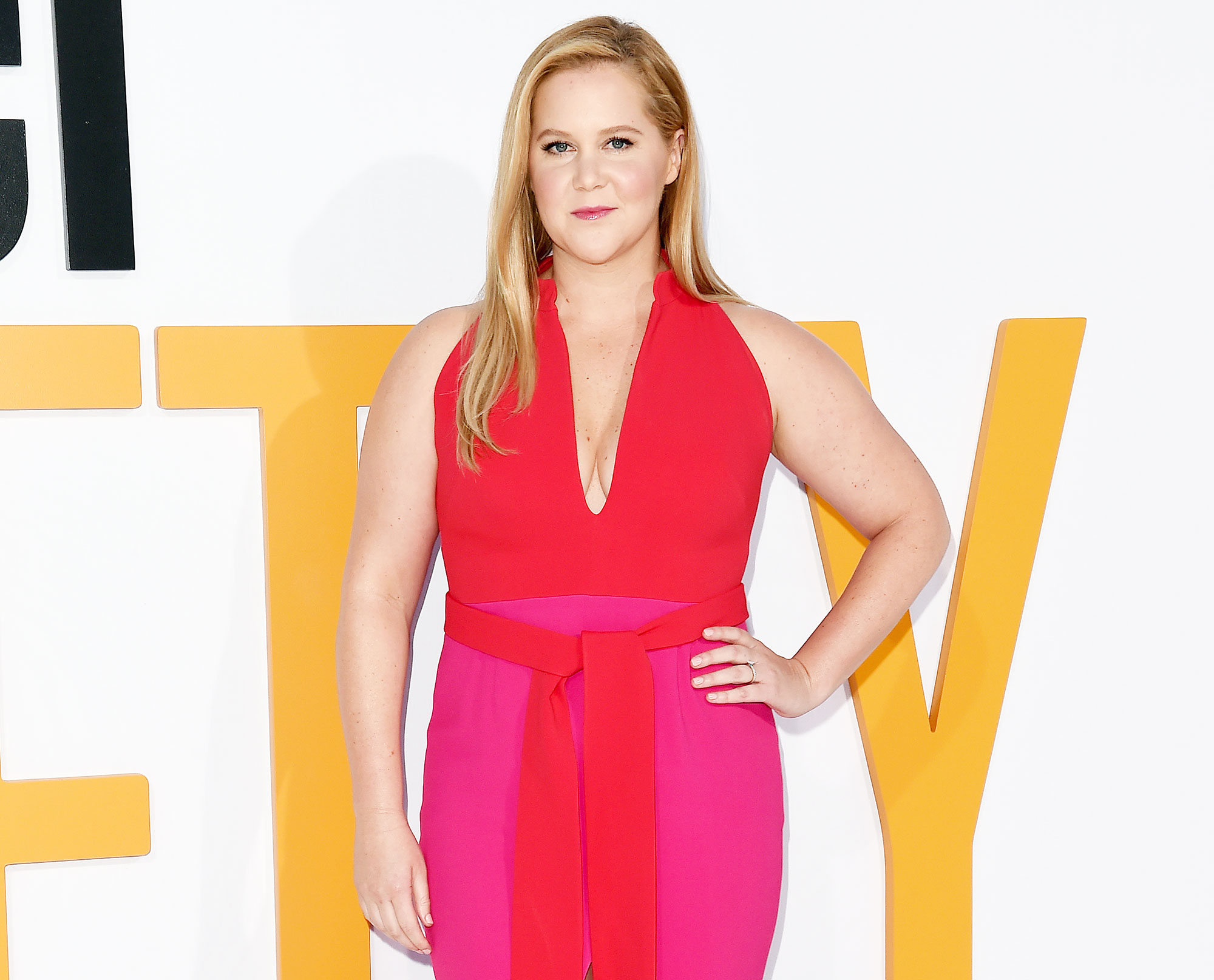 Schumer announced that her son had arrived on May 6 and revealed his name the next day. “Gene Attell Fischer and his dad Chris,” she captioned a photo of her baby boy and the Beetlebung Farm Cookbook author, 39.

While carrying her little one, the I Feel Pretty star suffered from hyperemesis gravidarum, which is characterized by severe nausea and dehydration. She stayed candid throughout the tough pregnancy, asking social media followers if she was “glowing” and sharing frequent puking videos.

On Saturday, May 18, she shared a pumping shot, writing, “Guys what are we doing tonight?”

Schumer and the Fischer tied the knot in February 2018 in a surprise Malibu wedding. “It was a very chill wedding. It was thrown together last minute,” a source told Us Weekly exclusively at the time. “Most of the guests found out the wedding was happening on Tuesday from a text message sent out by Amy on Sunday. It was like, ‘Hey, this is happening. If you can make it, great. If not, no worries.’ People were in and out all night. It was a gorgeous day. Everyone was having a good time.”