"Really bad cola. The watery postmix kind, with extra ice cubes so it's more watery. I still have no idea why I had such a specific and weird craving." 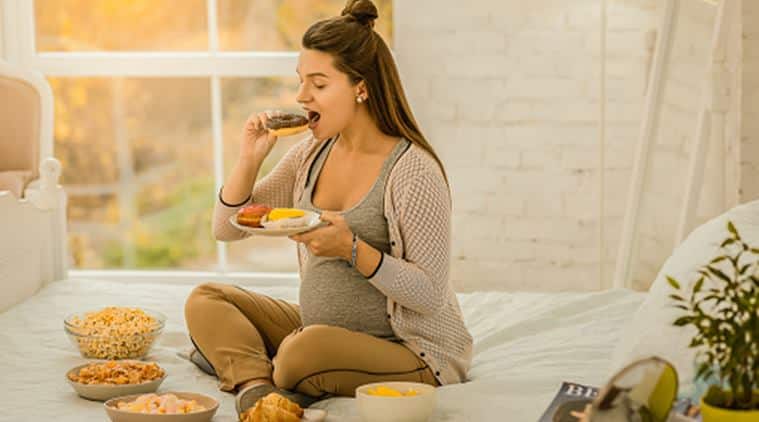 Pregnancy cravings are totally normal when there are vitamin, calcium or other nutrient deficiencies in the body. But sometimes, these cravings can be for really strange items. Some moms shared their weirdest pregnancy cravings on a Reddit thread. Take a look:

1. “Snow. I would wake up at 3 am craving snow so bad that I would leave the house barefoot in my PJs and eat it from the yard. I must have looked completely crazy.” -vanswobble

2. “During her first pregnancy, my wife craved swordfish from a specific, expensive restaurant. We were there at least twenty times. I enjoyed eating there too, but we weren’t rich. Popsicles would have been so much simpler.” -Scrappy_Larue

4. “Really bad cola. The watery postmix kind, with extra ice cubes so it’s more watery. I still have no idea why I had such a specific and weird craving.” -Rainbowcoloredpoop

5. “A bloody and violent death.” -oneofyrfencegrls

6. “I worked at a burger joint and right before the patties were ready to be flipped, still raw on one side, they smelled so damn good. I was tempted to eat it right off the grill. Hard to explain, the feeling was like someone was pouring rich molten chocolate all over the cooking meat and it made my mouth water. Obviously never indulged, but I did eat a farms worth of jalapenos and tomatoes.” -DabDap

Also Read| Amy Jackson’s ‘battle’ with pregnancy cravings is too relatable. Here’s how to cope